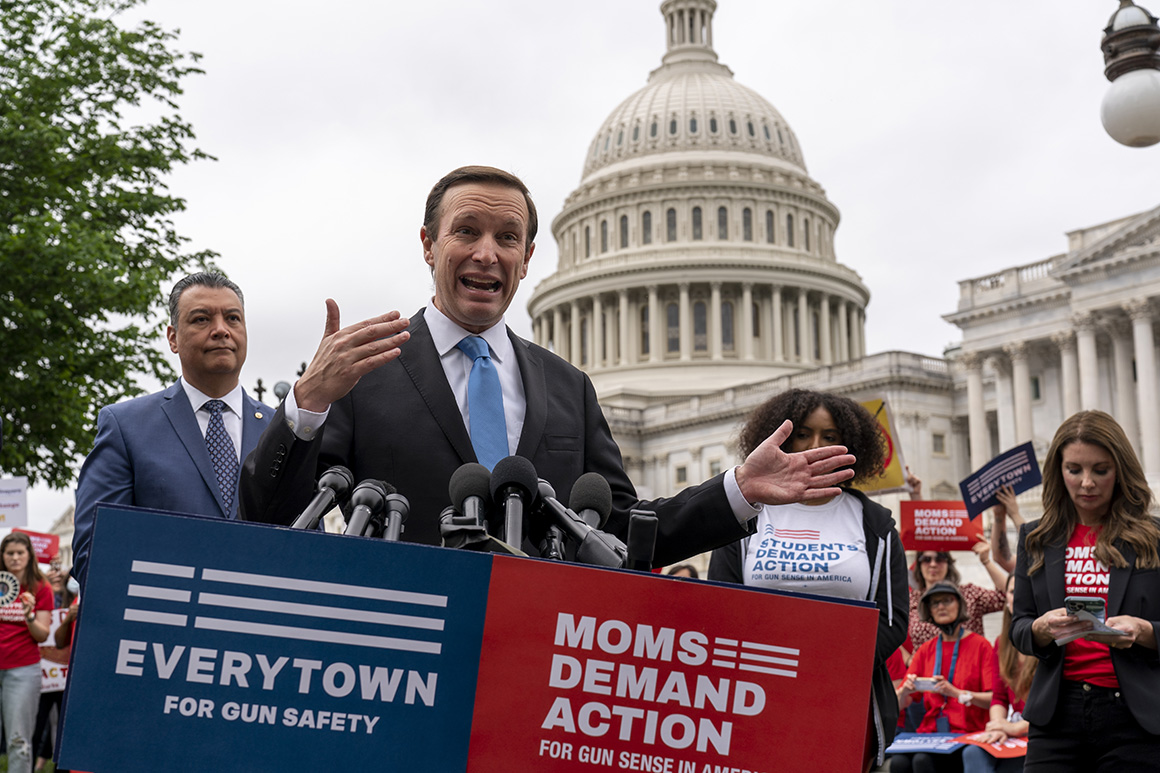 The Florida law, known as the red flag law, raised the age to buy long guns, including AR-15s, from 18 to 21, added a three-day waiting period, created a program to allow trained school staff to carry guns and invested $400 million in mental health and school security.

In terms of raising the age on long guns from 18 to 21, Murphy didn’t say whether that would be added to the national law. The senators involved, including Sen. John Cornyn (R-Texas), are focused on writing legislation that will reach 60 to 70 votes.

“We’re having a conversation about that specific population, 18 to 21, and how to make sure that only the right people, law-abiding citizens, are getting their hands on weapons,” he said.

Sen. Pat Toomey, who has worked to expand background checks since 2013, said Sunday he hoped the final Senate package would include that policy change. “I certainly hope we’re going to have an expansion of background checks,” Toomey (R-Pa.) said on CBS’ “Face the Nation.”

He added: “I just think it makes sense.”

While Murphy has said he is confident in the bipartisan effort to make something come of gun legislation, he knows attempts in the past have failed.

“I think the possibility of success is better than ever before. But I think the consequences of failure for our entire democracy are more significant than ever,” Murphy said to host Jake Tapper.