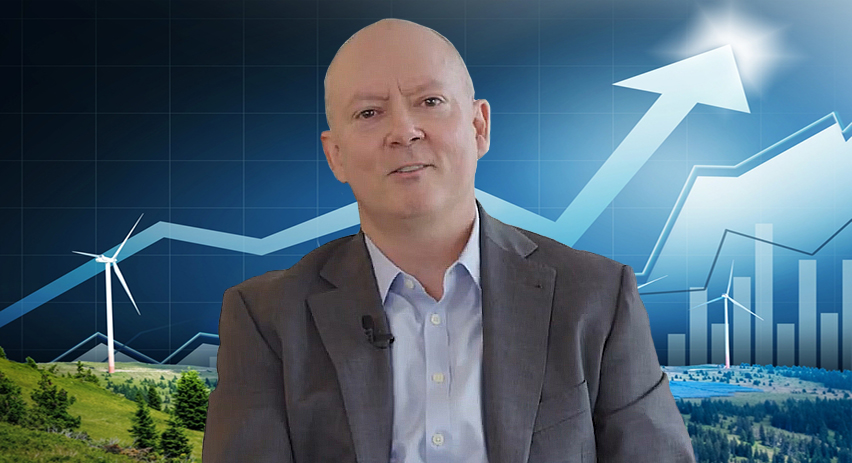 Clean tech and green energy sectors are on the cusp of a strong multiyear growth run. That’s the opinion of Morgan Stanley’s 5-star analyst Stephen Byrd who notes that political will is likely to support the practical benefits of clean and renewable energy to create a favorable environment for ‘clean and green’ tech over the next few years.

Outlining his view, Byrd writes: “We believe current valuations do not reflect the long-term robust growth and margin improvement that we see as a result of the IRA, driving our Attractive industry view… We highlight five themes impacting clean tech in 2023: (1) Focus on profitable growth and path to profitability, (2) IRA benefits materializing later than expected, (3) Supply chain easing in battery storage, driving strong growth and improved pricing, (4) Inflationary utility bills and deflationary distributed generation, and (5) Project announcements in green hydrogen.”

Against this backdrop, we’ve pulled up the latest scoop on three clean tech, green energy stocks that embody several of Byrd’s themes – and are showing a strong base for growth in the coming months. Here are the details, along with comments from Morgan Stanley.

We’ll start with Stem, a company that combines high-tech AI software with energy storage to create ‘smart’ battery systems. The company’s Athena platform is an AI-powered system that optimizes the various switches between grid power, on-site power generation, and stored power, allowing Stem’s business customers to realize savings of 10% to 30% on their energy bills. Stem boasts that Athena is the most utilized and most successful optimization platform in its class.

A look at some numbers will help to put Stem’s AI power management into perspective. The Athena platform is in use at more than 200,000 solar sites globally, has more than 25 gigawatts of solar assets under management – along with another 2.4 gigawatts of storage assets, and can learn from more than 1 billion hours of logged runtime data. This all adds up to a considerable market, which Stem estimates can grow to $1.2 trillion by 2050. In other words, this company is at the beginning of its ramp.

Stem’s last reported financial results, for 3Q22, also back up the theme of growth. The company reported record revenues of $100 million for the quarter, hitting the high end of guidance and growing 150% year-over-year. The company runs a net loss – but in 3Q22, the net loss moderated y/y from $116 million to $34 million. Stem ended the quarter with $294 million in liquid assets on hand.

Looking ahead, Stem has plenty of reason for optimism. The company’s 12-month pipeline, as of the end of 3Q22, came to $7.2 billion, a 29% increase year-over-year. This pipeline bodes well for future work projects and revenue. Also looking good for future work is the record contracted backlog, which in Q3 grew 162% y/y to reach $817 million. These numbers indicate an increasing demand for Stem’s products and expertise.

Looking at STEM from an investment angle, Morgan Stanley’s Stephen Byrd lays out a strong case to buy this stock. He writes, “We believe improvement in global battery supply, IRA support through a standalone storage ITC, and STEM’s focus on driving higher margin software sales positions STEM as an attractive energy storage play into 2023. We like STEM’s approach to profitability with its focus on recurring software revenue rather than on storage hardware, which we believe is becoming increasingly commoditized.”

An upbeat stance like that should naturally come with an upbeat forecast. Piggott rates STEM shares a Buy with a $15 price target, implying an upside of 46% for the coming year. (To watch Byrd’s track record, click here)

Overall, STEM gets a Strong Buy rating from the Wall Street analyst consensus, based on 4 unanimously positive recent reviews. The stock is selling for $10.27 and its average price target of $16.25 suggests ~58% one-year upside potential. (See STEM stock forecast)

The next green energy stock we’re looking at is Altus Power. This is a player in the solar energy ecosystem, where it bills itself as a full-service solar company, offering solar energy solutions for community, commercial, and industrial markets, at any scale. Altus’ solutions include solar power installations for electrical generation, energy storage, and EV charging, combining the benefits of renewable power with affordable pricing. Altus has generated more than 2.9 billion kilowatts of solar electricity since getting started back in 2009.

Altus is always looking to expand its power generation capacity, and to further that, the company has a record of smart acquisitions. This past December, Altus announced a $293 million agreement under which it acquired 220 megawatts of solar assets – both existing and under construction – from True Green Capital Management. And earlier this month, Altus announced a new financing agreement under which it increased its credit facility to $141.3 million. This expanded credit will be used to optimize the portfolio assets it recently acquired from D.E. Shaw Renewable Investments.

In its most recent quarterly report, 3Q22, Altus showed a quarterly increase in its energy generation capacity of 100 megawatts. The company had revenues of $30.4 million, a y/y gain of 51%. Altus’ quarterly net loss, by GAAP measures, came in at $96.6 million – but the company’s $290 million in cash on hand was enough to fund the True Green acquisition.

Stephen Byrd lays out the Morgan Stanley view of Altus, with several points indicating why this stock should be attractive for investors. Listing those points, Byrd states, “We believe AMPS will continue to serve as a market-leader in C&I distributed solar development, which is poised to grow significantly, supported by (i) rising utility bills, (ii) rising grid instability, (iii) customer demands for price certainty (i.e., not exposed to fluctuating power prices), and (iv) corporate decarbonization goals.”

Looking ahead for the stock, Byrd rates it an Overweight (i.e. Buy), with a $12 price target to indicate potential for an upside of 47% this year.

Overall, the bulls are definitely running for AMPS; the stock has 6 recent analyst reviews, and they are all positive – for a unanimous Strong Buy consensus rating. The stock is priced at $8.14, and its $12 average price target is in line with the Morgan Stanley view. (See AMPS stock forecast)

Last but not least is Bloom Energy, a clean-tech energy firm focused on the intersection of energy storage and energy generation. Bloom offers an industry-leading platform for electric power generation and storage through solid oxide fuel cells. These are an alternative technology to existing battery systems or fossil fuels, and produce power through electrochemical conversion. Solid oxide fuel cells have the twin advantages of low emission power generation and relatively high efficiency.

For the green conscious power consumer, Bloom’s technology offers several other advantages, as well. The company’s fuel cells are always ready for power generation, allowing for a highly resilient backup to grid power. The main by-product of the fuel cells’ operation is simply hydrogen, which itself be captured for use as a fuel. The company’s customer base includes such major names as FedEx, Honda, Google, and Comcast.

Bloom’s quarterly results tent to be somewhat volatile, with peaks coming in Q4. In the last reported results for 3Q22, Bloom showed a top line of $292.3 million, up 41% year-over-year and a company record for total quarterly revenue. At the bottom line, the GAAP EPS was a loss of 31 cents, a relatively flat y/y.

Looking at the stock’s performance, we can see that Bloom Energy shares climbed ~47% over the past 12 months.

“We see a strong setup into 2023 as the company gains operating leverage from its Fremont manufacturing facility, and rising utility bills and grid instability, driving continued demand for its fuel cell applications,” the analyst added.

In Byrd’s view, this justifies an Overweight (i.e. Buy) rating, and his price target, of $35, implies the stock will gain 47% over the next 12 months.

All in all, Bloom Energy gets a Strong Buy consensus rating from the Street’s analysts, based on 9 recent reviews that include 7 to Buy and 2 to Hold. The shares have an average price target of $30.22, suggesting a gain of ~27% from the current share price of $20.22. (See Bloom stock forecast)

Disclaimer: The opinions expressed in this article are solely those of the featured analysts. The content is intended to be used for informational purposes only. It is very important to do your own analysis before making any investment.