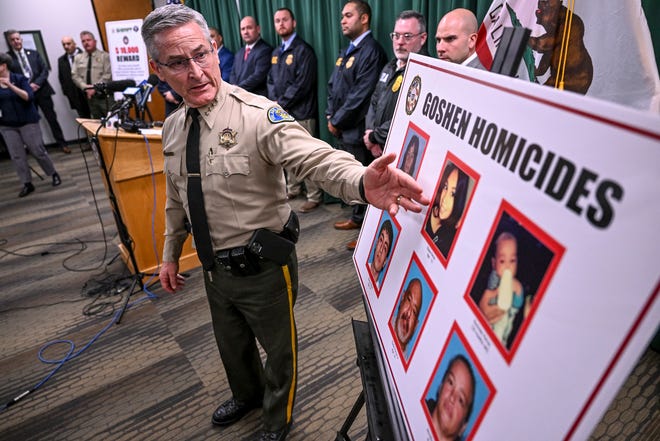 VISALIA, Calif. — A shooter fired after standing over a teenage mother and her infant while they tried to escape the attack at a rural central California home linked to drugs and gang activity early Monday, officials said.

Officials in Tulare County released new details on the “massacre” in Goshen, a community of about 3,000, on Tuesday, including that a shooter also shot a 72-year-old grandmother while she slept in the home.

Tulare County Sheriff Mike Boudreaux said the mother and child were shot “assassination-style” in the attack.

“It’s shocking that we live in a community where this type of violence exists,” Boudreaux said.

The victims were identified and officials said they believe they are part of a family:

Around 3:30 a.m. Monday, gunshots erupted in the typically quiet neighborhood of Harvard Road. It was initially believed to be an active shooting in progress because of the amount of gunfire heard.

Down the street they discovered the teen mom and her baby. A forensics investigation revealed she had tried to run away before the shooter caught up with her and stood over her and fired multiple rounds into her skull, Boudreaux said.

Deputies found a total of six bodies inside and outside of the home.

DEVELOPING INTO THE EVENING:For an update later tonight, sign up for the Evening Briefing.

From the time a survivor called 911 to when deputies arrived was less than 10 minutes. There were three survivors. One of the survivors hid inside the house while the shooters went from room to room killing those inside.

“It was clear the shooters stood over the 16-year-old mother and shot rounds into her head,” Boudreaux said. “The 10-month-old infant also suffered the same attack. None of this was by accident.”

Authorities are looking for two suspects and are offering a $10,000 reward for information leading to their capture.

The precision and level of violence shown by the shooters indicate a link to a drug cartel or high-ranking gang members, Boudreaux said.

“I am not eliminating that possibility,” the sheriff said. “These people were clearly shot in the head and they were also shot in places where the shooter would know that a quick death would occur … This is also similar to high-ranking gang affiliation and the style of executions that they commit.”

A drug search warrant had been served at the home just a week prior following a compliance check. Marijuana, methamphetamine, money, and guns were taken from the home. Eladio Parraz, who was a convicted felon, was arrested. He bailed out four days later.

There is also a history of gang and drug activity at the home, but not everyone who lived there were gang members or drug users, Boudreaux said.

The sheriff said he is confident detectives will find the killers.

“This was a cartel-like execution. We are not eliminating the idea that the cartel was involved,” Boudreaux said. “But we are looking at all avenues. We are looking at every fact. We will not give up until we find these monsters.”

Samuel Pina said Alissa was his granddaughter and the baby, Nycholas, was his great-grandson. He said the family is in shock.

“I can’t wrap my head around what kind of monster would do this,” he told The Associated Press on Monday. 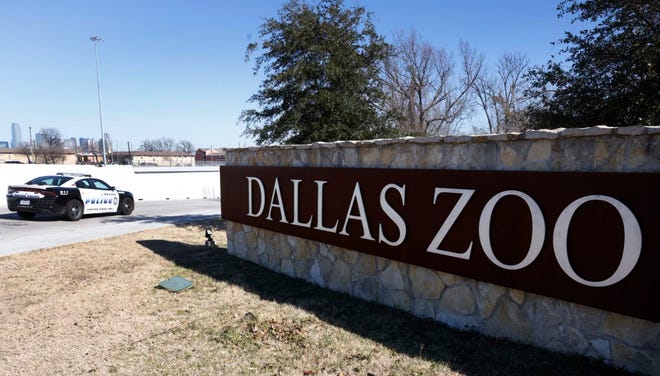