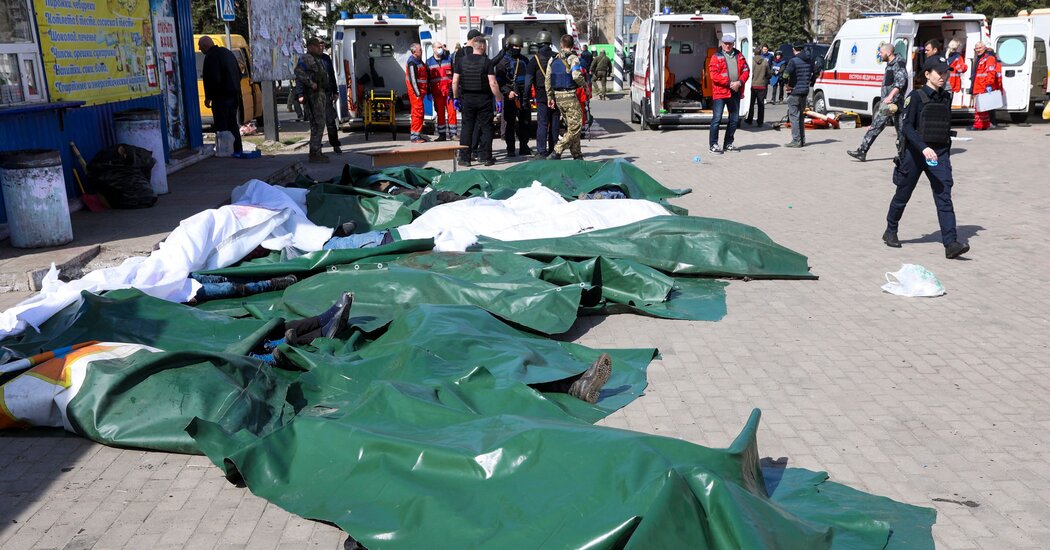 On Friday, the European Union formally approved its fifth round of sanctions against Moscow, which included a ban on Russian coal and restrictions on Russian banks, oligarchs and Kremlin officials. The coal ban, which will cost Russia about $8.7 billion in annual revenue, takes effect immediately for new contracts. At Germany’s insistence, however, existing contracts were given four months to wind down, softening the blow to Russia and Germany alike.

Nevertheless, Prime Minister Boris Johnson of Britain, meeting with the German chancellor, Olaf Scholz, in London on Friday, applauded what Mr. Johnson called the “seismic decision” by Germany to turn away from Russian fuel. Britain has pushed for a total ban on Russian energy, a move that Germany, which heats half its homes with Russian gas, has resisted.

Mr. Johnson acknowledged the obstacles to transforming Germany’s energy system “overnight,” but said “we know that Russia’s war in Ukraine will not end overnight.” Mr. Scholz said Mr. Putin had tried to divide European powers, but “he will continue to experience our unity.”

On Friday, Russia retaliated for some of the punishments from the West, declaring 45 Polish Embassy and Consulate staff “persona non grata,” and ordering them to leave Russia. Poland had expelled the same number of Russian diplomats.

Russia’s Justice Ministry also said it had revoked the registration of several prominent human rights groups in the country, including Human Rights Watch and Amnesty International, which have accused Russian troops of committing war crimes in Ukraine. The ministry accused the groups of violating an unspecified Russian law. The decision means the organizations are no longer allowed to operate in Russia.

Human Rights Watch said that forcing its office to close would not change its determination to call out Russia’s turn to authoritarianism. The group said it had been monitoring abuses in Russia since the Soviet era.

“We found ways of documenting human rights abuses then, and we will do so in the future,” it said.