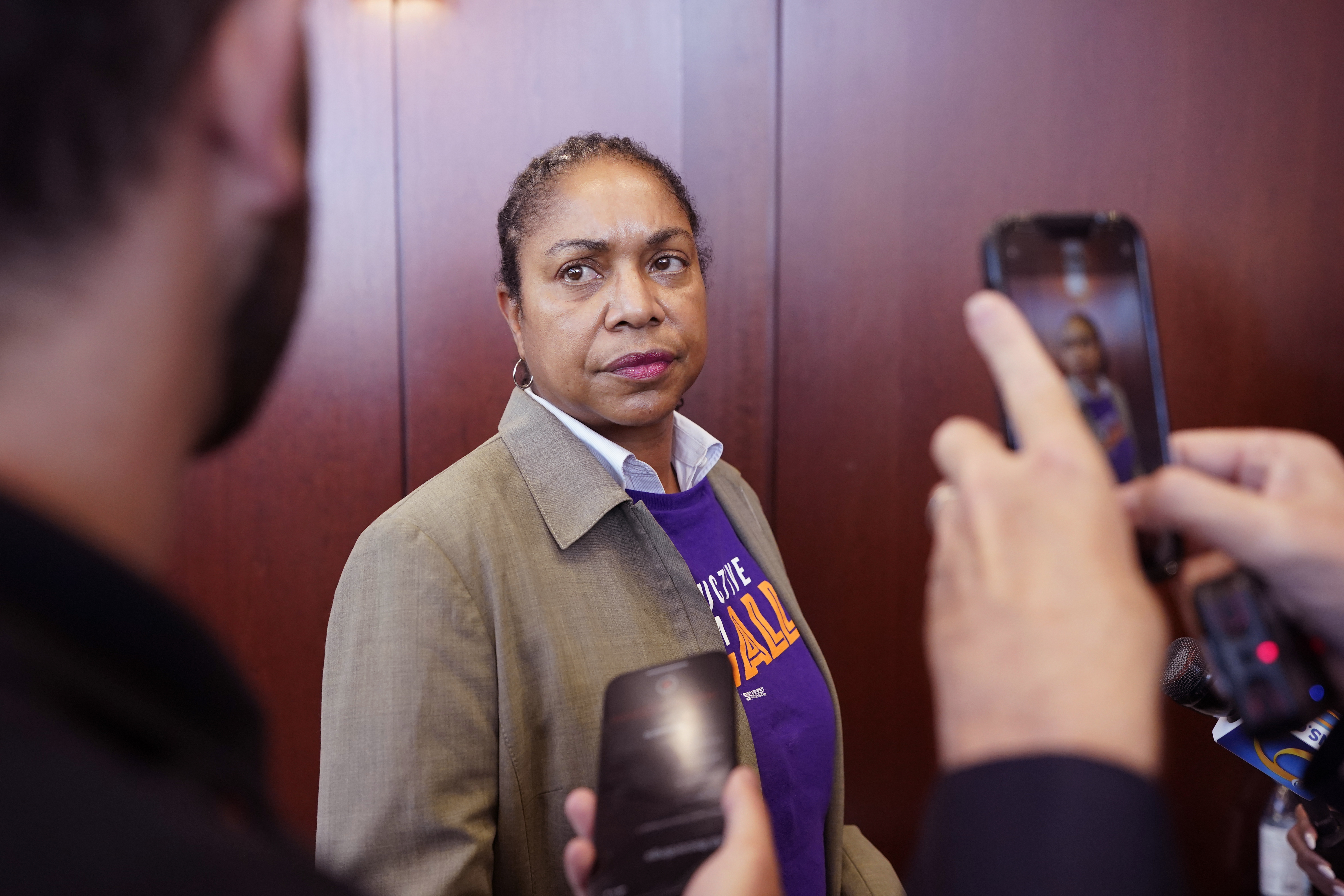 The amendment — now in limbo — would insert permanent protections into the state’s constitution not only for abortion but also for other reproductive health services, including miscarriage management, birth control, prenatal care and in-vitro fertilization. It also would stop the state’s 1931 abortion ban from going back into effect should state courts uphold it in two pending cases involving lawsuits by Planned Parenthood and Democratic Gov. Gretchen Whitmer. The ban, which has no exemptions for rape or incest, remains blocked by a lower county court.

The Bureau of Elections previously recommended that the measure be approved. But the Board of State Canvassers deadlocked 2-2 on Wednesday on whether the abortion rights initiative should be certified after hearing arguments from anti-abortion advocates who argued that spacing and formatting errors in the text of the proposed amendment that volunteers around the state presented to voters for their signatures rendered the effort invalid.

There was no challenge to the validity of the signatures submitted by the Reproductive Freedom for All group, which far exceeded the roughly 425,000 required to qualify.

Both Republicans on the board voted against certification while both Democrats voted for it.

Pending action by the state Supreme Court, it’s unclear whether Michigan will join a growing number of states where voters will determine to what extent abortion remains legal following the fall of Roe v. Wade — with votes scheduled for November in California, Vermont, Kentucky and Montana. Along with a slew of pending court cases and state legislative battles, these ballot initiatives have the potential to remake the country’s abortion access map as the number of states implementing near-total bans has mounted.