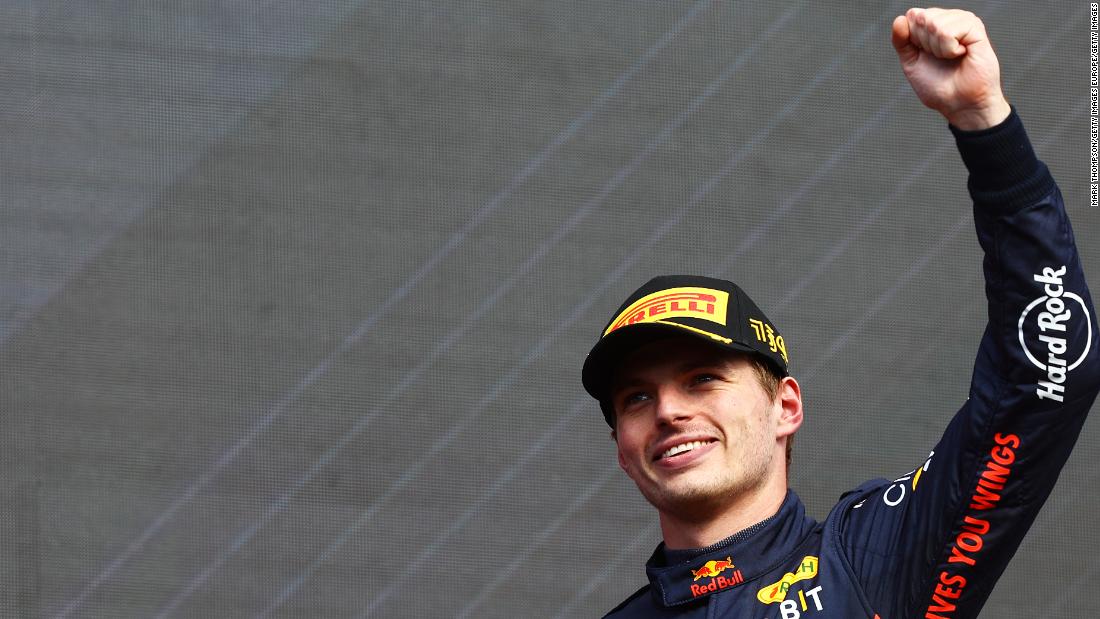 Despite being fastest in qualifying, the Red Bull driver started towards the back because of a grid penalty for using too many engine parts.

However, Verstappen produced some excellent, attacking driving to weave his way through the pack, showing the speed and quality driving to win the race for the second year in a row.

The Dutch driver finished 17.8 seconds ahead of his Red Bull teammate Sergio Perez, with the Mexican driver comfortably finishing second ahead of Ferrari’s Carlos Sainz in third.

The win is Verstappen’s ninth grand prix victory of the season, meaning the reigning champion stretches his lead atop the Formula One driver’s championship to 92 points. Perez moved to second in the table, surpassing Charles Leclerc, who could only finish fifth.

After the race, Verstappen praised the work of the whole Red Bull team, as well as looking ahead to his home race, the Dutch Grand Prix, which takes place next week.

“It was a really hectic first lap, to stay out of trouble, but after the safety car, the car was on rails,” Verstappen explained.

“After that, once we were in the lead, it was just about just managing everything. The whole weekend was incredible. It’s been a weekend I couldn’t imagine — I’m going to enjoy today and then next week, let’s see what we can do.”

No loss of confidence

Starting 14th was no problem for Verstappen.

Even before the race, despite so many cars ahead of him, the 24-year-old never lost confidence in his chances of finishing on the podium. “I think with the pace we have in the car, I want to move forward, and I want to be at least on the podium,” he said ahead of the race.

Under the sunny Belgian skies, from the first lap, he showed why his confidence wasn’t misplaced. From the seventh lap, he was already up to fifth.

And after the first round of pit stops, Verstappen had the lead and looked comfortable from then on, barely having to fend off any challengers throughout.

“Amazing Sunday guys, car was a rocket ship all weekend,” Verstappen said on his team radio having crossed the finish line.

Elsewhere, it was another afternoon of struggles for seven-time world champion Lewis Hamilton, who crashed out of the race during the first lap having collided with Fernando Alonso.

Speaking to Sky Sports during the race, Hamilton said he took responsibility for the crash.

“Looking back, he was in my blind spot, I didn’t give him enough space. It is my fault,” the 37-year-old said.

“I could not see him. I am sorry to the team and I need to recuperate and get back on the treadmill.”