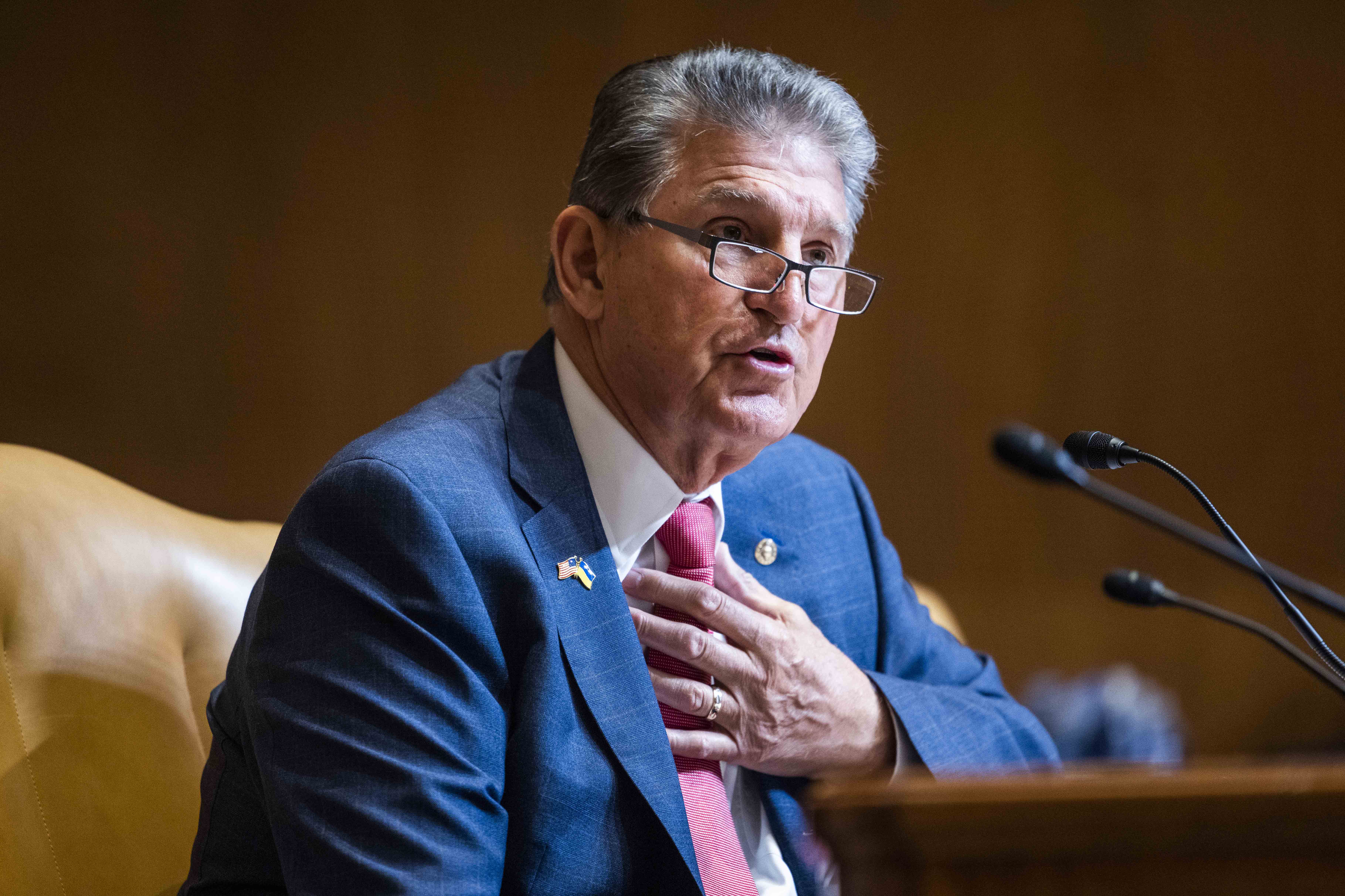 “Reconciliation for me is about getting inflation under control, paying down this debt, getting a handle on what’s going on” through tax reform, Manchin told reporters after meeting with Schumer.

The gregarious centrist, whose vote is essential for anything to pass the 50-50 Senate, said his bipartisan energy discussions did not mean climate change provisions would be left out of any reconciliation bill that can advance.

“No, no, no,” he said, adding climate would be a “big factor” as lawmakers assemble party-line legislation.

Senators who attended, he added, are “just seeing if there’s a commonality to make sure we have reliable energy and also be able to go down the path to address the climate issues we’re all concerned about.”

Even those Republicans who participated or were invited to the session sounded dubious that any deal would ultimately come together.

“Is there something that can attract 10 Republicans that doesn’t scare away 10 Democrats?” said Sen. Kevin Cramer (R-N.D.), singling out carbon capture and nuclear energy incentives. “If it starts looking like a reconciliation or Build Back Better, then obviously Republicans will be out.”

Sen. Shelley Moore Capito (R-W.Va.), who didn’t attend the meeting but saw some of the materials, was similarly unimpressed and called the chances of a deal “a long shot.”

“It looked just like BBB to me. I am not sure if there is a sweet spot there,” she said.

Other Democrats are leery of Manchin’s new push to find 10 Republicans to agree on a climate and energy bill, suspecting it will prove futile. For some in the party, it’s reminiscent of his failed effort to get Republicans on board with election and voting reform. But Manchin was quick to point out that the Senate came together last year to pass a bipartisan infrastructure bill after negotiations he helped spearhead.

And there’s some recent history to show Manchin could succeed; a bipartisan energy package that he and Murkowski crafted got included in 2020’s year-end spending bill, which included climate benefits. However, any legislation that could attract 10 Republicans would likely be a bitter pill for climate hawks wary of significant further investments in fossil-fuel technologies.

“I think that’s going to be a heavy lift. If he can do it, great,” Sen. Ben Cardin (D-Md.) said. “I think the easier path is reconciliation.”

Others shared that sense of skepticism. Sen. Angus King (I-Maine), a member of the Energy Committee, called a deal “difficult.”

“It would require 10 Republicans, and unfortunately the closer we get to an election the less likelihood there is of bipartisan cooperation,” he said in an interview.

Manchin also wants to increase the corporate tax rate to 25 percent and the capital gains tax rate to 28 percent. His fellow centrist Sen. Kyrsten Sinema (D-Ariz.), however, has previously resisted tax rate increases and steered her attention toward creation of new levies focused on upper-income earners.

Schumer has not set a deadline for when the Democratic caucus would need to come together on a party-line package, although a reconciliation bill would have to pass by the Sept. 30 end of the fiscal year in order to maintain protection from a GOP filibuster. While Democrats have focused their messaging in recent weeks on lowering costs and addressing inflation, the path forward to a proposal that would unite all 50 members of the caucus is murky at the moment.

Schumer described his meeting with Manchin as “preliminary and good” and said they’d continue talking.

“There are varying levels of optimism” in the Democratic caucus about the prospects for a party-line bill, said Majority Whip Dick Durbin (D-Ill.). “I’m more skeptical.”