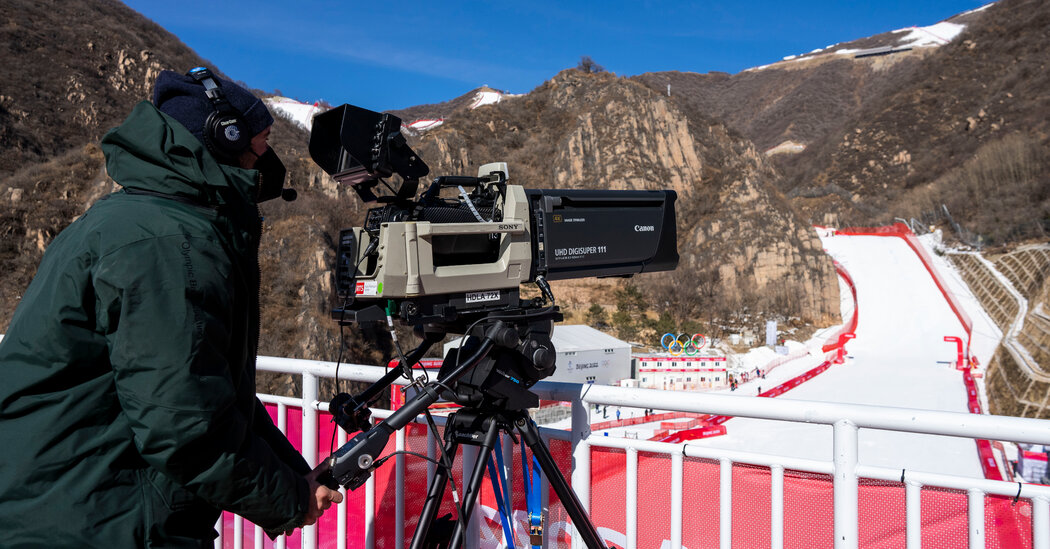 A partly torn left Achilles’ tendon prevented her from walking during the opening ceremony of the 2018 Games in Pyeongchang, South Korea. But weeks later, Meyers Taylor won a silver medal while wearing spikes modified by her husband, Nic Taylor, and enough tape to make a mummy proud.

“Afterward, it was just destroyed,” she said of her Achilles’, adding, “Fortunately, I was able to recover.”

In Beijing, Meyers Taylor, 37, is hoping to burst through another round of opening adversity in a similar way. Initially chosen as a flag bearer for the United States, she had to watch the parade of nations from isolation in a hotel room. Meyers Taylor had tested positive for the coronavirus shortly after arriving in China, so by Friday her pride at her distinction had been tempered by worries that her Games were over before they had begun.

By Saturday night, she was in tears for the right reasons: She said she cried after receiving her second consecutive negative test. That allowed her to leave isolation and get back to full training for the monobob event and the two-woman bobsled competition. Meyers Taylor, a three-time medalist, will be among the favorites in both events.

“I came here to compete in these Games, and I’ve been hauling my son around for two years, everywhere in the world,” she said. “I’ve put my family through all of this to make sure I could live this Olympic dream, and to finally get to do it and to be able to finally get out there — it feels, in some ways, a little bit of a redemption.”

The positive test had introduced a difficult set of circumstances for Meyers Taylor and her husband, an alternate for the U.S. men’s bobsled team, to navigate as they juggled parenthood, the pandemic and the Olympics.

The couple traveled to China with their 2-year-old son, Nico, who has Down syndrome and profound hearing loss, and Meyers Taylor’s father, Eddie Meyers. The family passed Covid tests after landing in China. Two days later, a stunned Meyers Taylor learned she had tested positive; she was moved to a room away from her family while awaiting her confirmation test.

They were allowed to stay in the same hotel while the others awaited their results, and so she could still breastfeed Nico. Once all four family members tested positive, though, they were taken individually to an isolation hotel. Meyers Taylor stayed by herself, two rooms from her family, to give herself the best odds of being cleared to compete.

She filled the six days by talking with her family members; by going through cramped, innovative workouts (she had a barbell delivered for weight lifting); and by pumping breast milk. “It seemed like the days went by pretty quickly, because I felt like I was busy all day,” she said.

Escaping isolation, though, has been bittersweet. Her family members are asymptomatic and remain isolated. Meyers Taylor plans to restart her regular training and pump breast milk to be delivered to Nico once a day. But her path to an elusive gold medal is still viable.