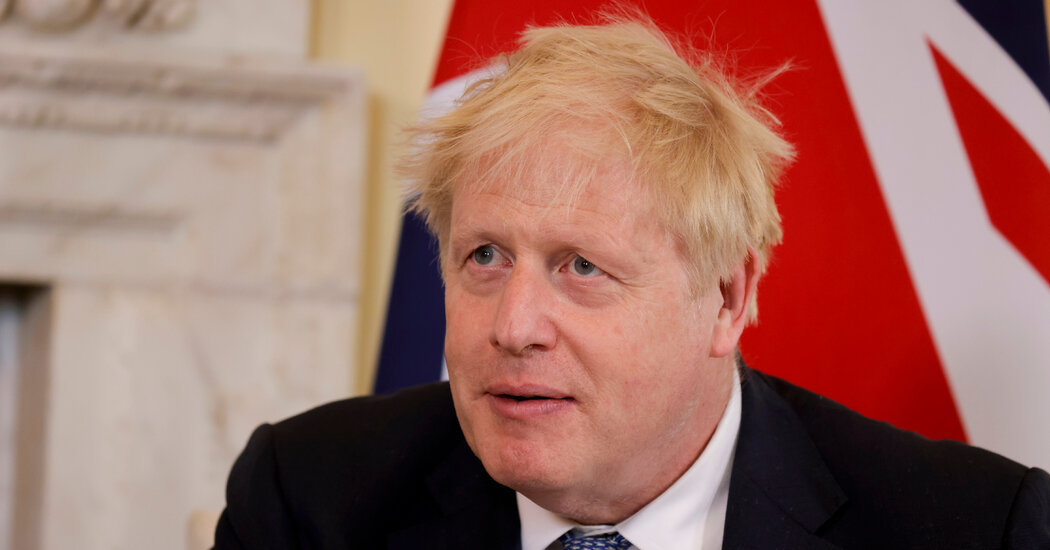 LONDON — As Conservative lawmakers prepared for a private vote on the future of Boris Johnson, Britain’s airwaves and social media were packed on Monday with very public expressions of support for and criticism of the beleaguered prime minister.

“I’ll be voting for Boris this evening,” Michael Gove, a cabinet minister whose brief includes housing policy and local government, wrote on Twitter. “We need to move past this moment and unite behind Boris.”

Rishi Sunak, the chancellor of the Exchequer, also expressed his support for Mr. Johnson. “The PM has shown the strong leadership our country needs,” he wrote on Twitter. “I am backing him today and will continue to back him.”

Sajid Javid, the health secretary, told BBC radio that he did not support the no-confidence vote. “The country wants to see us focus on the big challenges ahead,” he said.

Jeremy Hunt, the former health secretary who was Mr. Johnson’s defeated rival in the last Conservative leadership contest, has been discussed as a potential successor while stopping short of a public challenge. On Monday, he announced he was going to vote against the prime minister. “Today’s decision is change or lose. I will be voting for change,” he wrote on Twitter.

John Penrose, a member of Parliament who also held an unpaid position as the government’s anticorruption champion, quit that role, saying that the prime minister had almost certainly broken the code of conduct for government ministers. “That’s a resigning matter for me, and should be for the PM too,” he wrote.

Jesse Norman, a former backer of Mr. Johnson, wrote him a letter withdrawing his support, citing a variety of reasons, including the lockdown-breaking parties at Downing Street, and a plan to send asylum seekers to Rwanda, which he called “ugly.”

“For you to prolong this charade by remaining in office not only insults the electorate,” he wrote, but also makes a change of government at the next election more likely.

Opposition politicians have urged Conservatives to vote against Mr. Johnson.

“I think they’ve got to show some leadership and vote against the prime minister,” Keir Starmer, the leader of the main opposition Labour Party, told LBC radio on Monday. “He’s lost the trust, I think, of the country, I think that’s pretty clear on all the evidence that I’ve seen.”

Ed Davey, the leader of the centrist Liberal Democrats, said Monday was “judgment day” for Conservatives. “If they fail to sack Boris Johnson, it will be an insult to all those who made sacrifices and suffered while he partied,” he wrote on Twitter.