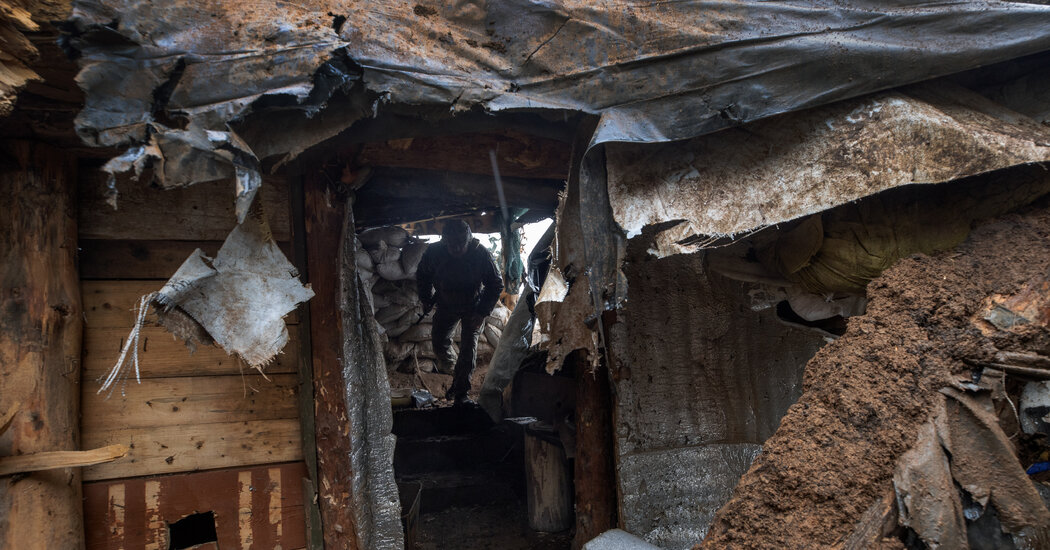 KYIV, Ukraine — As fears of an Russian invasion of Ukraine grew, the Russia-backed separatists in eastern Ukraine called for the evacuation on Friday of every woman and child in the region, claiming that the Ukrainian military was about to launch a large-scale attack.

The head of Ukraine’s ministry of defense said the claim an attack was imminent was false, a ploy designed to inflame tensions and offer a pretext for Russia to invade. He made a direct appeal to people living in the region, telling them they were fellow Ukrainians and were under no threat from Kyiv.

The separatist leaders called for evacuation as state-controlled media in Russia released a steady stream of reports claiming the Ukrainian government was stepping up attacks on those breakaway regions — Donetsk and Luhansk.

The United States and its NATO allies have warned for days that Russia might use false reports out of eastern Ukraine about violence threatening ethnic Russians living there to justify an attack. The hyperbolic warnings from the separatists — who offered no proof of imminent danger — were greeted with a sense of urgency by the Ukrainian government.

The defense minister, Oleksiy Reznikov, urged Ukrainians in the separatist-held territories to ignore Russian propaganda that the Ukrainian government was going to attack them. “Don’t be afraid,” he said. “Ukraine is not your enemy.”

But Denis Pushilin, the pro-Moscow leader of the Donetsk People’s Republic, a secessionist state in Ukrainian territory, offered a starkly different version of what might be coming.

“Very soon, President of Ukraine Volodymyr Zelensky will order the military to go on an offensive, to implement a plan to invade the territory of Donetsk and Luhansk people’s republics,” he said in a video posted online, offering no evidence.

“From today, Feb. 18, a mass organized transfer of the population to Russia is being organized,” he added. “Women, children, and the elderly will need to be evacuated first. We urge you to listen and make the right decision.” He noted that accommodation would be provided in Russia’s nearby Rostov region.

The leader of the separatists in Luhansk, Leonid Pasechnik, put out a similar statement on Friday urging people who are not in the military or “operating social and civilian infrastructure” to leave for Russia.

While Moscow and Kyiv have long offered wildly different narratives in the conflict, the call for some 700,000 people to flee the region and seek safety in Russia was a dramatic escalation. It remained unclear how many people were actually leaving the country.

Vladimir V. Putin of Russia has claimed that Ukraine is committing “genocide” in the eastern Donbas region and his ambassador to the United Nations has compared the government in Kyiv to Nazis.

On Friday night, reports of a major car bombing in the region and other attacks were broadcast across Russian state media. It was hard to independently verify the reports as access to Western journalists is severely restricted in the secessionist territory.

Social media was flooded with contradictory accounts and images that could not be immediately verified.

Some pictures posted online showed people lining up at cash machines, suggesting mass flight, while a Ukrainian official sent a video from what he said was a traffic camera in Donetsk, which did not show bus convoys or any signs of panic or evacuation.

Earlier in the day, Michael Carpenter, the U.S. ambassador for the Organization for Security and Co-operation in Europe, said that Russia was looking for a pretext to attack Ukraine and exploit the deep tensions in the eastern region of Donbas.

“Starting several weeks ago, we acquired information that the Russian government was planning to stage a fabricated attack by Ukrainian military or security forces against Russian sovereign territory, or against Russian-speaking people in separatist-controlled territory, to justify military action against Ukraine,” he wrote, adding that international observers should “beware of false claims of ‘genocide.’”