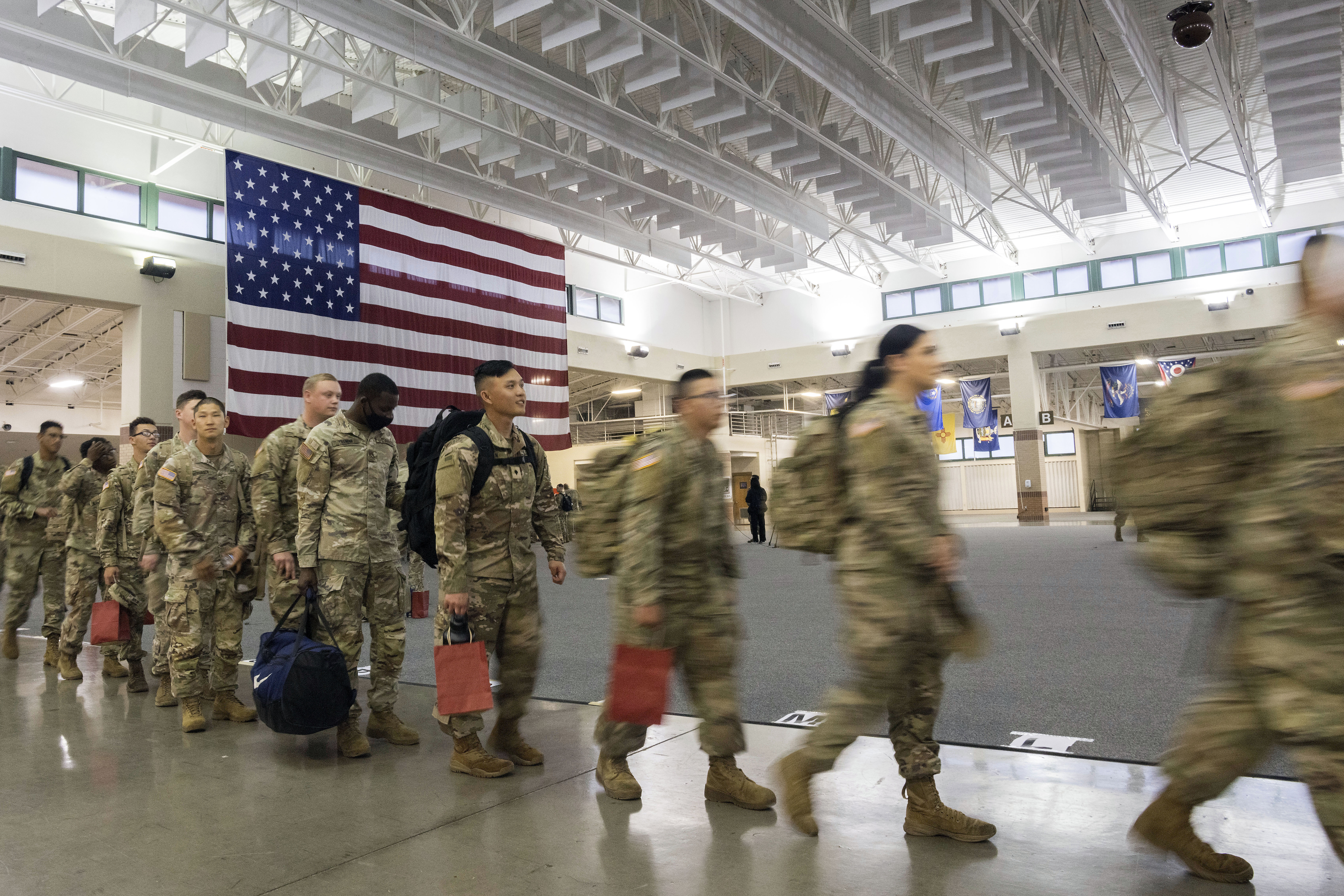 Multiple lawmakers from both sides of the aisle have expressed similar worries in recent days as the grim recruiting numbers continue to circulate throughout the DoD and Congress. The Army has reached 66 percent of its goal for the fiscal year ending in September, and the Navy is at 89 percent, according to data compiled from October 2021 to May 2022. Even with rates of 100 percent for the Marine Corps, Air Force and Space Force, that leaves the department with a total rate of just 85 percent.

Rep. Anthony Brown (D-Md.), a member of the House Armed Services Committee, called on the Pentagon to “do more” to support service members and encourage young Americans to join the military.

“That means better pay, training, opportunities, connections and benefits. And deepening partnerships with traditionally underserved or overlooked communities to tap into the full talent pool of our country,” Brown said in a statement. “Recruitment and personnel are core to our readiness. We need to take this seriously.”

Meanwhile, Rep. Jackie Speier (D-Calif.), who chairs the Military Personnel Subcommittee, said the Pentagon has “not expanded” on a recent batch of numbers it sent to Congress, and she wants to hold a joint hearing with her panel and the Readiness subcommittee on recruiting issues.

“I would say we have to do a deep dive into why the numbers are shrinking,” Speier told POLITICO. “I think we have to have a hearing to kind of explore that.”

It’s not clear in the short term what Congress can do, as multiple military officials say that they’re contending with broader cultural and lifestyle trends that make military service less attractive for the overwhelming majority of eligible recruits.

Rep. Jason Crow (D-Colo.), a former Army Ranger, told POLITICO that the Pentagon should promise more money on top of the growing enlistment bonuses that services are dangling in front of potential recruits. “We’re going to have to provide enlistment incentives and bonuses, and I think we also have to educate people … about military service and what it looks like and what it means.”

That unfamiliarity with the military is a major concern, as headlines of sexual assault, post-traumatic stress and accusations of “woke” military leaders have been a constant over the past few years.

Recent briefing slides obtained by POLITICO show that senior Pentagon leaders are alarmed by low enlistment numbers and the military “currently faces the most challenging recruiting market since the advent of the All-Volunteer Force, with multiple Services and Components at risk for missing mission in FY 2022,” according to the slides. The United States ended the draft in 1973.

“Arduous market conditions are expected to persist into the future as the market is not likely to self-correct,” it added.

Recruitment numbers typically drop when the economy is doing well, and the Covid-19 pandemic has kept recruiters from physically going to high schools, colleges and sporting events, all standard locations to find would-be recruits.

In addition to the economy and Covid, the sharp drop in entry-level troops can be traced to young people’s concerns about the physical and psychological risks of service, as well as other career interests, the possibility of interference with college education, and dislike of military lifestyle, according to a DoD youth poll from last summer featured in the slides. The briefing also cites declining trust in the military as an institution, along with the military’s high standard for recruits.

Former and current DoD officials, as well as experts, also pointed to the Pentagon’s vaccine mandate and Republican criticism of the military’s “wokeness” as contributing to the problem — and department leadership knows it. The Army recently cut off some 40,000 National Guard and 22,000 Reserve soldiers who refused to be vaccinated against Covid from some of their military benefits and is preventing them from participating in military duties.

Mackenzie Eaglen, an expert with the conservative American Enterprise Institute, argued that the vaccine mandate has “indisputably negative” impacts on recruiting.

“The math and logic simply doesn’t add up to let troops go involuntarily over the vaccine while announcing at the same time historically high bonuses for new recruits (which the U.S. Army did this winter),” she said. “It is far more time-consuming and expensive to fire those with experience versus bringing in new, untrained personnel.”

“If you are sitting in the state of Georgia or Texas and you see they are putting 40,000 members out, you are going to scratch your head a bit and say, ‘why would I join up?’” one former senior DoD official said. “And if you don’t want to get vaccinated, you are certainly not going to join.”

The top Republican on the House Armed Services’ Readiness Subcommittee, Florida Rep. Mike Waltz, joined with 49 other Republicans Tuesday to send a letter to Defense Secretary Lloyd Austin requesting the Pentagon reconsider the Department’s Covid-19 vaccine mandate in response to the recruiting crisis. Waltz is a former Green Beret and current member of the National Guard.

“At a time when the Department is struggling to recruit qualified young men and women fit for duty to fill the ranks, and while China is embarking on a massive military buildup which threatens American interests around the world, we should not be hindering our own readiness and capabilities by punishing and forcing out experienced and dedicated Guardsmen and Reservists,” the letter stated.

Meanwhile, the services have begun rolling out their own initiatives and rethinking old ones to bring in new troops. “It’s a challenge right now,” Chief of Naval Operations Adm. Mike Gilday told reporters Tuesday. He said the service has given up on running TV ads and has gone completely digital, in particular targeting the gaming community for the skills that gamers might bring to the service which jibes with new unmanned technologies the Navy is developing.

The service has also dialed back restrictions on tattoos, has developed programs for single parents, and is considering eliminating the “zero tolerance” rule for potential recruits who admit to prior marijuana use. “It’s a competitive environment in terms of recruiting with the low unemployment rate. We need to try and break through to new demographics that don’t have any history of service in their family. So the outreach to gamers is an example of that,” Gilday said.

Army leaders say they are well aware of their recruitment issues. Gen. Joseph Martin, the Army’s No. 2 general, told the House Armed Services Committee this month that the Army could shrink as low as 445,000 troops next year, from the current 466,000.

He cited “unprecedented challenges with both a post-Covid-19 environment and labor market, but also competition with private companies that have changed their incentives over time,” to offer more flexible working arrangements and pay incentives.

The Army is reportedly launching multiple initiatives to address the problem, including providing $35,000 bonuses for new recruits ready to ship out to basic training within 45 days and establishing a training course for those who want to join but don’t currently meet the service’s physical and academic standards.

For the Air Force, a key shortfall is the lack of pilots: At the end of 2021, the service faced a shortage of 1,650 aviators, down from 1,925 the year before, Air Force spokesperson Rose Riley said in a statement.

The Air Force and Navy are also offering enlistment bonuses. For career fields where it’s hard to find recruits, such as in cyber or maintenance, the Air Force is offering signing bonuses ranging from $3,000 to $50,000 for a six-year commitment.

Across the military, one underlying problem is that propensity to serve reached 9 percent in the summer of 2021, its lowest point since 2007, the slides show.

The primary reasons young people don’t want to enlist are risk of physical injury or death, the possibility of post-traumatic stress disorder or other psychological issues, leaving family and friends, as well as other career interests, according to the DoD youth poll. But 34 percent of those polled also cited a dislike of military lifestyle, and 28 percent pointed to the possibility of sexual harassment or assault.

“For youth, the risks of service are top of mind and degrade the positive value of the benefits and opportunities afforded by serving,” according to the slides. “This is unlikely to change in the current environment.”

At the same time, more than three-quarters of America’s youth are disqualified from serving, primarily by the military’s strict standards on mental and physical fitness — a percentage the former DoD official described as shockingly high. Eleven percent are disqualified for being overweight, 8 percent for drug abuse, and 7 percent for physical health reasons.

The overall pool of young people who are both eligible and not currently enrolled in college is just 12 percent, according to the slides.

“Thoughtful leaders should humbly consider all possibilities as contributing to this difficult recruiting environment and be flexible and innovative in meeting the moment,” said Eaglen. “There are no indications numbers are going to improve during the last two months of the recruiting fiscal year. More honesty and drastic actions may be the only solutions.”

Connor O’Brien and Lawrence Ukenye contributed to this report. 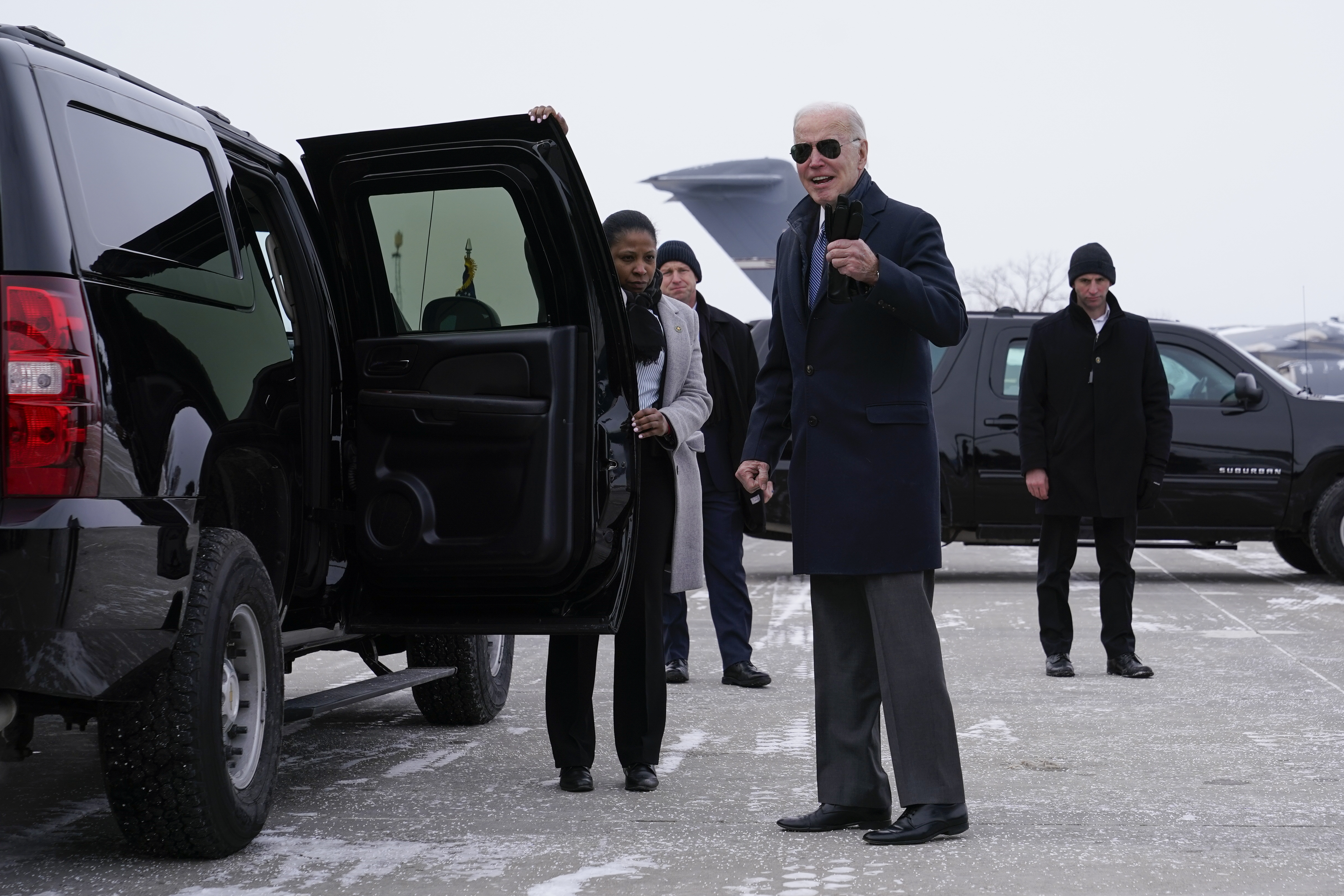 Biden on Chinese balloon: ‘We’re going to take care of it’ 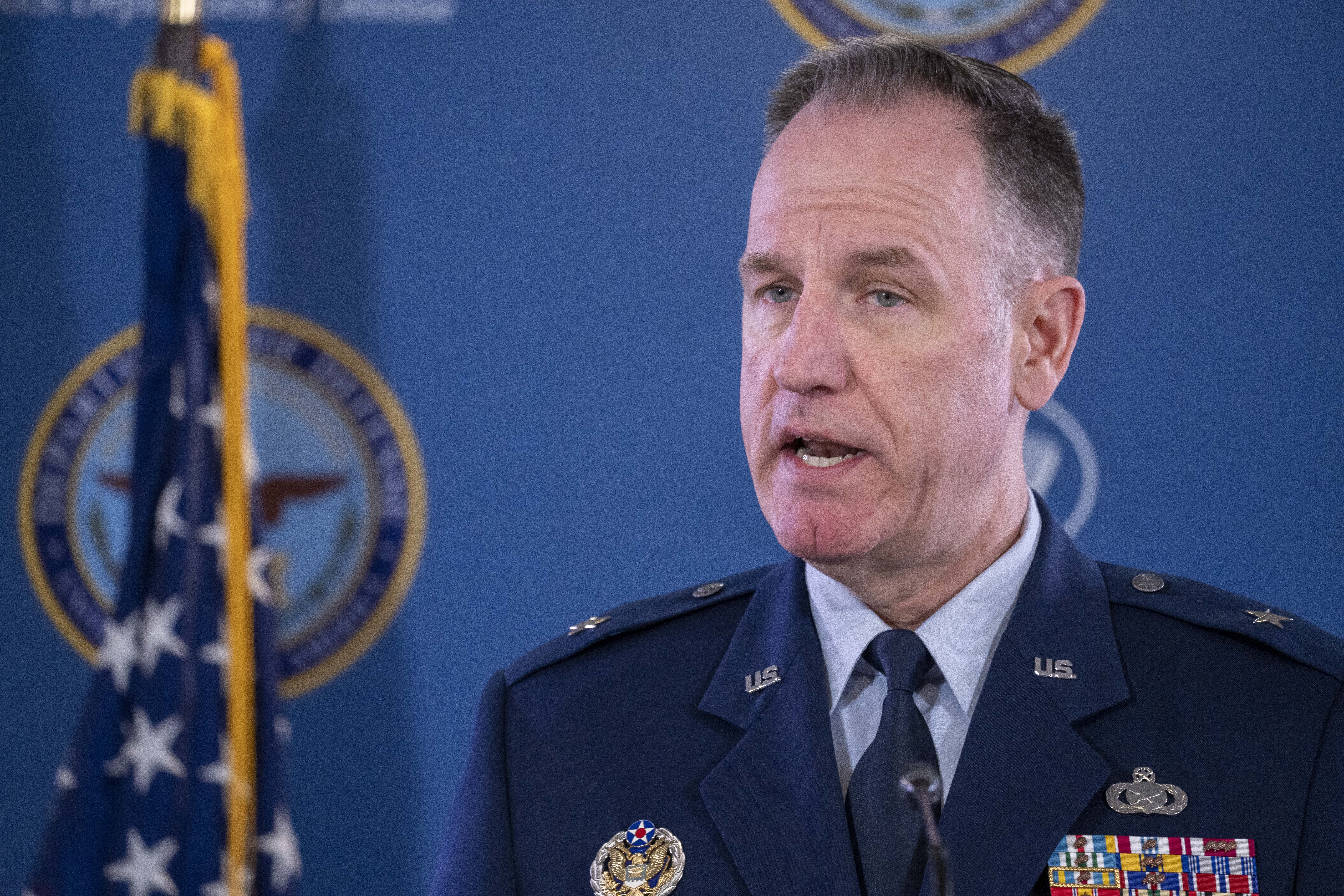