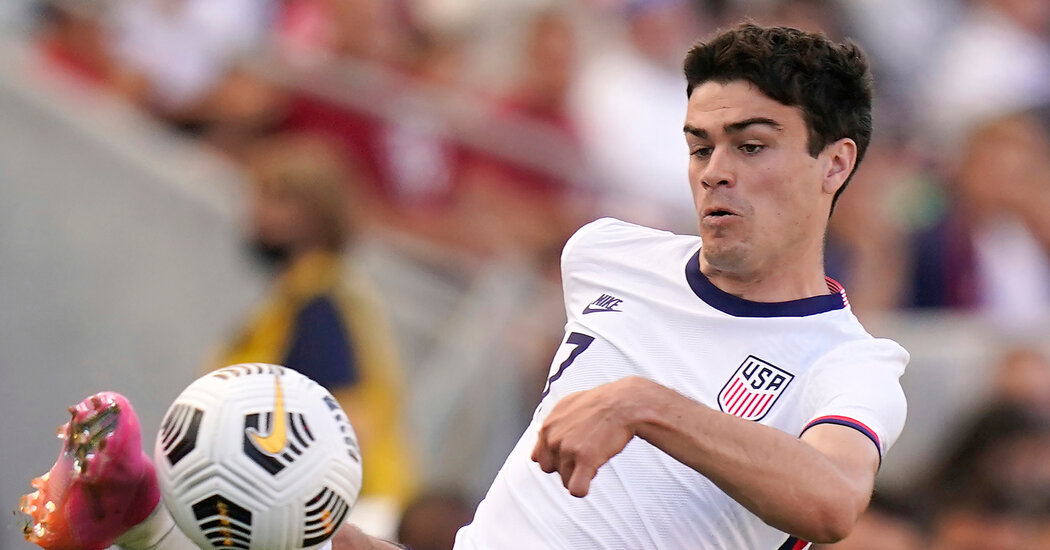 This is the week of final chances. The World Cup in Qatar is not quite eight months away, and more than half of the 32 places at the tournament have been taken. That number will increase over the course of the next seven days, as teams from Tunisia to Tahiti compete to join the 15 countries who have already qualified.

By the time the draw for the group stage of the finals takes place in Doha on April 1, the picture will still not be complete. Delays to qualifying caused by the pandemic, as well as the compassionate break given to Ukraine after the Russian invasion, mean that the field will only be filled once the last phase of European qualifying, and the two intercontinental playoffs, are completed in June.

But for the vast majority of teams, this is the week that will make or break their hopes, that will determine whether the stresses and strains of the last two years have been worthwhile.

Canada stands on the verge of ending a 36-year wait to return to the tournament. The Democratic Republic of Congo is 180 minutes away from qualifying for the first time since 1974. And at least one major power, Portugal or Italy, faces the ignominy of missing out. Here’s what is at stake around the world.

All but three of Europe’s places in Qatar have already been filled, and the vast majority of the continent’s teams likely to be in consideration to win the World Cup — the reigning champion, France, as well as Spain, Germany, Belgium and England — have long since known that they would be in the field.

The exceptions are Portugal and Italy, both of whom failed to win their groups and must, therefore, endure two anxiety-inducing playoffs to join the party. Italy takes on North Macedonia and Portugal meets Turkey this week. Should both get through those games, they will play each other for a spot in Qatar, in a game that could be Cristiano Ronaldo’s final international engagement.

The other two European playoff groups have been unaffected by the Russian invasion of Ukraine. Russia’s (belated) ban from global sport means Poland will face either Sweden or the Czech Republic in its playoff on Tuesday; all three had refused to play Russia if FIFA and UEFA did not act.

Ukraine’s game with Scotland, meanwhile, has been pushed back until June, meaning Europe’s final qualifier will not be known until the summer. The winner of that game will meet either Wales or Austria.

The specter of 2017 is starting to loom large once more for the United States, with the Estadio Nacional in San José standing in for the Ato Boldon Stadium in Couva, Trinidad, and Costa Rica playing the role of Trinidad and Tobago. Gregg Berhalter’s team will have to confront the ghosts of a previous generation if it is to vanquish them.

If that seems a little exaggerated — given that the U.S. sits in second place, needing to win only two of its three games to qualify for the World Cup — it is because it is easy to see Berhalter and his young squad having to wait until the very last minute next week to be sure of qualification.

The same is not true of Canada, which needs only one win to be sure of a first return to World Cup since 1986, and has the relative comfort blanket of the knowledge that a single point might just about do it. Nor is it the case for Mexico, which also needs two wins, but has a far kinder schedule over the next week than the Americans.

The Americans’ problem is that they face three teams — Mexico and Costa Rica on the road, with a home meeting with Panama sandwiched in between — who all harbor their own ambitions of being in Qatar next winter. The U.S. failed, five years ago, when the situation was no less finely poised. A young, promising team must find a way to ensure things turn out different this time.

Other than the sight of officials from the Brazilian health ministry striding onto the field to extract a handful of quarantine-busting Argentine players last summer, there has been precious little drama for either of South America’s great rivals. Neither Brazil nor Argentina has lost a game; both qualified for Qatar with months to spare.

Beneath them, though, the tension is bubbling. Ecuador needs a single win from its remaining two games — either away at Paraguay or home to Argentina — to qualify for its fourth World Cup this century. The continent’s fourth definite slot at the finals, however, is very much still up for grabs.

Uruguay is the team currently in possession of the final spot, but it has to face two direct rivals over the next week: fifth-place Peru in Montevideo, followed by a trip to sixth-place Chile. Either of those teams could usurp Diego Alonso’s Uruguay at the last hurdle. Automatic qualification may be just out of reach, but do not rule out Colombia — currently in a disappointing seventh place — staging a late surge for fifth place, and a chance at a side door to Qatar through an intercontinental playoff in June.

Jürgen Klopp’s team selection offered a clear illustration of where Mohamed Salah and Sadio Mané’s priorities lie. The Liverpool manager left both players out of his team’s F.A. Cup win against Nottingham Forest last weekend; it was the only way, he said, of making sure he did not inadvertently find himself embroiled in an international scandal.

Africa’s final round of qualifying is always unforgiving — five home-and-away knockout ties, with the winner going to the World Cup and the loser left with no recourse and no safety net. But fate, this time, has been almost cruel: Salah’s Egypt has been drawn to face Mané’s Senegal, a replay of February’s Cup of Nations final. One of Liverpool’s forward line is having the winter off.

That is not the only appetizing tie. Two of the continent’s traditional heavyweights, Ghana and Nigeria, will face one another, as will Cameroon and Algeria, regarded as the strongest of the African sides before its disappointing display in the Cup of Nations. Morocco will be expected to make it past the Democratic Republic of Congo, while Mali must beat Tunisia to qualify for its first World Cup.

With two games to play, both Iran and South Korea have already booked their spots in next week’s World Cup draw, alongside Qatar, which qualified automatically as the host nation. Saudi Arabia and Japan are best-placed to join them, with each realistically needing only one more win to seal its place at the finals.

Australia still has a slender hope of overhauling one or the other, but it will need to beat Japan in Sydney on Thursday and the Saudis in Jeddah next week to avoid a playoff, most likely against the United Arab Emirates, for the right to take part in another playoff, against the fifth-place team from South America, this summer.

Eighteen months after it was supposed to start, Oceania’s qualifying process finally got underway in Qatar last week. New Zealand, as expected, promptly secured a place in the semifinals. Papua New Guinea and Fiji will face off on Thursday to decide who joins the All Whites in the final four.

Quite who they will play in the knockout rounds remains a mystery. Both Vanuatu and the Cook Islands returned a number of positive Covid tests after arriving in Qatar and have subsequently withdrawn from the tournament. That has left the Solomon Islands and Tahiti as semifinalists by default, left to play a single match to decide their seeding for the next stage.

The eventual winner of the most drawn-out qualification process on the planet will still, though, not be sure of a place in the World Cup; it will have to navigate an intercontinental playoff against whoever finishes fourth in North America to get into the field for the finals.