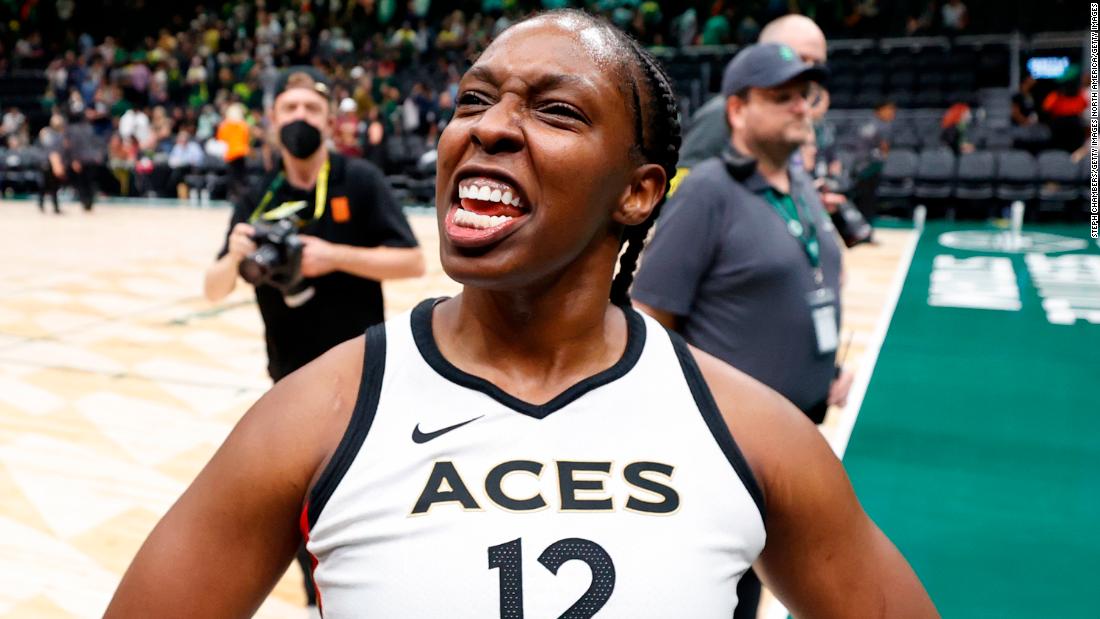 But it was a remarkable, record-breaking ending to regulation time that will make this contest go down as an all-time great in league history.

Trailing by four points with just over 11 seconds remaining, Las Vegas sharpshooter Riquna Williams hit a huge three-pointer to close to deficit before the Storm’s Tina Charles missed two free throws, allowing Aces star A’ja Wilson to score a layup and give the Aces a one-point lead with less than three seconds remaining.

Then the real drama began.

Retiring WNBA legend Sue Bird — who contributed 17 points and eight assists in 43 minutes of action — hit a corner three-pointer to put the Storm back up by two with 1.8 seconds left on the clock, only for Jackie Young to make a buzzer-beating layup to tie the game and take it to overtime.

It was the first time in WNBA history that three go-ahead or game-tying buckets were scored in the final three seconds of a game.

The Aces — led by Wilson’s 34 points and 11 rebounds and Chelsea Gray’s 29 points and 12 assists — then comfortably pulled away from a visibly deflated Storm in overtime to move to within one win of the WNBA Finals in the best-of-five series.

”That was a hell of a game,” Aces coach Becky Hammon said after the game, per the WNBA. “I don’t know if I’ve ever been a part of something like that.

“The back-and-forth and the battle — big shot after big shot from both sides, really. That was just really high-level basketball … [from] both sides.”

Bird, who announced earlier this season that she would be retiring at the end of the year, was left ruing her team’s inability to see out the game with so little left on the clock.

“We were up four with not a lot of time left and that’s really to me is where we lost the game,” Bird said, per ESPN. “Letting them take the lead — they probably scored five points in three seconds?

“That, to me, is where we really let this one go. I understand the last plays are going to stick out because they’re dramatic and exciting and I’m sure it was great TV, but we were up four.”

The Aces and Storm face off again in Game Four on Tuesday.