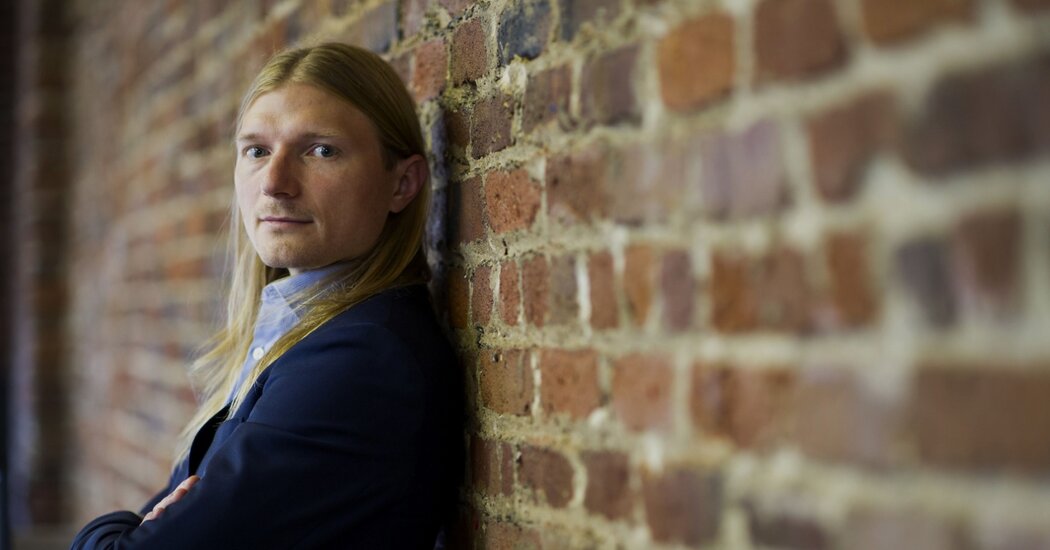 Kraken, one of the world’s largest cryptocurrency exchanges, is under federal investigation, suspected of violating U.S. sanctions by allowing users in Iran and elsewhere to buy and sell digital tokens, according to five people affiliated with the company or with knowledge of the inquiry.

The Treasury Department’s Office of Foreign Assets Control has been investigating Kraken since 2019 and is expected to impose a fine, said the people, who declined to be identified for fear of retribution from the company. Kraken would be the largest U.S. crypto firm to face an enforcement action from O.F.A.C. Sanctions against Iran, which the United States imposed in 1979, prohibit the export of goods or services to people or entities in the country.

The federal government has increasingly cracked down on crypto companies, which are lightly regulated, as the market for digital currencies has grown. Tether, a stablecoin company, was fined by the Commodity Futures Trading Commission for misstatements about its reserves last year, while the Justice Department brought insider-trading charges this month against an ex-employee of Coinbase, the largest U.S. crypto exchange.

Scrutiny of the industry has risen in recent months as the crypto market went into meltdown and several companies, such as Voyager Digital and Celsius Network, collapsed.

Kraken, a private company valued at $11 billion that allows users to buy, sell or hold various cryptocurrencies, has previously faced regulatory actions. Last year, the C.F.T.C. levied a $1.25 million penalty against the company for a prohibited trading service.

In an internal conversation about employee benefits in 2019, Jesse Powell, Kraken’s chief executive, suggested he would consider breaking the law in a wide range of situations if the advantages to the company outweighed potential penalties, according to messages seen by The New York Times. The company has also been dealing with internal conflict over issues including race and gender, which were stoked by Mr. Powell.

Marco Santori, Kraken’s chief legal officer, said the company “does not comment on specific discussions with regulators.” He added, “Kraken closely monitors compliance with sanctions laws and, as a general matter, reports to regulators even potential issues.”

A Treasury spokeswoman said the agency “does not confirm or comment on potential or ongoing investigations” and was committed to enforcing “sanctions that protect U.S. national security.”

Sanctions are some of the most powerful tools the United States has to influence the behavior of nations it does not consider allies. But cryptocurrencies pose a threat to sanctions because the digital coins don’t flow through the traditional banking system, making the funds harder for the government to control.

In October, the Treasury Department warned that cryptocurrencies “potentially reduce the efficacy of American sanctions.” It released a 30-page compliance manual that recommended cryptocurrency companies use geolocation tools to weed out customers in restricted regions.

“The fact that crypto can move without a bank or intermediary means that exchanges are responsible for certain types of financial regulatory compliance,” said Hailey Lennon, a lawyer at Anderson Kill who handles regulatory issues in crypto.

Kraken and the issue of sanctions surfaced in a November 2019 lawsuit by a former employee from the finance department, Nathan Peter Runyon, who accused the start-up of generating revenue from accounts in countries that were under sanctions. He said he had taken the matter to Kraken’s chief financial officer and top compliance official in early 2019, according to legal filings. (The suit was settled last year.)

That same year, O.F.A.C. began investigating Kraken, focusing on the company’s accounts in Iran, the people familiar with the investigation said. Kraken’s customers have also opened accounts in Syria and Cuba, two other countries under U.S. sanctions, the people said.

In 2020, O.F.A.C. fined BitGo, a digital wallet service with an office in Palo Alto, Calif., more than $98,000 in 2020 for 183 apparent sanctions violations. Last year, it fined BitPay, an Atlanta-based crypto payment processor, more than $500,000 for 2,102 apparent violations. Coinbase also disclosed in a 2021 financial filing that it had sent notices to O.F.A.C. flagging transactions that may have violated sanctions, though the agency hasn’t taken any enforcement action.

Mr. Powell co-founded Kraken in 2011 and was an early proponent of Bitcoin, a digital currency that was marketed as being free of any government’s influence or regulation.

In 2018, the New York attorney general’s office asked Kraken and 12 other exchanges to answer a questionnaire about their operations. Kraken refused to respond, with Mr. Powell calling New York “hostile to business” on Twitter.

In 2019, Mr. Powell got into an argument on Slack about parental leave at Kraken, according to messages viewed by The Times. Mr. Powell said parental leave was a burden for the company because a child “might as well be a second job, a distracting hobby or a harmful addiction” and “is something outside of work that has a negative impact on work.”

The conversation soon shifted to a discussion of legal requirements. Mr. Powell said that in his “formula for everything,” it was important to consider whether it’s “worth the risk to not follow the legal requirement.” He added, “Not following the law would by default be ‘ill-advised,’ but it always has to be considered as an option.”

Mr. Powell did not respond to an email requesting comment.

This year, Mr. Powell was one of the loudest voices in the crypto industry resisting calls to shut down accounts in Russia after it invaded Ukraine. The United States has imposed sanctions on some individuals and businesses in Russia, but it hasn’t required crypto companies to cut off access to the country entirely.

As of last month, Kraken appeared to still be servicing accounts in countries under sanctions, such as Iran, according to a spreadsheet that Mr. Powell posted to a companywide Slack channel to show where the company’s customers were. He said the data came from residence information listed on “verified accounts.”