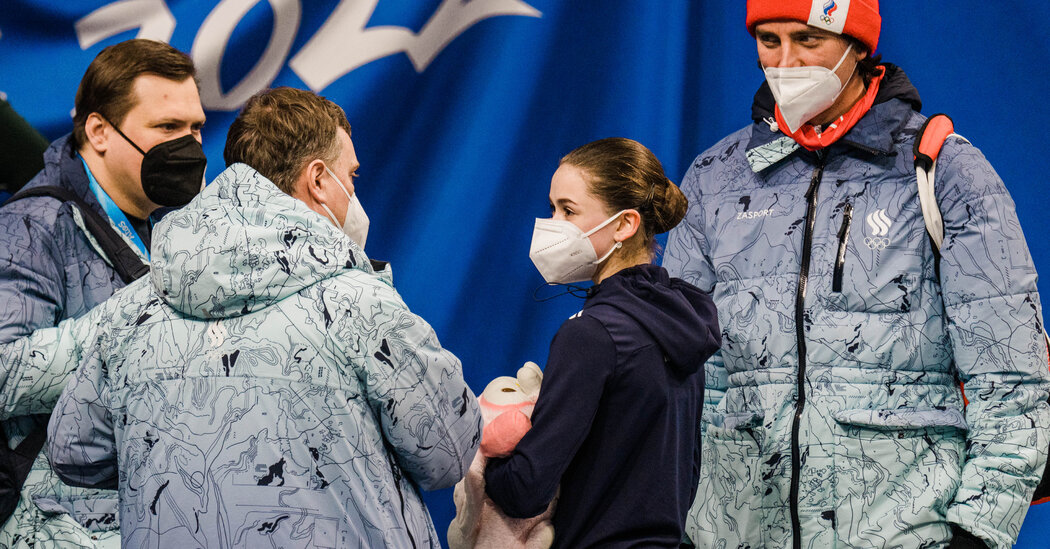 It is perhaps the most consequential event of the Beijing Olympics, and no one will get to see it.

Just after 8:30 p.m. on Sunday night, the door to a conference room inside the Beijing Continental Grand hotel closed and a hearing began. The task of those inside the room: to determine if the Russian figure skater Kamila Valieva, who learned on Tuesday that she had failed a pre-Olympics doping test, will be able to continue to participate at the Games.

Valieva, 15, has emerged as a breakout star of these Games: the first woman to complete a quad jump in the Olympics, and a key part of the Russian squad that won the team event, though the medals have yet to be handed out as the case transpires. Sunday’s hearing will help determine if Valieva gets to chase an individual own gold in the women’s competition that begins Tuesday.

Here’s how the hearing will go.

A panel of three arbitrators assigned by the Court of Arbitration for Sport, the body that adjudicates global sports disputes, will consider appeals filed by three organizations — the International Olympic Committee, the World Anti-Doping Agency and the global governing body for skating — against the Russian antidoping agency, known as Rusada.

None of the testimony will focus directly on whether Valieva is guilty of doping; rather, the organizations are seeking to reinstate a suspension that Rusada imposed on Valieva on Tuesday and then lifted a day later.

Behind closed doors, and mainly via video links from outside of China, legal teams for the groups appealing that decision will make their arguments before the panel, which is led by a London-based American lawyer. Matthieu Reeb, the CAS general secretary, said Valieva would provide testimony by video link; that kind of personal touch is a measure Russia has used in past hearings to personalize the plight of individual athletes in eligibility cases.

The hearing is expected to last as long as six hours — well into the early hours of Monday morning in Beijing. Once it is complete, the judges will most likely have a short discussion among themselves before retiring for the night and reconvening on Monday to complete their deliberations.

The panel expects to inform the parties, and announce its decision, on Monday afternoon in Beijing, one day before Valieva is — for now — scheduled to compete in the women’s short program.

The stakes of its decision for the Olympics and the global fight against doping could not be higher. As a Russian, Valieva is competing for a nation that is not able to compete under its own name or flag as part of a multiyear ban related to a state-led doping scheme that sought to corrupt results at the 2014 Sochi Olympics.

But none of that will be part of Sunday’s discussion. There also will be little discussion about how the banned heart medication, trimetazidine, ended up in Valieva’s system, or why it took more than six weeks for the results of a test submitted in December to be confirmed.

Instead, Sunday’s hearing will focus on process and proportionality, with the arbitrators asked to weigh a largely philosophical argument pitting the damage of enforcing an immediate ban on a 15-year-old girl — and blocking her from the biggest competition of her life — against the potential damage to the integrity of the competition if she is allowed to compete.

As a minor, Valieva enjoys a different status to older athletes, meaning any punishment that may eventually be meted out to her is likely to be lower than typically issued for a similar failed test. But that is a conversation for another day, and for another hearing that is likely to be months away.