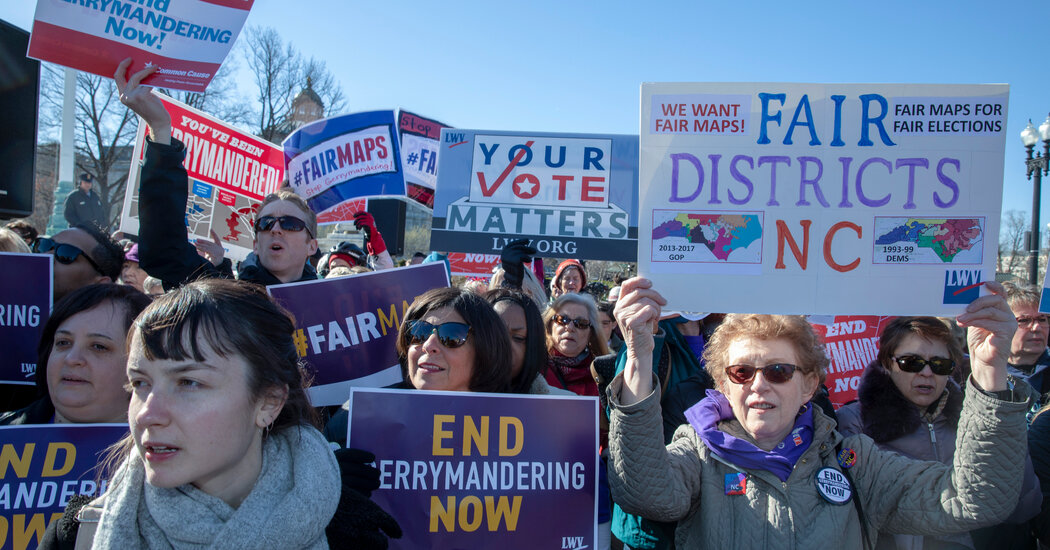 A Maryland judge ruled on Friday that Democrats in the state had drawn an “extreme gerrymander” and threw out the state’s new congressional map, the first time this redistricting cycle that districts drawn by Democrats have been defeated in court.

The ruling by Senior Judge Lynne A. Battaglia of the Circuit Court for Anne Arundel County found that the map drawn by Democrats had “constitutional failings” and ignored requirements of focusing on “compactness” and keeping similar communities together in drawing their map.

The congressional map drawn by Democrats in the state would have most likely guaranteed them at least seven of the state’s eight House seats, or 87 percent of the seats. President Biden carried Maryland with 65 percent of the vote in 2020.

The office of Brian Frosh, the Democratic attorney general of Maryland, said that it was reviewing the decision, and that it had not yet decided whether to appeal it.

Fair Maps Maryland, a Republican-aligned group that had supported the challenge to the state’s districts, praised the decision in a statement.

“To call this a big deal would be the understatement of the century,” said Doug Mayer, a spokesman for the group. “Judge Battaglia’s ruling confirms what we have all known for years — Maryland is ground zero for gerrymandering, our districts and political reality reek of it, and there is abundant proof that it is occurring.”

He added, “Marylanders have been fighting for free and fair elections for decades, and for the first time in our state’s shameful history of gerrymandering, we are at the precipice of ending it.”

This article will be updated.