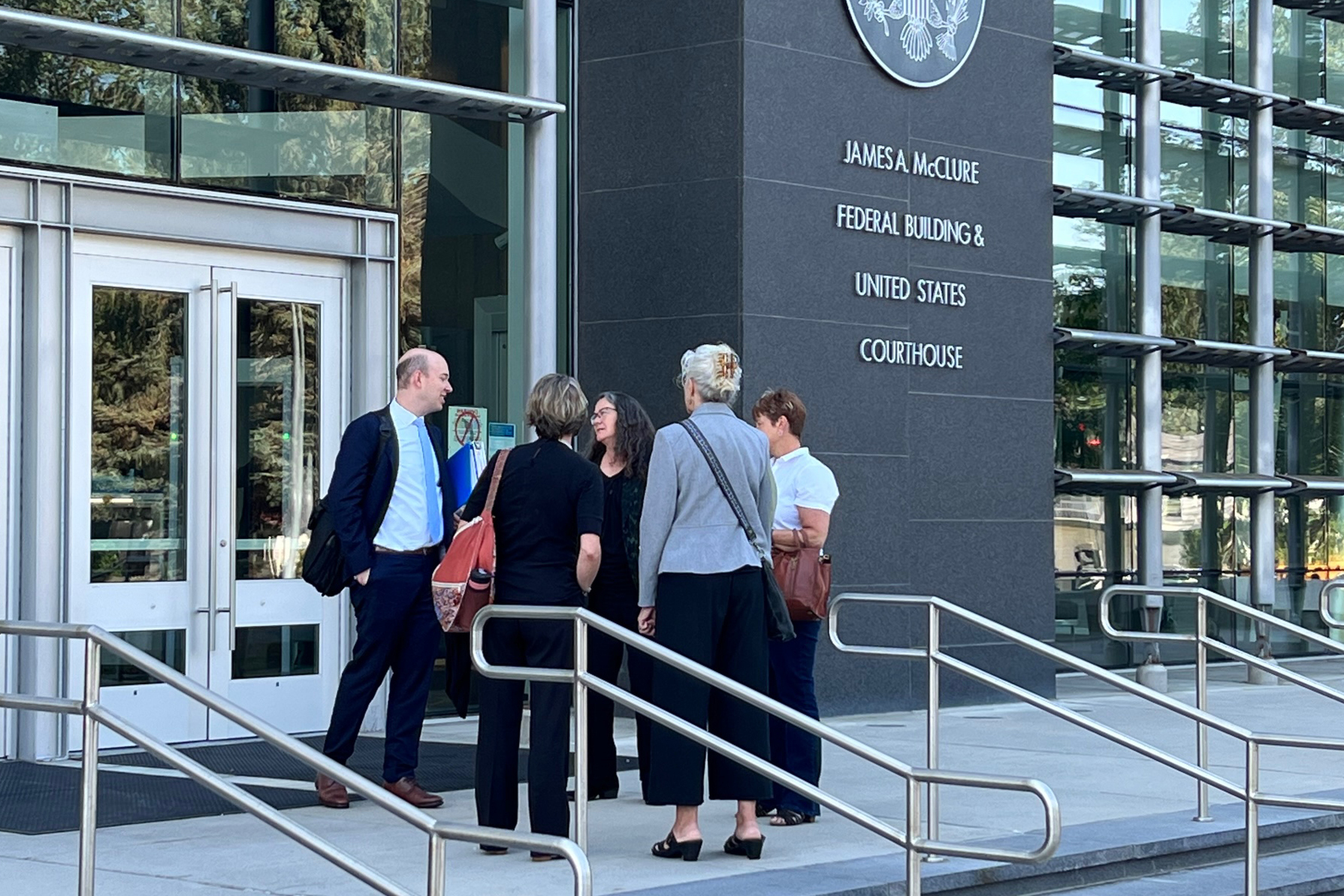 The federal government’s challenge represents one of its most aggressive actions to preserve abortion rights since the Supreme Court overturned Roe v. Wade in June. The lawsuit followed weeks of complaints from Democratic advocates and elected officials that the administration has not done enough to push back as abortion access has crumbled in nearly a dozen states.

This particular case — one of many playing out across the country — concerns whether states enacting near-total abortion bans are preempting the Emergency Medical Treatment and Labor Act, known as EMTALA. That decades-old federal law requires health care workers provide treatment that stabilizes a patient experiencing a medical emergency, and the Biden administration released guidance in July warning doctors and hospitals that EMTALA applies even if the required treatment is an abortion — no matter what state law dictates.

The case is being closely watched, with attorneys general from more than half of U.S. states submitting friends-of-the-court briefs — red states siding with Idaho and blue states with the Biden administration.

Wednesday’s ruling, however, still allows Idaho to ban nearly all abortions, except in cases of rape, incest or threats to the mother’s life. It only prevents prosecutors from charging doctors with felonies if they perform an abortion for a patient in a medical emergency and are unable to prove that the operation was necessary to save the patient’s life.

The state is expected to appeal the ruling to the 9th Circuit Court of Appeals, which has gotten more conservative over the last few years and may not be inclined to uphold the decision.

By contrast, the Idaho decision also comes the day after a federal judge in Texas, appointed by former President Donald Trump, blocked the Biden administration’s guidance on abortion in medical emergencies within the state, siding with state officials who argued that it constituted an unlawful “abortion mandate” and didn’t give enough weight to the needs of “unborn children.”

The DOJ is expected to appeal that decision to the conservative 5th Circuit Court of Appeals, and both cases may eventually work their way to the Supreme Court.

But the Idaho ruling may force some states considering new abortion restrictions in summer special sessions and when legislatures return early next year to broaden their exemptions for medical emergencies to avoid a lawsuit — adhering to federal guidelines that protect doctors performing abortions when the health of patients, not just their lives, are at risk.

“Some will plow ahead with sweeping abortion bans no matter what the court says and hope the Supreme Court ultimately supports them,” said Jeff Dubner, an attorney with the advocacy group Democracy Forward who is representing state and national medical groups in the case. “But if courts make clear that EMTALA is the law of the land and does preempt laws like this, states should respect that.”

The case is also another sign that medical workers who care for pregnant patients are becoming increasingly vocal and influential as states grapple with how far to roll back abortion rights. During a hearing on Monday, Judge Winmill and attorneys for the Justice Department repeatedly referenced testimony submitted by Idaho OB-GYNs warning that the new law would make doctors afraid to provide abortions in medical emergencies, worsening the state’s maternal morality rate.

“Doctors are risk-averse. It’s in the very nature of their profession,” said Winmill, adding that he feared what would happen in cases where there’s a threat of “serious medical injury if the abortion is not performed” — including organ failure, sepsis, stroke or infertility — but that fall short of clear life endangerment.

“We know that is more than just a hypothetical concern,” he said, pointing to the doctors’ written testimony.

Brian Netter, an attorney for the Biden administration, leaned into this reasoning during oral arguments, warning that if the law isn’t blocked, doctors may hesitate to treat people in an emergency because of the threat of prosecution, and that even short delays in care can lead to serious impairments.

“Provider fear and unease is real and widespread,” he said. “Lives, livelihoods and health are surely on the line. The need for judicial intervention is dire.”

Monte Stewart, the lawyer representing Idaho lawmakers, pushed back on this, telling the court on Monday that he would advise worried doctors to “go ahead and use your best medical judgment and you don’t have to fear prosecution,” adding that he gives that advice “without the slightest heartburn and without second-guessing myself.”

“It is not much comfort to a doctor that there is a prosecutor who may or may not enforce it,” Winmill said. The legislature wouldn’t have adopted the law unless they intended it to be enforced.”