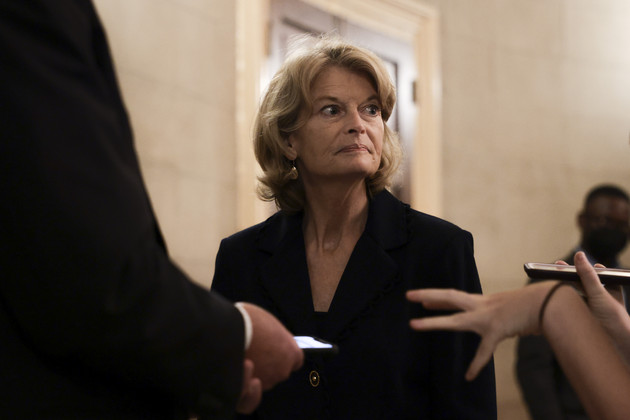 While the White House and Senate Judiciary Chair Dick Durbin (D-Ill.) are hoping for GOP backing, the vast majority of Senate Republicans are expected to oppose her nomination to the high court.

“I think it’s south of three” Republicans likely to support Jackson, said Sen. John Cornyn (R-Texas). “That’s what happened in her court of appeals hearing. She seems like a very nice lady, and certainly well-accomplished, but I don’t think anybody is under any illusion about how she’s going to line up on the court.”

Indeed, Jackson got three Republican votes last year when she was confirmed to the D.C. Circuit Court of Appeals. One of those Republicans is heavily hinting he will oppose Jackson’s nomination, while the other two have yet to announce a decision.

Some Republicans recently suggested that they’re torn between supporting Jackson’s historic nomination and voting no based on opposition to her judicial philosophy. A few in that group are retiring this year, freeing them from the potential political risks of backing her nomination, although a vote to confirm Jackson would roil the GOP primaries currently underway to replace them.

With only that handful of Republicans even in play and a 50-50 Senate, Democrats have little room for error as they seek to confirm Jackson by their goal of the spring recess that’s set to start April 9. Here’s who to watch as she gets closer to a final vote:

The Alaskan is one of three GOP senators who voted to confirm Jackson to the D.C. Circuit Court of Appeals last year, making her one of the closest-watched votes once the nomination gets to the floor.

In an interview on Wednesday, Murkowski said Jackson’s sentencing record on child pornography cases is “worth looking into,” but that she wants to understand whether or not it’s a pattern before she determines its effect on her vote.

“If it really is a pattern, that’s something I think we should be paying attention to. If it is an issue of … one-offs that have been hyped into more than that, I think that’s something we need to try to discern,” Murkowski said.

The Mainer is widely viewed as the most likely Republican to support Jackson’s nomination to the Supreme Court, and Democrats are pushing hard for her vote. President Joe Biden has called Collins at least three times about the Supreme Court vacancy, including the day he made his selection, while Durbin reached out shortly after Justice Stephen Breyer’s retirement announcement.

Collins met with Jackson earlier this month for more than 90 minutes and described their conversation as “lengthy and very productive.” While she’s supported the vast majority of Biden’s judicial nominees, including Jackson’s nomination to the D.C. Circuit Court of Appeals, she has indicated she would wait until after the confirmation hearings ended to make a decision.

Collins voted for six of the nine sitting Supreme Court justices. She opposed Justice Amy Coney Barrett’s nomination to the high court, citing the proximity to the 2020 election.

The Utahn has criticized the idea that Jackson’s sentencing record is disqualifying and said “my heart would like to be able to vote for her confirmation.” He still may be a tough sell.

Romney said on Wednesday that he doesn’t want to comment as Jackson’s hearings are ongoing and still wants to meet with her — insisting he’s undecided even as Republicans hope he votes no. He says he’ll “be weighing the capacity and philosophy and the decisions by a judge in her prior role.”

The South Carolinian was once viewed as among the most likely Republicans to support Biden’s Supreme Court pick. But while Graham supported Jackson’s nomination to the D.C. Circuit Court last year, he instead pushed for his home-state District Court Judge J. Michelle Childs to replace Breyer. Since Biden announced Jackson’s nomination, Graham has sent strong signals he will vote against her.

Graham was among the toughest GOP questioners in Jackson’s confirmation hearing: He engaged her in a tense exchange about her sentencing record on child pornography cases and asked about past judicial fights, including the confirmation hearings for now-Justice Brett Kavanaugh and Democrats’ filibuster of appellate court nominee Janice Rogers Brown, a Black woman.

While Graham has said to “stay tuned” on how he’ll vote, there’s little evidence that he’ll support Jackson’s nomination.

The retiring Missouri Republican is one of those admittedly struggling with Jackson’s nomination, saying that he doesn’t want to rush his decision and thinks her sentencing record is a legitimate line of questioning.

But given her family’s history of serving in law enforcement, Blunt said he’s also concluded that Jackson “doesn’t sound like a soft on crime person.”

“My early inclination was: I’d really like to vote for the first Black woman to go on the court,” Blunt said in an interview. But his ultimate view on Jackson comes down to her “view of what the court does and their view of what the law is all about.”

The meticulous Ohio Republican has kept a staffer in the hearing room to monitor colleagues’ questions to Jackson and her answers. He agrees with some of his colleagues that Jackson’s bid to join the court is “a historic nomination.” But it’ll be tough for him to vote for her in the end.

“She doesn’t share my judicial philosophy, for the most part. I think she’s a qualified person, and when I spent time with her I liked her. But I just need to take a look at everything,” said Portman, who’s retiring after this Congress. “There are differences in philosophy.”

The retiring North Carolinian is not exactly a moderate swing vote in the Senate, but he’s also got plenty of surprises up his sleeve. The laid-back Burr ended up voting to convict former President Donald Trump in his 2021 impeachment trial, so it’s worth keeping an eye on him.

But Burr isn’t giving anything away about how Jackson is doing in his view: “I haven’t seen any of it. I’ve got this day job, doesn’t let me watch TV.” He’s planning to meet with Jackson next week.

“I’m going to wait and see how she answers the questions and when she comes to meet with me,” he said.

The West Virginia centrist Democrat may have effectively quashed the nominations of Biden’s first White House budget director pick and one of his Federal Reserve board nominees, but he’s showing little interest in hearing out GOP attacks on Jackson’s record.

Earlier this week, as Sen. Josh Hawley’s (R-Mo.) broadside against the judge’s sentencing decisions in child pornography cases began to gain momentum among Republicans, Manchin brushed aside the gambit: “It’s Hawley, right? Take that for what it’s worth.”

Manchin is monitoring the hearing this week from Paris, where he is attending the International Energy Agency’s 2022 Ministerial Meeting.

The centrist Arizonan met with Jackson earlier this month for a “productive” sit-down and suggested she would not make a decision until after the hearings. But Democrats are confident Sinema will support the nomination in the end, given that she’s backed every Biden judicial nominee — including Jackson’s nomination to the D.C. Circuit.

Sinema described Jackson’s nomination as a “historic milestone” and said she would evaluate the pick on three criteria: professional qualifications, belief in the role of an independent judiciary, and trust in her ability to “faithfully interpret and uphold the rule of law.”