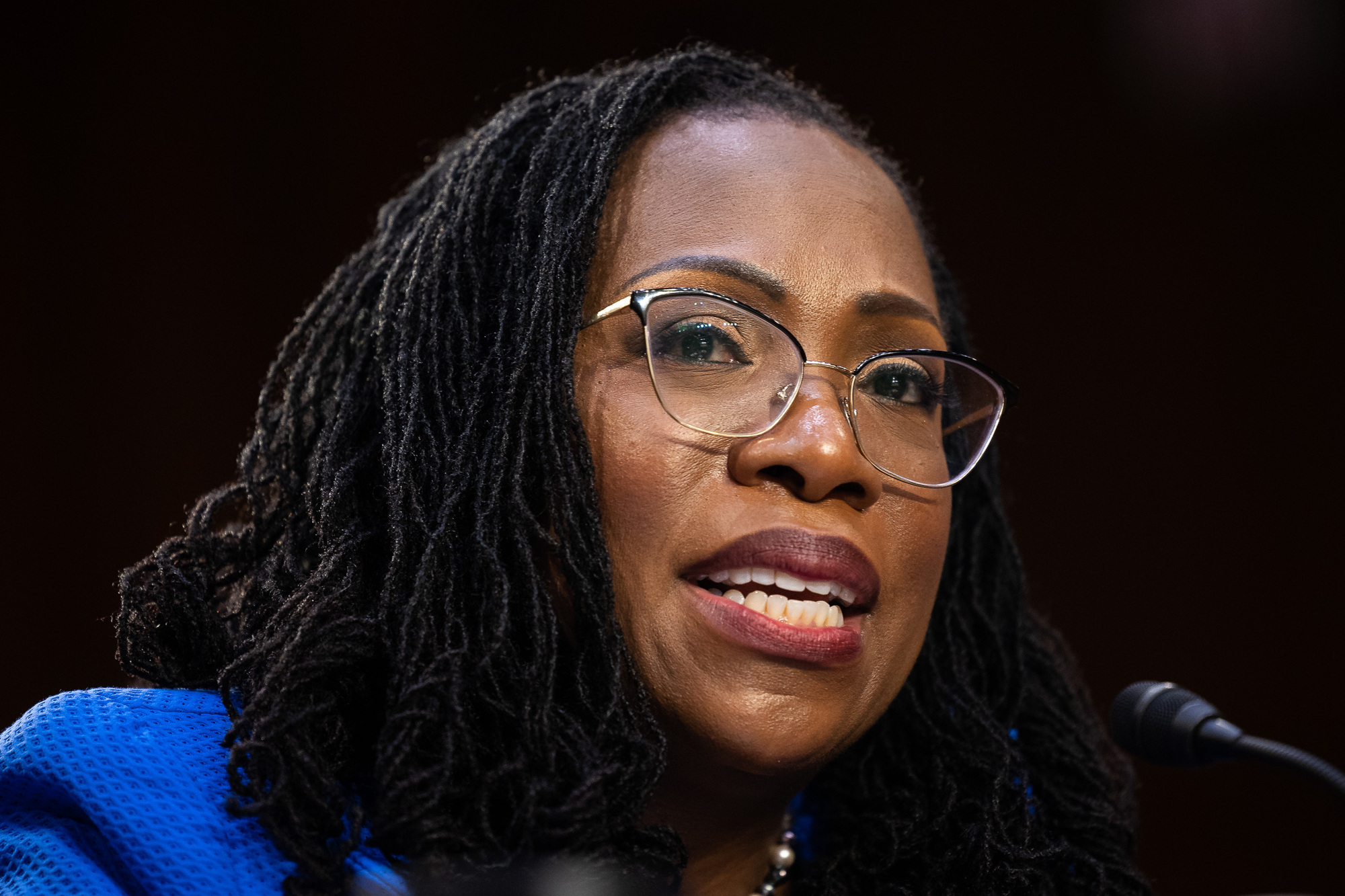 With Jackson on a seemingly firm if nearly party-line track to Senate confirmation, Republicans are leaving themselves room to make judicial nominees’ sentencing choices an issue again. Sen. Lindsey Graham (R-S.C.) even left the door open to scrutinizing the sentencing moves of J. Michelle Childs, his preferred home-state pick for the high court nomination, while Democrats are already drawing a line against future demands for records that contain sensitive information.

“It clearly, emphatically should not be an issue. Because pre-sentencing reports are done with the promise of confidentiality, and their disclosure could do extraordinary damage to innocent parties,” said Sen. Richard Blumenthal (D-Conn.), a member of the Judiciary Committee. “I’m hoping that we’ve seen the last of that issue, and Republicans will understand that it should be out of bounds. “

But the more politicized that judicial confirmations become, the less likely the GOP is to back down from an opportunity to apply the toughest possible scrutiny — particularly amid nationwide worries over rising crime. While Jackson’s sentencing record on child pornography cases is in line with the vast majority of federal judges, Republicans may well raise the issue again given that many appellate court nominees share her background on the federal district courts.

In interviews, several Senate Republicans predicted the push for pre-sentencing reports wouldn’t go away. And they pushed back on Democrats’ concerns, arguing that lawmakers often review sensitive and classified material.

Graham said “you better believe” he’ll bring up sentencing records in future confirmation hearings, if nominees have similar records. When asked if he’d push for pre-sentencing documents for Childs, who is up for a D.C. Circuit appellate seat that would involve an appearance before the Judiciary Committee, Graham replied: “If it became an issue, if she’s got a pattern of sentencing people the way the other lady does, yeah.”

“We have the right to see those reports,” said Sen. John Neely Kennedy (R-La.), another member of the panel. He added that he doesn’t buy the argument that it would put people at risk because “you can always redact individual names.”

During Jackson’s hearings, Sen. Ted Cruz (R-Texas) and nine other Senate Republicans requested the probation records and pre-sentencing reports, an unusual ask. They did so after the White House initially provided some Judiciary Committee members and the media — and not those GOP senators — with information that showed Jackson’s sentencing record often lined up with the recommendation from probation offices, as a counter to Republicans’ “soft-on-crime” attacks.

Republicans eventually got access to the same records. Jackson also noted during her testimony that the federal sentencing guidelines are outdated, and didn’t take into account the use of the internet for downloading child pornography.

But the White House did not provide the actual pre-sentencing reports. For one of the child pornography cases, in which Jackson handed down a three-month sentence, she gave the Judiciary Committee the two separate sentencing memoranda filed by the U.S. Attorney’s office and lawyers for the defense plus her judgment, according to a White House official.

Although sentencing recommendations are included in pre-sentencing reports, only the concluding proposals in them are typically read aloud at hearings for those cases. And some Democrats questioned whether Congress would even have the authority to compel the release of those reports, given that they’re under the purview of the judicial branch.

The GOP push for pre-sentencing reports caught the attention of some former district court judges, who wrote a Monday letter to Judiciary Chair Sen. Dick Durbin (D-Ill.) and panel ranking member Sen. Chuck Grassley (R-Iowa) that warns against the effort. In the letter, led by former district court judge Nancy Gertner, an appointee of then-President Bill Clinton, the judges noted that — beyond the parties in the case — the pre-sentencing report is only available to the FBI and the Bureau of Prisons.

And even that is “for the sole purpose of aiding in ongoing investigations” related to terrorist activity, deportation proceedings and safe placement of the defendant.

“It would be completely inappropriate to release a [pre-sentencing report] for any other purpose,” the former judges wrote. “Certain information, such as medical information, cannot be released. … Other information could endanger a defendant and his family.”

Durbin reiterated this week that providing the reports would be “dangerous” because “there’s a lot of innocent people whose names come into those reports with information that should not in any way compromise them.” He added that those individuals “are promised from the moment they sit down in these hearings that everything is confidential.”

Some Republicans were less inclined to say that a push for sentencing documents will become the norm after Jackson’s hearing, saying her nomination was different due to her time on the U.S. Sentencing Commission. Cruz predicted it would only be raised if there’s a dispute about a nominee’s record, while Grassley suggested it was too early to speculate about future nominees.

“If we do, we have to do it fairly,” Tillis said. “Whether it’s a Republican president’s nominee or a Democrat nominee, if we’re going to do that then we should also set that as a standard that both sides have to live up to.”

Josh Gerstein contributed to this report.

Friends to the left of him, critics to the right: McCarthy’s stuck in the chase

McConnell: Anyone meeting with antisemites, white supremacists ‘highly unlikely’ to be president