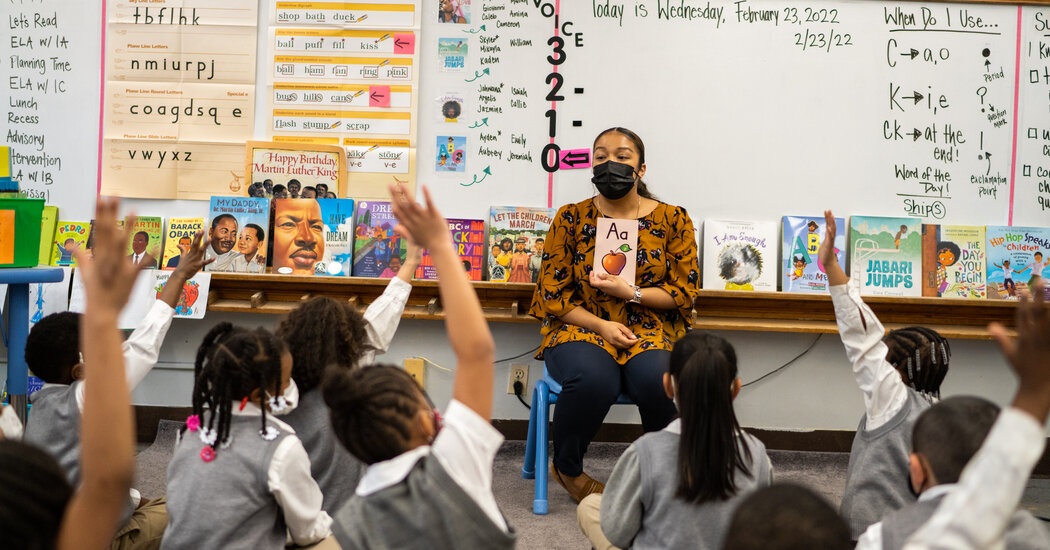 States like Mississippi, Alabama and Massachusetts have begun retraining teachers in phonics and decommissioning outdated curriculum materials. But some efforts were interrupted or slowed by the pandemic.

At Capital Prep, Mrs. John’s students have made big leaps since September. She serves as a model for colleagues, and the school is providing professional development. Still, in February, there were seven open teaching jobs out of 23 at the school, with some students being taught by inexperienced substitutes. Steve Perry, the founder of the Capital Prep charter school network, which has schools in both Connecticut and New York, recently took a trip to Puerto Rico to recruit educators.

Dr. Hogan, the Boston researcher, has a federal grant to provide intensive, small-group tutoring to children at high-poverty schools who are behind on early reading skills. She, too, has struggled to fill open positions, despite pushing the pay to up to $40 per hour from $15 per hour.

It does not help that there is surging demand for private reading and speech therapy for children from affluent families. Fees can run up to $200 per hour, allowing some educators to leave the classroom entirely.

Tamara Cella, a phonics specialist who holds a doctorate from Johns Hopkins University, left the New York City public school system in 2016, frustrated by the strain of principal turnover. In addition to a job at a New Jersey private school, she now moonlights as a phonics tutor for Brooklyn Letters, a company that provides in-home sessions.

She tutors children facing some of the same challenges as those at Capital Prep — missing core phonics skills, and difficulty transitioning from simple reading exercises to comprehending books. But Dr. Cella worries more about the students she no longer sees.

“That feeling of guilt comes over me,” she said. “What about the kids in the Bronx?”