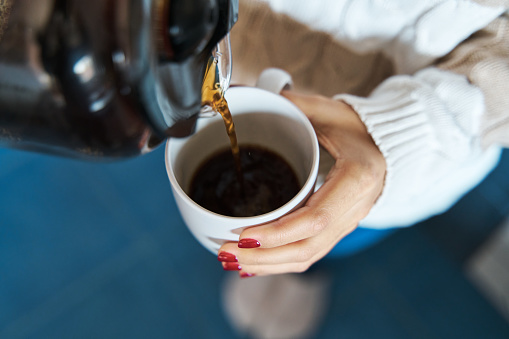 Drinking coffee is a lifestyle for some, and it is a staple drink during the morning and afternoons, but some reports claim it is a cause of death for an isolated case and triggering mental health issues. “Is drinking coffee bad for the health?” is the question that most people look into when consuming a more than adequate amount of the drink daily.

Coffee Claimed the Life of a Personal Trainer, But is it to Blame?

Consuming something less or more than its supposed or safe parameters is lethal to the body.

That happened to a British personal trainer who consumed as much as 200 cups of coffee dosed in 5 grams of caffeine powder on improper use of a digital scale. The recommended dosage to weigh was 60 to 300 milligrams of the powder but miscalculated it to almost a thousand times its recommended dosage, resulting in his fatal death.

After a few minutes lying down as he clutched his chest, the BBC said that his mouth began foaming. Paramedics rushed in 45 minutes later to resuscitate the man, but he was pronounced dead when he arrived at the hospital.

The typical caffeine in the blood reaches two to four mg only after drinking filtered coffee. However, the man’s post mortem reported that his samples showed over 392 milligrams of caffeine.

Read Also: New Study Says Drinking Up To 25 Cups Of Coffee A Day Is Still Safe

According to People Magazine, Ireland Baldwin said that she experienced anxiety attacks due to coffee consumption, which significantly affects a person who suffers from a mental health condition.

Coffee is a beverage that should be consumed in moderation, and people always need to check the food or liquid they ingest to avoid overdosage of caffeine.

People will suffer the consequences if they are not careful, especially as coffee is a delicate beverage.

Coffee and Caffeine: What is with it?

Coffee is a drink known to the world as a partner for its heavy meals and afternoon delights, and it has been famous over the pandemic’s lockdown until now. Dalgona Coffee became a favorite drink over the pandemic, with many hand mixers becoming a massive demand in retail stores to help in mixing the favorite topping on the cold glass.

However, coffee’s fame is known to many, not because of the pandemic season alone.

Many studies are made because of the drink, and scientists even tied bowel movement and digestion to receive a significant effect due to the hot or cold beverage. Most people partner coffee in their everyday diet as it has been a part of their routine, with the caffeine kick it brings to the person, depending on their tolerance of its effects.

Some say that coffee and caffeine helps in living longer; the drink helps the person’s body revitalize cells with its antioxidants. However, the reports above challenge its safety for some people, especially if they have a specific effect on them. It is a drink that still amps up the body’s adrenaline and heart rate for concentrated ones.

Related Article: TikTok’s ‘Proffee’ Trend Substitutes Coffee Creamer with Protein Shake Powder, But Is It Needed by the Body?