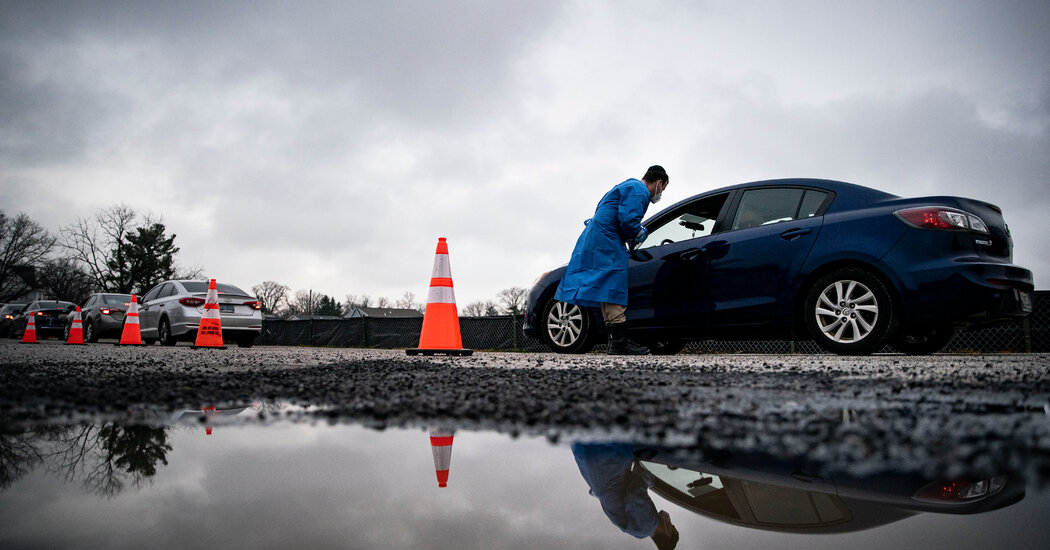 Cameron Byerley, an assistant professor in mathematics education at the University of Georgia, built an online tool called Covid-Taser, allowing people to adjust age, vaccine status and health background to predict the risks of the virus. Her team used estimates from earlier in the pandemic of the proportion of infections that led to bad outcomes.

Her research has shown that people have trouble interpreting percentages, Dr. Byerley said. She recalled her 69-year-old mother-in-law being unsure whether to worry earlier in the pandemic after a news program said people her age had a 10 percent risk of dying from an infection.

Dr. Byerley’s estimates showed, for instance, that an average 40-year-old vaccinated over six months ago faced roughly the same chance of being hospitalized after an infection as someone did of dying in a car crash in the course of 170 cross-country road trips. (More recent vaccine shots provide better protection than older ones, complicating these predictions.)

For immunocompromised people, the risks are higher. An unvaccinated 61-year-old with an organ transplant, Dr. Byerley estimated, is three times as likely to die after an infection as someone is to die within five years of receiving a diagnosis of stage one breast cancer. And that transplant recipient is twice as likely to die from Covid as someone is to die while scaling Mount Everest.

With the most vulnerable people in mind, Dr. Jeremy Faust, an emergency physician at Brigham and Women’s Hospital in Boston, set out last month to determine how low cases would have to fall for people to stop indoor masking without endangering those with extremely weakened immune systems.

He imagined a hypothetical person who derived no benefit from vaccines, wore a good mask, took hard-to-get prophylactic medication, attended occasional gatherings and shopped but did not work in person. He set his sights on keeping vulnerable people’s chances of being infected below 1 percent over a four-month period.