“We figured it out. We’re all set, at least for now. But I think about what that would be like. If you’re a shift worker with two jobs, maybe you don’t have a car, you literally don’t have the time or the money to be going from store to store,” he added. “That’s why this is such a serious issue, and that’s why it’s getting attention at the highest levels.”

The formula shortage has been fueled by a major recall of Abbott Nutrition products in February, as well as the monthslong shutdown of the company’s infant formula plant in Michigan stemming from an investigation by the Food and Drug Administration.

Still, the issue has been brewing for months amid supply chain issues.

The administration last week announced plans aimed at speeding up manufacturing, boosting imports to increase supply and cracking down on price gouging.

“Fundamentally, we are here because a company was not able to guarantee that its plant was safe and that plant has shut down,” Buttigieg said.

He also said the government should “probably take a look at” how just a handful of major manufacturers control much of the infant formula production in the U.S., but emphasized the quickest path to ease supply concerns is for the Michigan plant to “come back online safely”

“Let’s be very clear. This is a capitalist country. The government does not make baby formula, nor should it. Companies make formula, and one of those companies — a company that seems to have 40 percent market share — messed up,” he added. “So the most important thing to do right now, of course, is to get that plant in Michigan up and running safely.” 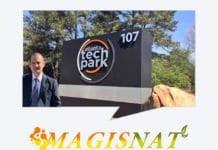