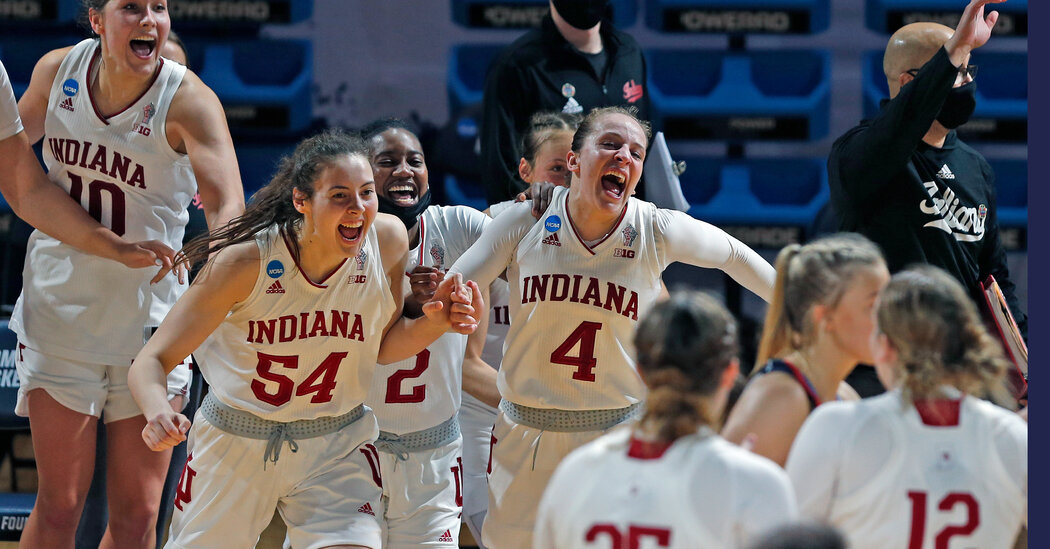 Fourth-seeded Indiana has punched its first-ever ticket to the Sweet 16 with a 70-48 blowout win over No. 12 seed Belmont, conserving the Bruins from an upset run. It is Hoosiers Coach Teri Moren’s first journey to the spherical of 16.

Four of 5 starters scored a minimum of 10 factors every for the Hoosiers. The fifth, 6-foot-Three junior Aleksa Gulbe, had 9 factors and 15 rebounds.

“A lot of the things she does don’t show up on the stat sheet,” stated Grace Berger, who had 17 factors within the recreation and has probably the most triple-doubles in Division I this season. “To see her get 15 rebounds is big time, but it’s nothing she doesn’t do for us every game.”

“We’re really excited — that’s an understatement,” Berger added. “But we also know we’re not done yet.”