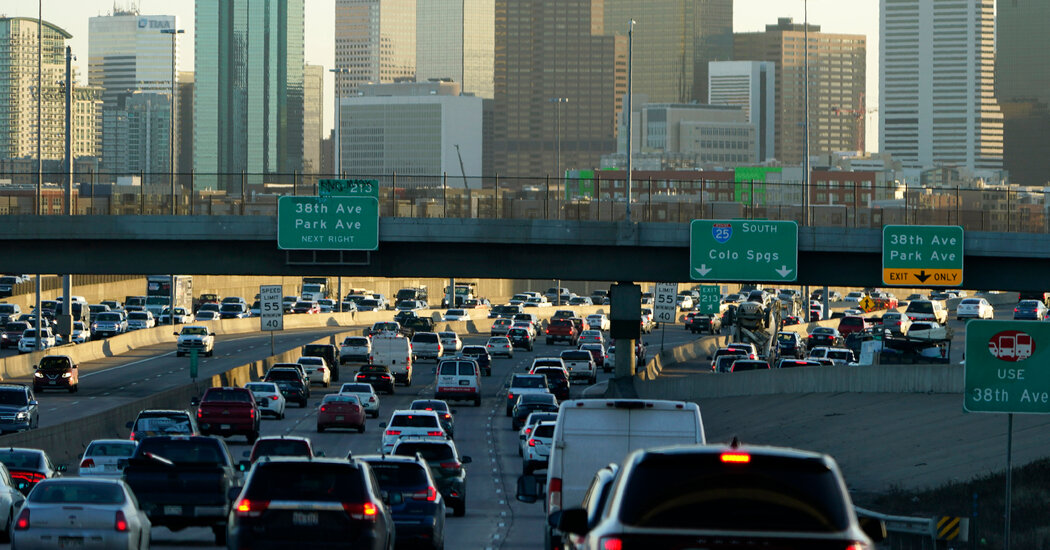 Over the coming decade, the decisions that Colorado and other states make about how many new roads to build could have major consequences for America’s ability to tackle climate change. Transportation is the nation’s largest source of greenhouse gases, producing 29 percent of emissions, and has been stubbornly difficult to clean up.

The new $1 trillion infrastructure law invests billions in climate-friendly programs like electric car chargers and public transit. But it also gives states $273 billion for highways over five years, with few strings attached. One analysis from the Georgetown Climate Center found that this money could significantly increase emissions if states keep adding highway lanes.

Already, there are signs that even states with ambitious climate goals like Washington, Illinois and Nevada hope to use federal funds to expand roadways, such as adding lanes to a congested section of the Eisenhower Freeway near Chicago. In 2019, states spent one-third of their highway dollars on new road capacity, roughly $19.3 billion, with the rest spent on repairs.

The core problem, environmentalists say, is a phenomenon known as “induced traffic demand.” When states build new roads or add lanes to congested highways, instead of reducing traffic, more cars show up to fill the available space.

Induced demand explains why, when Texas widened the Katy Freeway in Houston to more than 20 lanes in 2011, at a cost of $2.8 billion, congestion returned to previous levels within a few years.

“It’s not always intuitive to people, but the economic logic is pretty simple: If you make driving easier, people will do more of it,” said Susan Handy, a transportation expert at the University of California, Davis, who helped develop a calculator showing how highway expansions can increase emissions in different cities.