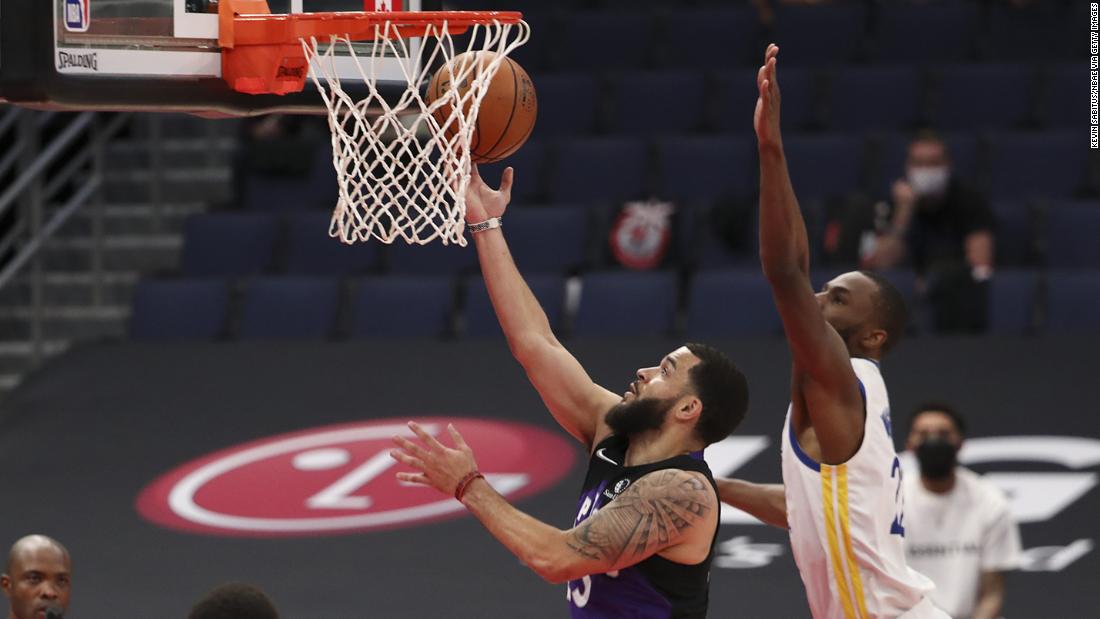 Missing Steph Curry, who was out with a sore tailbone, the Golden State Warriors had been routed 130-77 by the Toronto Raptors in Tampa, Florida on Friday.

“You saw it,” mentioned Warriors coach Steve Kerr as he mirrored on the group’s third worst defeat in its historical past and its sixth of their previous seven video games.

“We just got destroyed. Not a whole lot to be said. Humiliating for everybody involved.”

“I just think the game went south on us quickly and we got demoralized,” Kerr mentioned.

As effectively as lacking Curry, the Warriors had been with out Draymond Green, who had a sprained finger.

“I think without Steph and Draymond out there I think we were a little bit rudderless when things went south,” added Kerr. “We didn’t have the internal fight that we needed to kind of get over the hump.”

At one level the Raptors led by as many as 61 factors, outscoring the Warriors 35-16 in the second quarter and 46-14 in the third.

Those two quarters noticed the Raptors outscore the Warriors by 51 factors, a document factors differential over a two-quarter span inside a sport in NBA historical past,

“Losing is not fun, and anything that lifts us out of that is good,” mentioned Siakam.

The Warriors’ 53 factors loss was the largest margin of victory in the NBA this season.