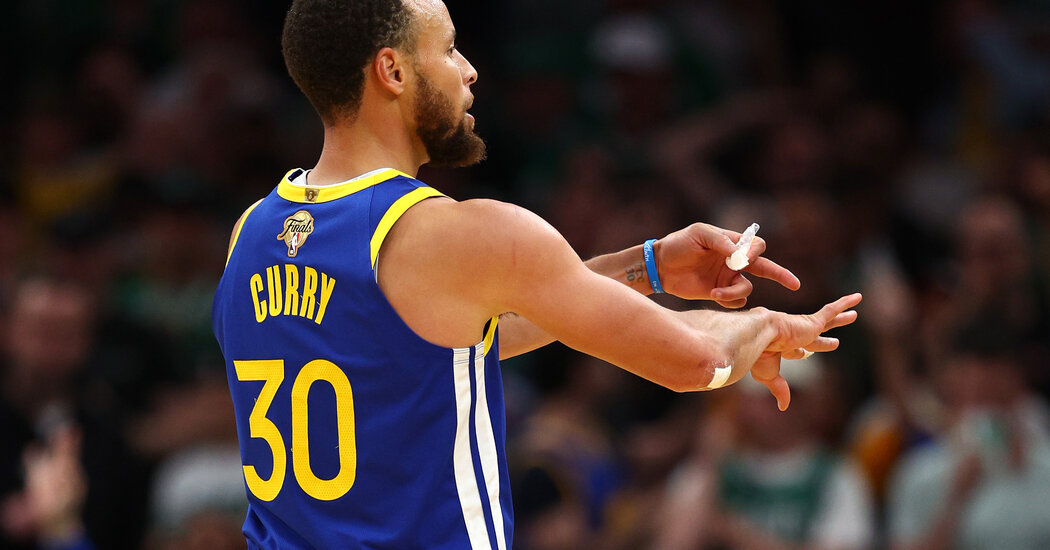 Curry had his way against Boston’s defense in Game 4, scoring 43 points. Then in Game 5, the Celtics stymied his efforts, only to have his teammates make up the ground he lost.

At a news conference Wednesday afternoon, Green recalled a moment during Golden State’s flight to Boston from San Francisco between Games 5 and 6. He, Thompson and Curry were sitting together when they were spotted by Bob Myers, the team’s general manager and president of basketball operations.

At a separate news conference a few minutes later, Thompson was asked about that moment and why the three of them still enjoy each other’s company. Curry stood against a wall, watching, waiting for his turn to speak.

“Well, I don’t know about that,” Thompson said. “I owe Draymond some money in dominoes, so I don’t want to see him too many times.”

Curry bent at the waist, doubled over with quiet laughter.

“I was half asleep,” Thompson continued. “Draymond and Bob were chatting their hearts away for six hours on a plane ride. I was just trying to get some sleep.”

Curry said later, “All the personalities are so different. Everybody comes from different backgrounds. But we’ve all jelled around a collective unit of how we do things, whether it’s in the locker room, on the plane, the hotels, like whatever it is. We know how to have fun and jell and keep things light but also understand what we’re trying to do and why it all matters in terms of winning games.”