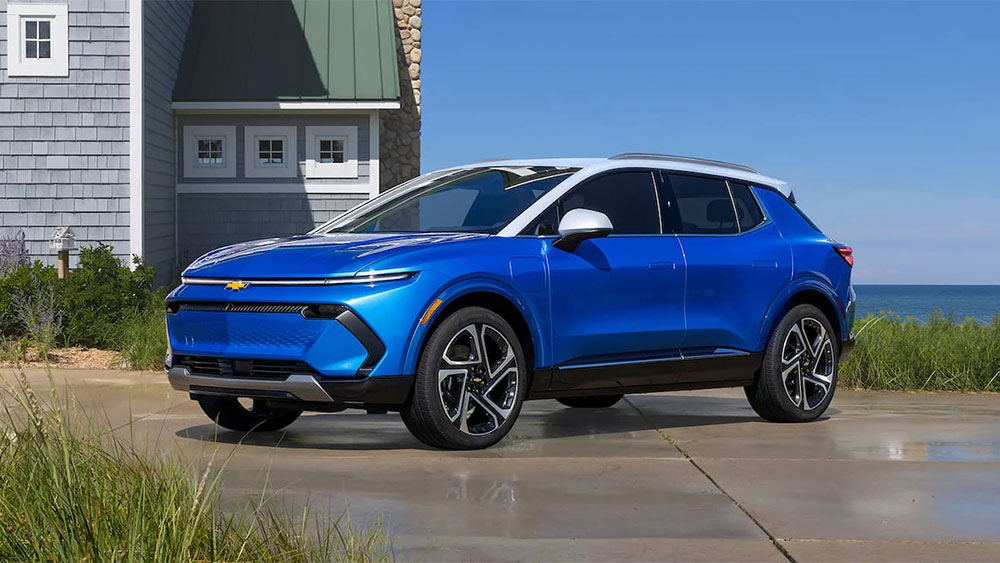 In a letter to shareholders Tuesday, GM CEO Mary Barra said the company maintained full-year guidance despite a challenging environment. “Demand continues to be strong for GM products and we are actively managing the headwinds we face,” she wrote.


GM also reiterated its plan to accelerate on electric cars. At an investor day Nov. 17, GM will discuss the “rapid scaling of our EV portfolio,” Barra said Tuesday.

Upcoming EVs in 2023, mainly from GM’s Chevrolet mainstream value brand, have been “incredibly well received” by customers and industry experts, Barra wrote in the letter to shareholders.

They are expected to drive “rapid EV adoption and conquest sales for GM, including in coastal markets,” Barra added. In coming years, the all-electric lineup will include relatively affordable Silverado pickup trucks and Equinox compact SUVs, as well as higher-end and luxury models.

In 2023, Bolt EV production will increase by nearly 60%, GM said Tuesday. The Bolt outsold “Ford’s Mach-E by more than two to one in September,” the letter to shareholders said.

The Mach-E is a spearhead of Ford‘s (F) own EV transition. Traditional automakers are making a bold and costly shift to electric vehicles, chasing Tesla (TSLA).

Ford earnings are due Wednesday after the automaker warned on Q3 in late September.

Estimates: Analysts polled by FactSet expected General Motors earnings per share to rebound 23% to $1.88 on a 57% revenue bounce to $42.086 billion.

On the back of record Chevy Bolt sales, GM’s share of the U.S. EV market reached 8% in Q3 from 4% the prior quarter.

Technically, General Motors stock has a bottoming base with a 42.46 buy point, above the 50-day and 200-day.

Tesla stock gained 5.1% Tuesday, rising above the 10-day average but below longer-term averages.

But concerns about the auto market and broader economy continue to grow. After chip and other parts shortages, worries about demand for new and used cars, as well as car loans, have increased amid rising rate and inflation.

Still, General Motors said in early October that the launch of three important new EVs in 2023 remains on schedule. Those will include the first all-electric versions of the Silverado truck, Blazer SUV and Equinox SUV crossover, all from its Chevrolet brand, which is known for value.

On Oct. 11, GM announced a new GM Energy business, offering electricity storage and management for homes and businesses. The move sharpened its rivalry vs. Tesla, which has big stakes in energy storage along with leadership in electric vehicles.

Despite its Q3 warning on Sept. 20, Ford maintained full-year earnings guidance. The automaker grew Q3 U.S. auto sales 16% but delayed deliveries of some of its most profitable vehicles, expecting to complete and ship those vehicles in the current quarter as necessary parts arrive.

On Sept. 20, Ford warned on Q3 profits, given thousands of incomplete vehicles and a billion dollars more in unexpected costs amid supply issues and inflation.

Since then, used-car retailer CarMax (KMX) and EV leader Tesla (TSLA) have given weak outlooks for vehicle demand and deliveries, respectively.