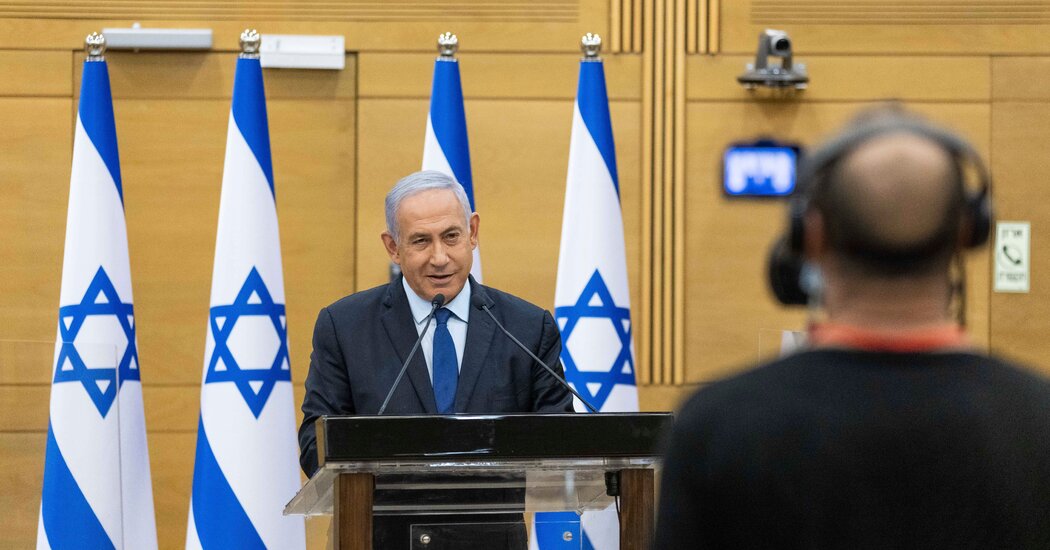 Haaretz is essentially the most outstanding day by day paper in Israel that’s related to the left.

“Netanyahu, if he leaves the Prime Minister’s Office, will go into the opposition and make this government’s life hell. His supporters will follow him and won’t hesitate to use any word, curse or form of protest. The rising incitement against Bennett and Shaked, who have been called ‘corrupt,’ ‘swindlers’ and ‘traitors’ are a pale promo of what’s to come,” wrote Ravit Hecht, a columnist for Haaretz, referring to Ayelet Shaked, an in depth ally of Mr. Bennett’s. (Mr. Netanyahu would stay in Parliament, except he resigns his seat.)

“The Bibi-ists won’t abandon Netanyahu,” she added, talking of Mr. Netanyahu’s most loyal supporters. “Addicted to feelings of inferiority, fantasies of persecution, to blood libels with little basis in reality and especially to speculation and conspiracy theories, they will not accept a regime change that was achieved as a result of a democratic election. They will not leave him because this is how they love him best. A tragic hero, a noble victim, who redeems them from the condescension of the entire world.”

Makor Rishon is a right-leaning day by day paper related to spiritual Zionism. This article excerpt was translated from the Hebrew.

“Benjamin Netanyahu. What has not been said about the man? Perhaps this is the end. Indeed, it will take time, but this skilled man has reached the finish line, precisely because of his natural talent, success and accomplishments,” wrote Doron Matza, a frequent columnist for Makor Rishon.

“That’s how it is: For every hegemon, there is an automatic resistance. The partners of the next government will try to make sure he is removed from the stage completely. Some kind of legislation limiting his term or potential to run for office in the future will do the job,” he mentioned. “There is something tragic, even unfair, in this game, but that’s how it works.”