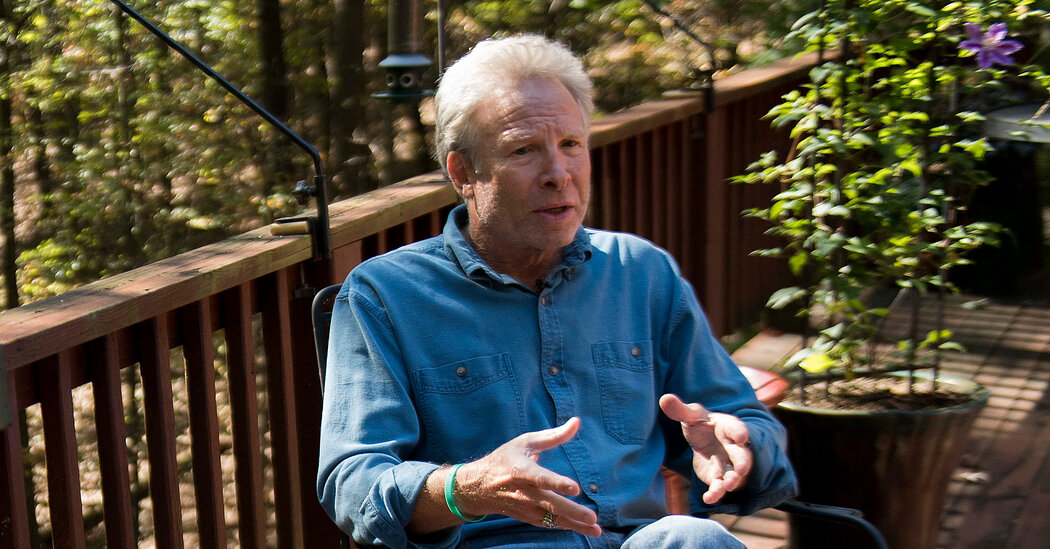 The father of a slain journalist urged federal regulators in a grievance filed Tuesday to make Facebook change the way it polices content material, accusing it of failing to take away footage of his daughter’s killing from its platforms.

Andy Parker, the daddy of the journalist, Alison Parker, mentioned at a news conference on Tuesday that the social media firm was violating its personal phrases of service by internet hosting movies on Facebook and Instagram that confirmed the assault on his daughter.

Ms. Parker, a TV information reporter for WDBJ in Roanoke, Va., and a cameraman, Adam Ward, had been killed in August 2015 by a former co-worker, who attacked them during a broadcast.

Ms. Parker, 24, and Mr. Ward, 27, had been pronounced lifeless on the scene. The former co-worker later died by suicide.

In the grievance, filed with the Federal Trade Commission, Mr. Parker and Georgetown Law’s Civil Rights Clinic mentioned that, regardless of assurances from firm executives that footage of the assault could be eliminated, video of it continues to resurface on Facebook and Instagram.

In an announcement on Wednesday, Facebook mentioned, “These videos violate our policies and we are continuing to remove them from the platform as we have been doing since this disturbing incident first occurred.”

The firm added, “We are also continuing to proactively detect and remove visually similar videos when they are uploaded.”

The grievance to the F.T.C. mentioned that Facebook and Instagram don’t evaluate flagged or reported content material in a well timed method, which makes it arduous to eradicate extensively shared movies.

“Volunteers who spend significant time monitoring social media platforms for violative content often must wait weeks after reporting content before any response from the platform; even after these efforts, videos often remain on the site,” the grievance mentioned.

The grievance mentioned that volunteers had helped Mr. Parker report movies on Facebook and Instagram, however that movies of the taking pictures have reappeared or persevered.

The legislation clinic requested that the F.T.C. make Facebook change the way it displays content material or face lots of of hundreds of thousands of {dollars} in fines.

An F.T.C. spokeswoman, Juliana Gruenwald Henderson, mentioned in an e mail that the company’s officers “take these complaints very seriously.” She declined to touch upon Mr. Parker’s grievance, saying that “the existence of any investigation is nonpublic information.”

The grievance was filed as tech giants face rising strain from the federal government, whose scrutiny has not too long ago landed on Facebook specifically. The F.T.C. filed a revised antitrust lawsuit against the company this 12 months, and this month, a whistle-blower spoke to Congress about firm analysis on the harms Instagram could do to youngsters and about Facebook’s ability to police misinformation.

Last 12 months, Mr. Parker and the Georgetown Law clinic filed a complaint with the F.T.C. accusing YouTube, which is owned by Google, of deceiving shoppers by refusing to take down movies that violate its phrases of service.

“Alison’s murder, shared on Facebook, Instagram and YouTube, is just one of the egregious practices that are undermining the fabric of our society,” Mr. Parker mentioned on Tuesday.

Mr. Parker additionally known as for Congress to regulate social media firms, saying, “I hope my F.T.C. complaint gets traction but ultimately, Congress is going to have to fix social media before it ruins our country and the world.”

In an interview on Wednesday, he additionally linked his grievance to the testimony given by Frances Haugen, the Facebook whistle-blower, concerning the firm’s skill to police content material that seems on its platforms.

“Her testimony maintains that social media companies have the A.I. and the ability to scrub murder and misinformation, stuff that they say they don’t allow on their platform, but they will not remove it because it affects the bottom line,” he mentioned. “They monetized Alison’s murder.”