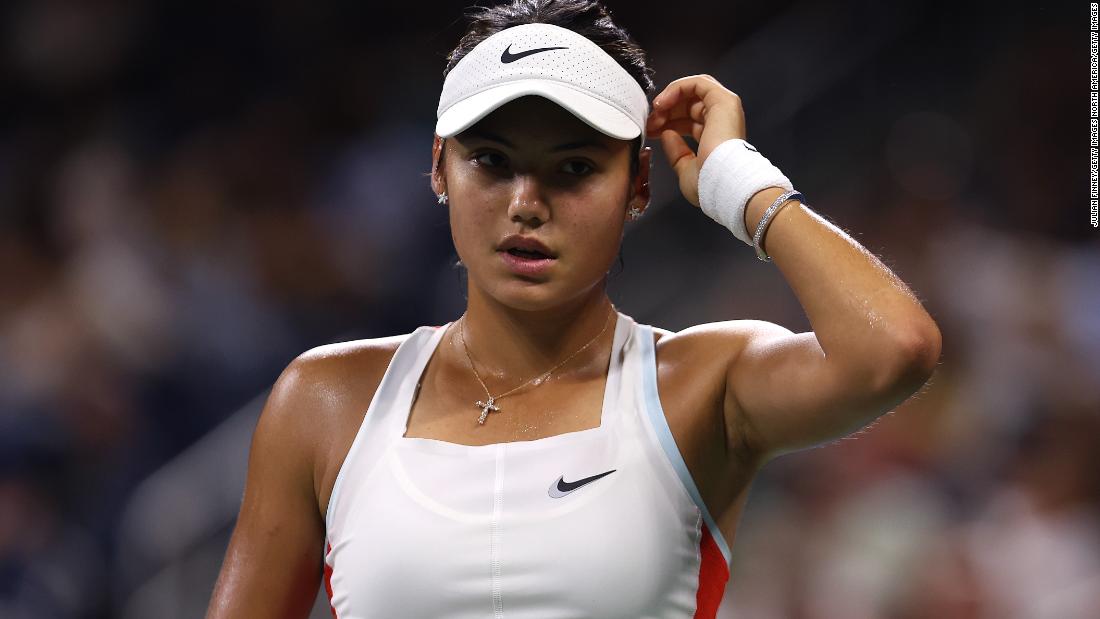 On a rainy night in New York, Osaka was beaten by American Danielle Collins in straight sets — 7-6(5) 6-3 — while defending champion Emma Raducanu fell to Alizé Cornet.

Raducanu, 19, stunned the world by winning her first grand slam at Flushing Meadows last year, but she’s struggled to find similar form ever since.

The experience and intensity of the experienced Cornet proved too much for her as she was defeated in straight sets — 6-3 6-3.

“This one obviously hurts a bit because it’s my favorite tournament and there are a lot of emotions in the past year,” she told reporters after the defeat.

“I’m proud for putting myself out there every match, every day, knowing I’m pushing myself to be the best I can.”

Raducanu will fall down the rankings after a frustrating year which has been plagued by injuries and changes in her coaching staff.

The youngster has struggled to come to terms with life on the full WTA Tour but did show flashes of quality that secured her maiden grand slam title just 12 months ago.

Cornet was simply in better form and is now no stranger to big results at the slams, having previously beaten the likes of Iga Swiatek at Wimbledon.

The Frenchwoman now holds the Open-era record for the most consecutive grand slam appearances, having appeared in the previous 63.

“I think I’m handling my emotions better,” Cornet told reporters after the match. “I guess I’m getting old — more mature. It shows in my results. I’m 32 — better late than never.”

‘She definitely whooped me the last time’

Osaka suffered a similar experience as Raducanu but this time at the hands of the talented Collins.

The world No. 19 had never even won a set against Osaka in all of their previous three meetings but powered past the four-time grand slam champion this time.

“When you lose to someone three times, you get a lot of information on what you can do better,” Collins told reporters.

“With Naomi being the player that she is, she definitely whooped me the last time. I just had to learn from that and make adjustments and I think I did that.”

Osaka, a two-time US Open champion, was unseeded in this year’s event and is currently ranked 44th in the world.

Struggling with momentum and form, she was probably an underdog coming into the first round but gave an impressive performance despite the defeat.

Collins will now play Spanish qualifier Cristina Bucșa in the next round while Cornet faces Katerina Siniaková.