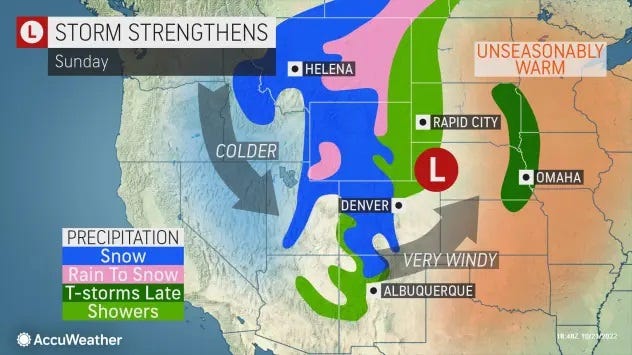 Amid a coast-to-coast temperature flip-flop, the central U.S. is bracing for severe weather as an early winter storm flanked by thunderstorms brews over the West.

Over the weekend, temperatures in the West are expected to drop as much as 25 degrees, the National Weather Service says. At the same time, some areas in the center of the country could be 25 degrees warmer than usual.

The clash of warm and cold air may also lead to severe weather this weekend into early next week, forecasters said.

“As cold air and surging warmth collide, a whopper of a storm system will unleash a variety of travel-disrupting weather impacts such as heavy snow, severe weather and winds up to 90 mph across the nation’s midsection,” AccuWeather said, adding that severe weather could risk lives and property from the Rockies to the Great Plains.

HERE’S WHAT’S AT STAKE:Climate change is on the ballot in the midterm elections

The storm’s southeastern zone will see warmer air and may bring strong winds, rain, hail and possible tornadoes. On its northeastern zone, plunging temperatures may be paired with heavy snow, gusty wind and blizzard conditions in some areas.

The area with the greatest risk for severe weather stretches from northeastern Kansas and northern Missouri to southern Minnesota, AccuWeather said.

Earlier in October, the West was seeing warmer temps as much of the East was cooler than normal. 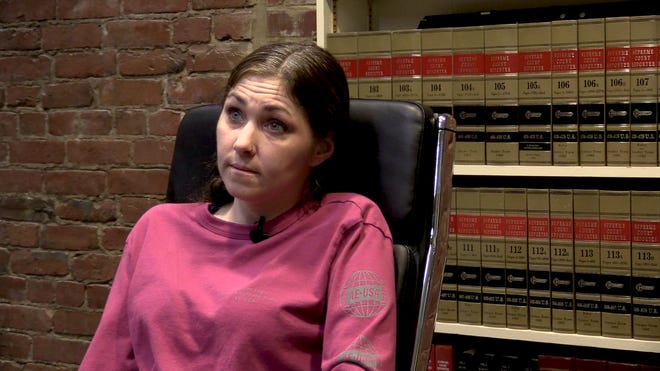 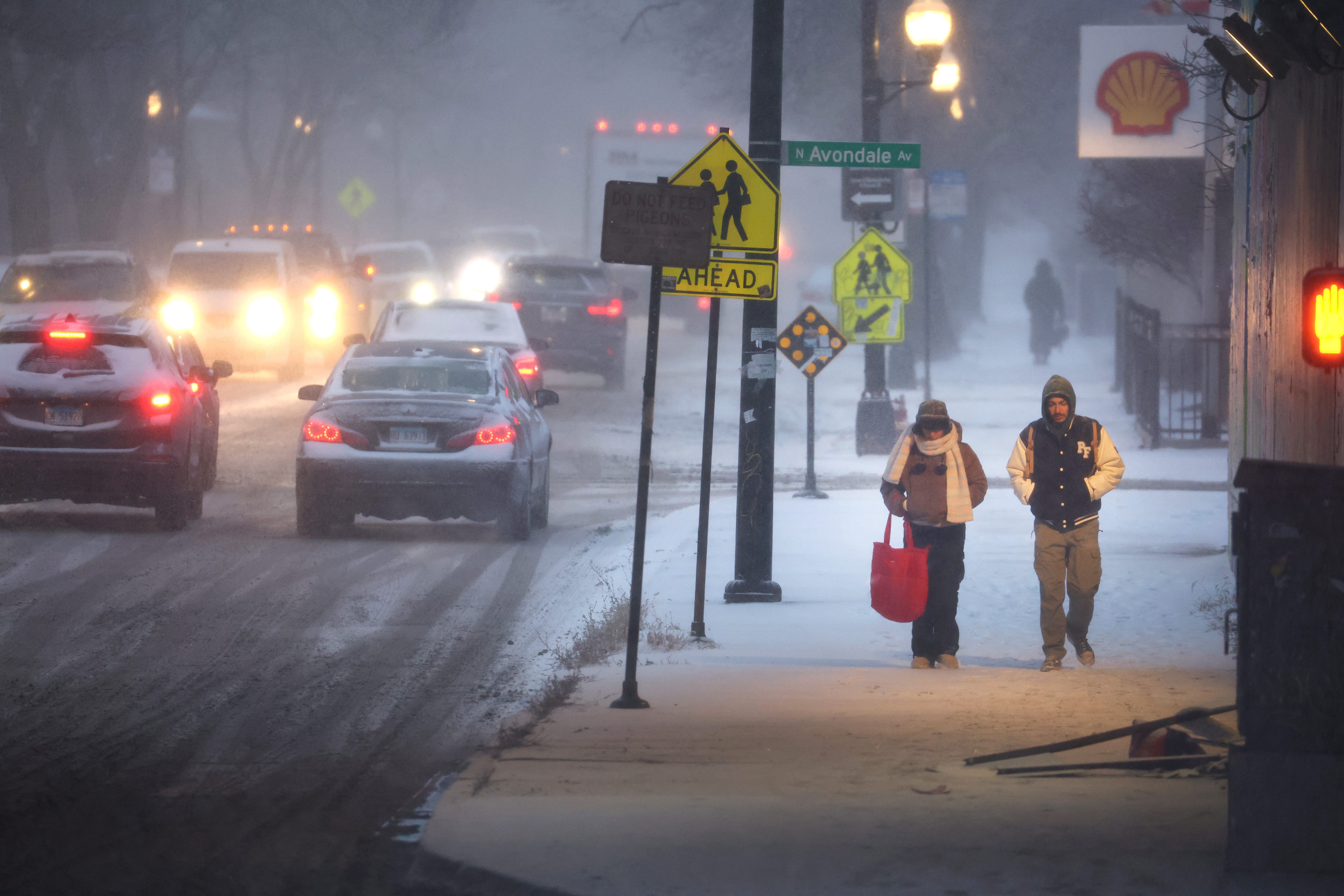 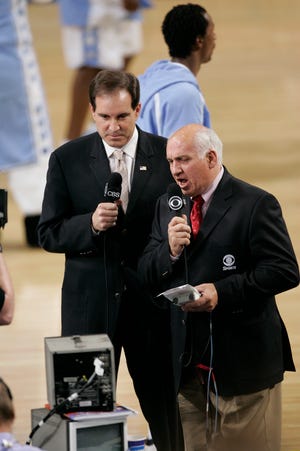