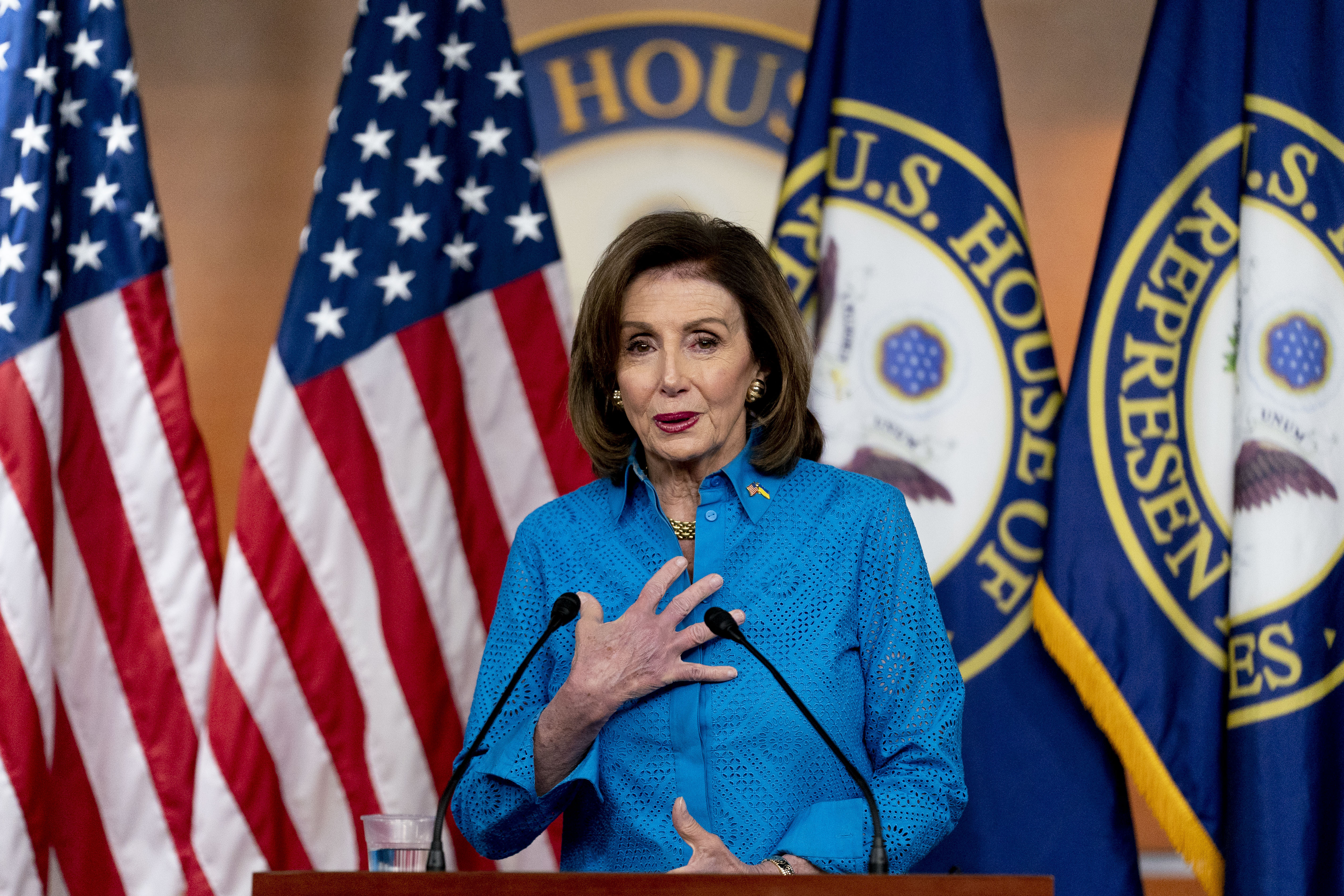 Pelosi’s remarks in the closed-door Democratic meeting, relayed by multiple people in the room, reflect a growing frustration among party leaders about the difficult path forward for the $15 billion pandemic assistance measure. Pelosi, along with Senate Majority Leader Chuck Schumer and President Joe Biden, are searching for a way to approve that funding after members of her caucus rebelled over how the package would be paid for — specifically, clawing back hundreds of millions in unspent state government aid.

Walking out of the Thursday morning meeting, Pelosi was confident the legislation could soon pass both chambers of Congress and land on Biden’s desk.

“We’re just going to have to pass it, and we’ll pass it when we have the votes to pass it,” Pelosi said in a brief interview. “In order to have bipartisan votes, we want it to be paid for, and that’s what we’re doing.”

Later on Thursday, Pelosi suggested to reporters that the total should be even more than $15 billion, given the delay.

“The resources that we would have had in the bill I think need to be enhanced, now because we’re another week later and we still don’t have it.”

Amid intensifying White House pleas for a new strategy to pay for the Covid aid, Pelosi and her leadership team are ditching the controversial state offsets and trying to find a Plan B. But that brings up a bigger problem for the party: Now that the cash has been detached from the giant bipartisan spending deal that leaders had assumed would guarantee its passage, how do they get it through the 50-50 Senate?

It’s unclear when that package could get a vote, with the House slated to leave for a one-week recess on Friday without the bill on the schedule.

Several Senate Republican swing votes have sounded skeptical about delivering any more Covid cash, insisting that the White House needs to be clearer about exactly what it needs.

“Believe it or not, the administration has not provided the information that we Republicans asked for,” said Sen. Mitt Romney (R-Utah). “Nevertheless, Leader Schumer did agree with our leadership [on] a $15 billion package with money repurposed with prior Covid funds. It was stopped, as you know, by House progressives. But the money was there.”

“They have demonstrated that there’s money that’s not been spent, that can be used to meet the needs,” Romney added. “And we fully agree that they should do that.”

In fact, the House Democratic pushback ranged beyond progressives; it was dominated by members from states whose unspent pandemic aid would have gotten redirected to the new assistance package. That complicated stalemate has frustrated White House officials who say many lawmakers still don’t fully understand the consequences of failing to fund the Covid response — and who fear those members won’t get it until it’s too late.

In talks with the Hill, the administration has emphasized the urgency of its full $22.5 billion request, sending lawmakers lists of pandemic programs that are low on cash, and circulating internal projections for when supplies of specific treatments and vaccines will be exhausted.

Many Democrats say a compromise with Republicans is still possible, but concede it will be an uphill battle to win GOP support for a second agreement. Sen. Roy Blunt (R-Mo.) spoke to the White House this week about a path forward for Covid aid relief, but said Republicans need to know where and how the previous money was spent.

Senate Minority Whip John Thune (R-S.D.) predicted that the odds of 10 Republicans supporting a Covid relief package are “not good” if the money doesn’t come from repurposed funds. Ultimately, GOP votes will depend on offsets, he said.

“It would have passed, they could have had it,” Thune said. “Now… this is a whole different conversation.”

Democrats acknowledge the far simpler path was to pass the aid as part of the bipartisan spending deal, which included sweeteners for the GOP like huge Pentagon funding increases and Ukrainian aid.

Now, the two parties must try to make a deal on pandemic aid alone, after a rebellion from several House Democrats forced party leaders to scuttle plans to include that money in the broader package. Those Democrats objected to party leaders’ plan to pay for a big chunk of that cash by repurposing hundreds of millions of dollars in certain states’ unused state pandemic aid.

“It’s a big challenge,” said Sen. Dick Durbin (D-Ill.) of the path forward in the Senate. “I think we’ve put together a responsible bipartisan approach, I’m sorry the House didn’t approve it.”

Durbin complained that some of the House Democrats refused to support it over a “small, small percentage of federal funds” that their states would have lost: “It really was not too much to ask considering the gravity of the situation.”

But the multiple House Democrats who did oppose the legislation felt strongly they had no choice. Rep. Emanuel Cleaver (D-Mo.) said he was prepared to buck his own party’s leadership for the first time in 18 years.

“It was a mistake. It’s just the biggest one we’ve had since I’ve been here,” Cleaver said, reflecting on the previous week. “It put me in the worst spot that I’ve been in here.”

Even as House Democrats waffle over Covid aid, the administration has reserved its sharpest criticism for Republicans in the Senate, who have maintained the White House has not demonstrated the need for more money.

Meanwhile, Biden’s administration has come to believe that most GOP senators now understand the government is in dire need of more Covid money, but are still feigning uncertainty as an excuse not to support additional funding, according to one White House official who was granted anonymity to speak candidly. But there’s no path to passage without Senate GOP support, the official acknowledged, saying the money is needed within the next two to three weeks and thus can’t wait for a broader, must-pass package to come before Congress. The House will return March 28.

Officials have reiterated that need by explaining that monoclonal antibody treatments — which both Republican and Democratic governors have touted as lifesaving drugs — will run out within weeks. The White House told state leaders this week that it is cutting allotments of the treatments by 30 percent beginning next week. Even after that, the government only has enough supply to last until May.

Still, the administration is struggling to convince skeptical members of the gravity of the situation. The same White House official ventured that because the administration has always had vaccines and treatments on hand, some lawmakers don’t fully appreciate how quickly those stockpiles could disappear. Others are simply tired of the pandemic, the official added, and don’t want to continue dealing with it.

Rep. Tom Cole (R-Okla.), who controls health spending for the House GOP, said he believes some funding will ultimately be approved. But he’s not sure the path to get there, only noting that he believed enough Republicans would eventually support a package as long as it is fully paid for.

Democrats “made it very hard,” Cole said. “Why would Republicans vote for more deficit spending or whatever, when we think the money’s there? And we actually had a solution.”