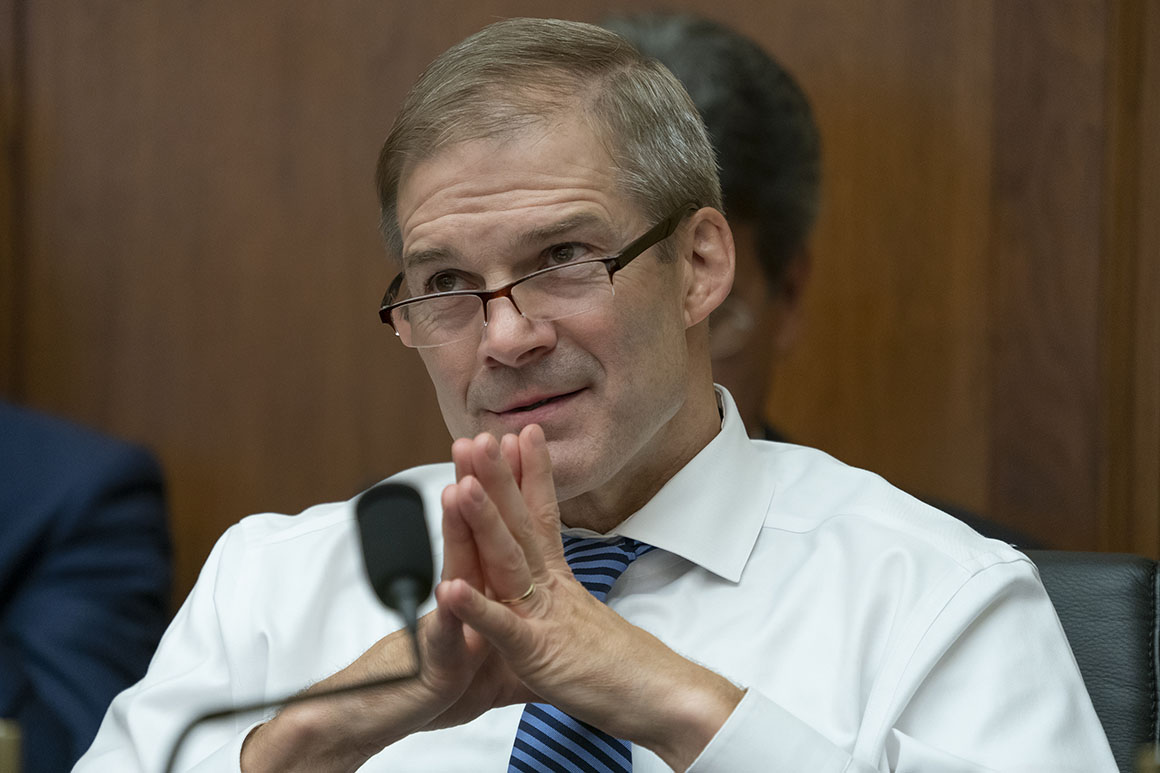 Three out of the five Republican appointees voted to challenge certification of former President Donald Trump’s election loss. But as much as that fact may infuriate House Democrats’ base, the lawmakers themselves appear resigned to moving ahead and have little appetite to contest McCarthy’s choices — over which Speaker Nancy Pelosi technically wields veto power.

As some Democrats see it, enough House Republicans voted against certifying the election results that McCarthy was likely to name at least one select committee member who backed Trump’s election challenge. Two-thirds of the roughly 200-member House Republican conference voted on Jan. 6 to object to President Joe Biden’s win.

“Just based on the math, so many of them voted against certifying the election, that you know, [McCarthy would] be hard-pressed” to go another route, said Rep. Pete Aguilar (D-Calif.), who was appointed by Pelosi to the select committee.

Even Democrats who admitted they were angry about McCarthy’s picks were prepared to accept the outcome.

Rep. Jim McGovern (D-Mass.), one of the last lawmakers to leave the House floor during the insurrection, reserved his strongest criticism for the GOP leader.

“This is McCarthy basically saying he didn’t give a shit,” McGovern said, adding that, “I’m not OK” with having members like Jordan on the committee. “But what can I do about it?”

As Rep. Pramila Jayapal (D-Wash.) saw it, McCarthy could have made “even worse” picks. Some Democrats had fretted that the GOP could have tried to appoint far-right members they suspected of complicity in the attacks, such as Reps. Marjorie Taylor Greene (R-Ga.) or Lauren Boebert (R-Colo.). No evidence has emerged of such activity.

Rep. Veronica Escobar (D-Texas) said the appointed GOP panel members’ votes against the election results were disqualifying but deferred to Pelosi on whether to seat the Republicans.

Democrats are still deciding how to respond to McCarthy’s picks, according to party sources. One said they are encouraging their colleagues to “chill out” as they wait for guidance from Pelosi. The speaker has the final say on the select committee’s makeup and told CNN she was still “considering” McCarthy’s picks but added their votes on the election results were “not a criterion for service.”

McCarthy’s five picks have various backgrounds and strengths, but all are members he can trust.

Republicans see Banks as the GOP foil to the committee chair, Rep. Bennie Thompson (D-Miss.): both have a reputation for being measured, level-headed, and able to stay on message. Still, the select panel will be a test for Banks, who is assuming the leadership role of overseeing a high-profile inquiry for the first time.

Banks, who has a military background, will be expected to counter Democratic attempts to tie Trump to backers who organized the Jan. 6 rally, which preceded the insurrection by supporters of the former president. Already, Republicans have hammered the investigation as a partisan effort to hurt the GOP heading into the midterms next year by going after Trump.

Jordan, expected to be the most dogged pro-Trump attacker on the panel, has already described the inquiry as “impeachment 3.0.” The GOP sees him as a match for some of Democrats’ more pugnacious members like Reps. Adam Schiff (D-Calif.) and Raskin, both of whom have served as lead impeachment managers. Other GOP panelists can lean on Jordan’s impeachment-hearing experience.

Armstrong, who voted to certify Biden’s win, has a background as a lawyer. He, too, was involved in the first impeachment inquiry into Trump’s contacts with Ukraine. Davis, for his part, is a vocal advocate for reform of the Capitol Police in the aftermath of the riot.

Lastly, Nehls, a former sheriff, was one of the handful of House Republicans who stayed behind during the House chamber evacuation on Jan. 6. He also offered support to the Capitol Police who drew their guns at rioters seeking to break onto the chamber floor during the assault.

Even some Republicans who voted to impeach Trump say they were pleased by the picks.

“I am excited to see some folks who’ve not only demonstrated a serious demeanor, but also those who have excellent knowledge of the subject matter,” said freshman Rep. Peter Meijer (R-Mich.), who pointed to Davis, Nehls, Armstrong and Banks. “I think it’s a very well-rounded group.”

But even though Democrats largely avoided contradicting Pelosi or weighing in on whether she should veto McCarthy’s picks, some progressives voiced fierce criticism.

“Kevin McCarthy has decided that he wants to be chauffeur of the clown car, and he’s not just not taking this responsibility seriously, but any of the responsibilities surrounding [Jan. 6] seriously. [P]eople died right here on these steps,” said progressive Rep. Alexandria Ocasio-Cortez (D-N.Y.) as she walked up the Capitol’s East Front.

“They died. And he wants to make a joke out of this,” she added. “So frankly, he should just turn in his pin.”