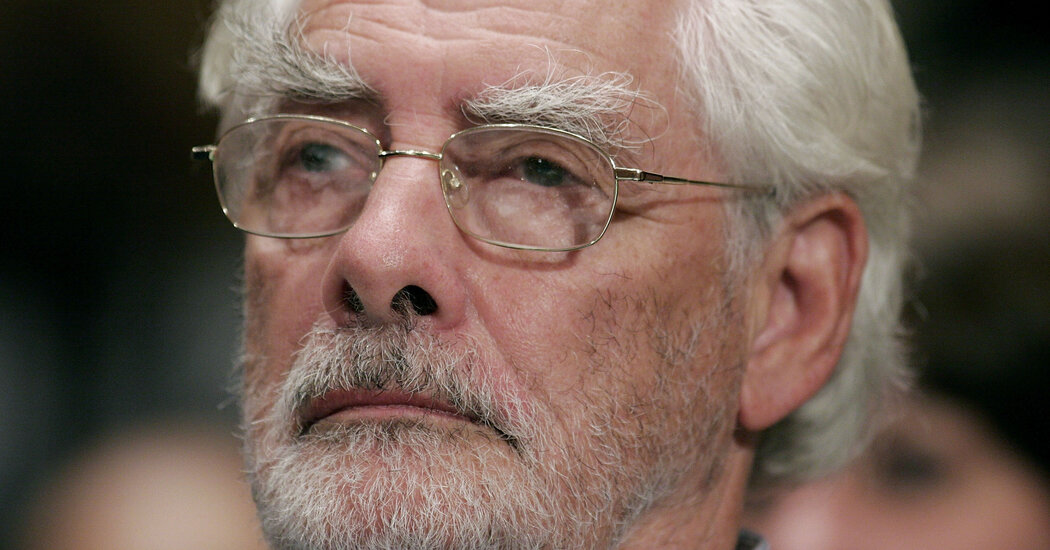 Congress rejected Reagan’s request for more aid to the contras. Cut off, the administration turned to an illegal effort, already established, to sell arms to Iran and use that money to fund the contras. It was a program that, when exposed in 1986, became one of the biggest political scandals of the 20th century.

An expert in Latin American history, Dr. MacMichael saw the Nicaragua episode as just one more in a long list of attempts by the United States to exert its will over the region.

“We are, in a very real sense here, dealing with an obsession, and it is not one limited to the current administration,” he said in a 1985 speech. “The United States is used to wielding absolute power in Central America.”

David enlisted in the Marine Corps out of high school, in 1946, and served two years before enrolling at Hampden-Sydney College in Virginia on the G.I. Bill. He graduated in 1952 with a degree in history, and immediately went back to the corps, this time as an officer.

The Marines sent him to Korea, where in 1953, during the final weeks of the war, he was seriously wounded in a mortar attack. He spent more than a year recovering, then returned to service once again, this time to be trained as an expert in counterinsurgency.

He married Martha Ostrander in 1953. They later divorced. He married Barbara Jentsch, a journalist, in 2003. In addition to his daughter Alicia, his wife survives him, as do his brother, Charles MacMichael; his sister, Joann Marsh; another daughter, Stephanie Kolkka; and his son, John MacMichael.