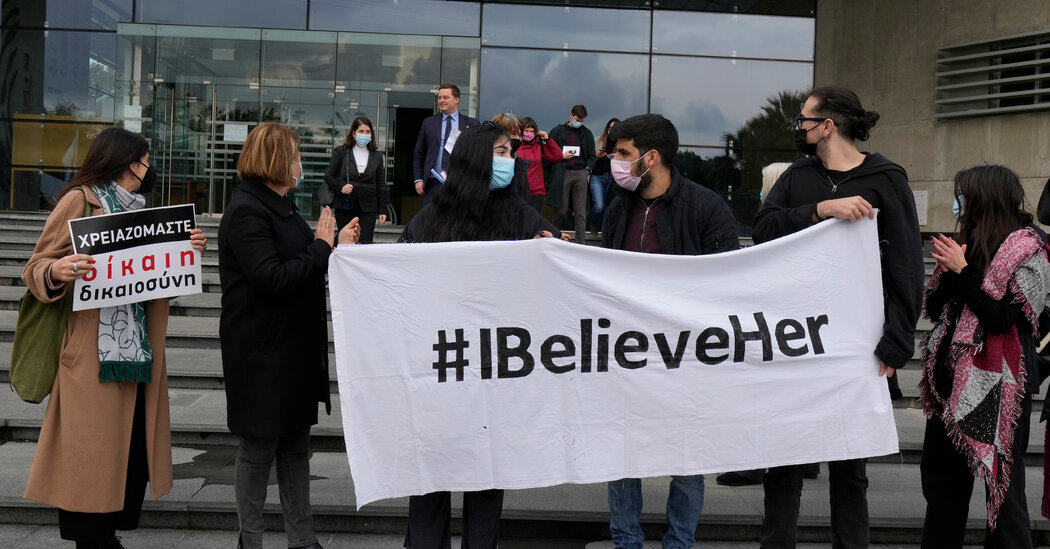 The Supreme Court of Cyprus on Monday overturned the conviction of a British woman accused of fabricating claims that a group of Israeli tourists raped her in a hotel room in Cyprus.

In 2019, less than two weeks after the woman told the Cypriot police that as many as a dozen Israeli tourists had raped her, she was arrested on charges of making a false accusation. Her case drew widespread attention in the British and Israeli news media, and she was convicted and given a four-month suspended sentence.

Lewis Powell, the woman’s lawyer, said in an interview on Monday that the decision was a watershed moment for victims of sexual assault and that his client had received the justice she deserved. The Supreme Court had ruled that faults in the woman’s trial were sufficient reason to overturn her conviction, he said.

He said the woman, who was 18 when she first went to the police, and her family were “absolutely delighted” and relieved by the decision.

Mr. Powell said that the local Cypriot police had botched the first investigation and that he would press them to reinvestigate her allegations of rape. He said that his client had not had access to a lawyer while she was questioned by the police and that the authorities had pressured her to withdraw her claims.

Neither the woman nor those accused were named because of their age and press restrictions set by the Cypriot government, he said.

According to Mr. Powell, the woman says that she had been having a holiday romance with one of the Israeli men, whom she had met in the Cyprus resort town of Ayia Napa. She said that she had agreed to go back to his hotel room, but that shortly after they got there, his friends entered and took turns raping her.

Nir Yaslovitzh, a lawyer who represented several of the Israelis accused in the case, said in a statement on Monday: “My clients stand behind the claim that the complaint made against them was a false complaint, and therefore my clients are not troubled by the court’s ruling in Cyprus. The fact that the court accepted the appeal points to shortcomings in her own trial, and not that my clients are guilty.”

In 2019, Mr. Yaslovitch told the news media that video clips made by at least one of the Israelis had contradicted the accuser’s account. He said that when the investigators confronted her with the video and other inconsistencies in her testimony, she could offer no explanation.

After the initial allegations were made in 2019, lawyers for three of the detained Israelis said that DNA tests indicated that their clients had had some form of sexual contact with the woman. Their clients said the encounter had been consensual. It was not clear how or whether the other nine Israelis who had been suspects were involved.

The case drew widespread attention from news media and women’s rights organizations, who expressed outrage over how the police had handled the woman’s allegations and treated her during the investigation. In Israel, much of the reaction to the case revolved around concerns of victim shaming and societal pressures for young men to prove their masculinity.