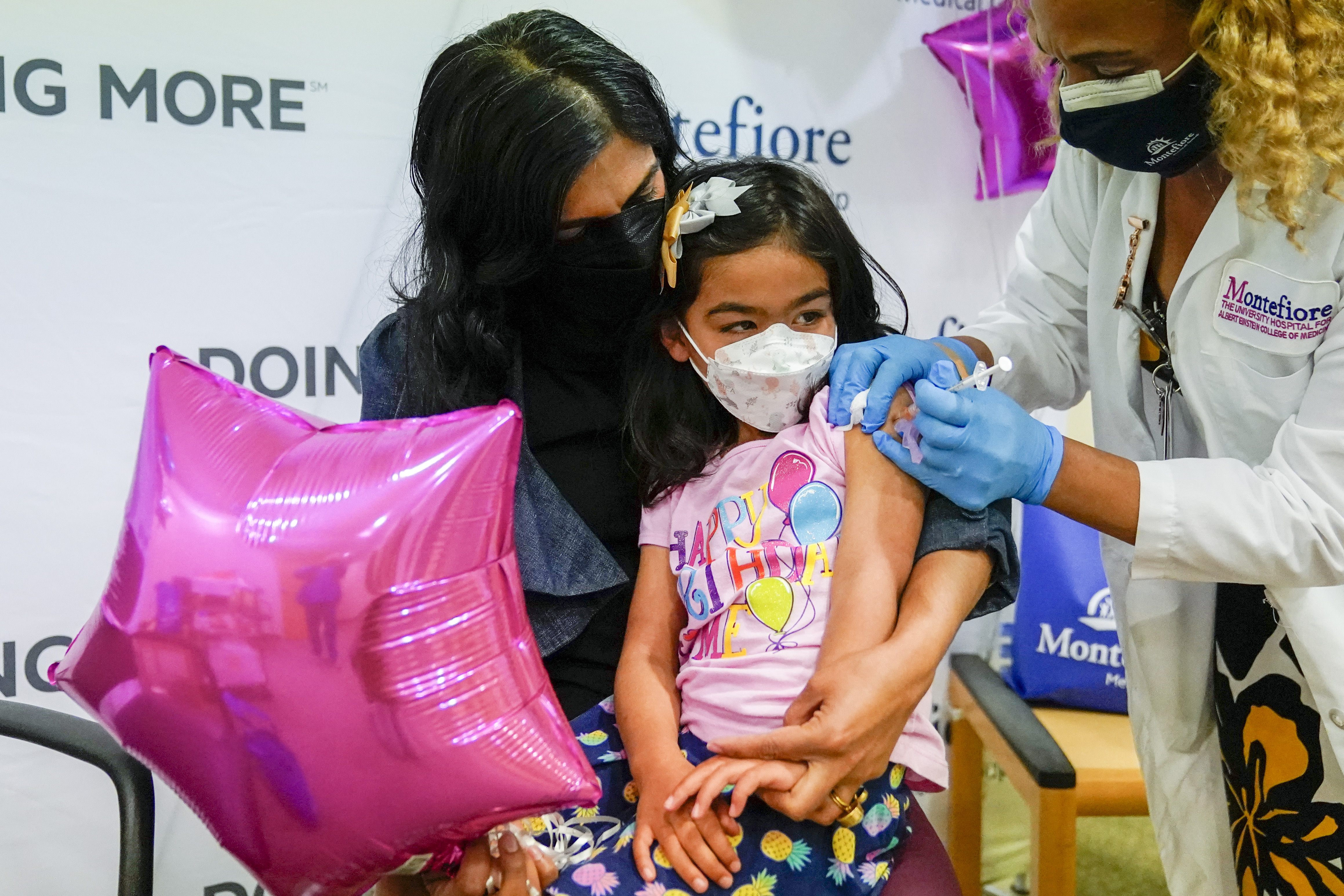 While severe cases of Covid in young children are relatively rare, public health experts and officials worry that the lethargic pace will leave the nation’s youngest children at unnecessary risk as another potential fall or winter Covid-19 infection wave approaches.

“We know that children can have serious outcomes of disease, hospitalization and sadly, hundreds of kids have died from Covid,” Sarah Meyer, the chief medical officer of the CDC’s Immunization Services Division, told POLITICO. “Our message really is that no child should die of Covid. This is a vaccine-preventable disease now.”


As with older groups, the announcement that children between 6 months and 5 years of age were eligible for the vaccine was followed by a burst of demand from those most eager to get it right away. But this time, that initial bump was far smaller and began to plateau early on.

“It peaked relatively early in their eligibility, and it’s probably going to creep along that way,” Kaiser Family Foundation Senior Vice President and Director of Global Health & HIV Policy Jen Kates told POLITICO. “So this group is going to be a much longer-term challenge in terms of getting them vaccinated.”

In some ways, this slower launch was by design. Unlike previous vaccination drives, the federal government’s strategy focused more narrowly on getting most doses into the hands of pediatricians and family doctors. Officials hope that encouraging parents to have conversations with medical providers they already trust will build confidence over time, convincing more parents to get their kids vaccinated.

Most states prohibit pharmacists from vaccinating children under age 3, and state and federal mass vaccination sites that bolstered earlier waves have largely shut down. Most kids in this group are also too young to attend school, another potential source of outreach.

“We did expect to see this type of trend; our vaccination program for this age group is different than the ones we’ve run before,” said Meyer. “We know that parents want their youngest kids to be vaccinated by their health care providers, in their medical home, so these are the providers that they know and trust and are familiar with in these settings.”

According to surveys, parents generally agree that their child’s pediatrician or provider is their most trusted source of information about the Covid-19 vaccine.

“We know that many of our parents look at the internet and social media and their friends, but when they really want that trusted information, they come to their family physician or pediatrician,” Ada Stewart, a family physician in South Carolina who is also board chair of the American Academy of Family Physicians, told POLITICO.

In some ways, experts said, this more deliberate approach is part of the transition to treating Covid-19 like a common endemic disease among many others that children are routinely vaccinated against.

“It’s not just Covid that our children are behind on because they were not coming into the offices. So now is our opportunity to play catch-up,” said Stewart.

But the effort also comes at a particularly difficult time for physician offices, which are struggling with widespread staff shortages and disrupted finances in the pandemic’s wake.

Many pediatricians who stocked the vaccine for older children have decided not to order doses formulated for the youngest group, due to the vaccine’s difficult storage requirements, minimum order sizes and expected low demand from parents. That’s made things more difficult even for the minority of parents eager to get their toddlers vaccinated as soon as possible.

“I can’t tell you how many parents I’ve had come to me and say, ‘Oh thank God you have the vaccine, because we can’t find it anywhere else,’” said Sandra Bonat, a pediatrician in New York who serves as an adviser for VIP StarNetwork, a mobile provider contracted by the state to get the vaccine to underserved communities.

Still, according to the CDC, about 85 percent of children under age 5 live within 5 miles of a vaccination site. The agency has also reached out to providers through the Vaccines for Children network, a longstanding program aimed at administering vaccines for uninsured or underinsured children.

While pediatricians and family doctors may be uniquely equipped to handle concerns, parents remain widely hesitant to get their youngest children vaccinated, with most saying they want to “wait and see” how the initial rollout goes.

“As the ages go down, parents get more and more concerned about how is this going to affect my child’s long-term development. There’s been a lot of misinformation on social media about the long-term effects,” said Bonat. Compared to other routine vaccines, parents still see the Covid vaccines as something “new and different.”

The decision to authorize the vaccine for the youngest group last — a standard practice in vaccine development — could also be a contributing factor.

“The sense of urgency about Covid-19 in our country is much less than it was,” Kates said.

Anecdotally, pediatricians said that parents’ personal experiences with mild Covid cases have reduced their inclination to get kids jabbed, despite studies that show the vaccines still offer additional protection for those who have had it.

“We have parents saying that junior got Covid and is OK, so why do I need to vaccinate him,” Stewart said.

While vaccine hesitancy takes many forms, the politicization of the pandemic is also likely playing a role. Among parents of children under 5 years old, 38 percent of Democrats and Democratic-leaning respondents say they plan to immediately get their children vaccinated or have already done so, compared to 6 percent of Republican and Republican-leaning respondents, according to a Kaiser Family Foundation poll conducted in mid-July.

“We’ve lived with Covid-19 as a front-and-center political football, and I think it’s heightened people’s anxiety and concern about all of this,” said Kates.


While rates are low everywhere, state-level data on the share of the youngest age group vaccinated shows a strong partisan divide — and one that is more extreme than it was for older age groups.

While some jurisdictions — such as the District of Columbia and Vermont — are ahead of the pack, other states have put less emphasis on the latest age group or, in the case of Florida, have decided not to recommend the vaccine altogether contrary to federal guidance.

For pediatricians and family doctors, the problem requires a special degree of sensitivity and understanding.

“As physicians, we have to not talk about the politics and really listen to the patients and meet them where they are,” Stewart said.

And while most doctors are on board with federal recommendations, divides remain. Practitioners in rural parts of the country are less likely to recommend pediatric Covid-19 vaccines, according to a March CDC report.

Nonetheless, federal officials are optimistic that as the weeks go on more toddlers and babies will get the shot.

“This is a time of year when a lot of kids do go to the doctor, so we do expect the numbers to go up,” Meyer said. “We’re going into the fall and winter season where in the past we’ve seen upticks in cases, and sometimes that will prompt parents or others to go out and seek vaccination if they had been holding off until that point.”