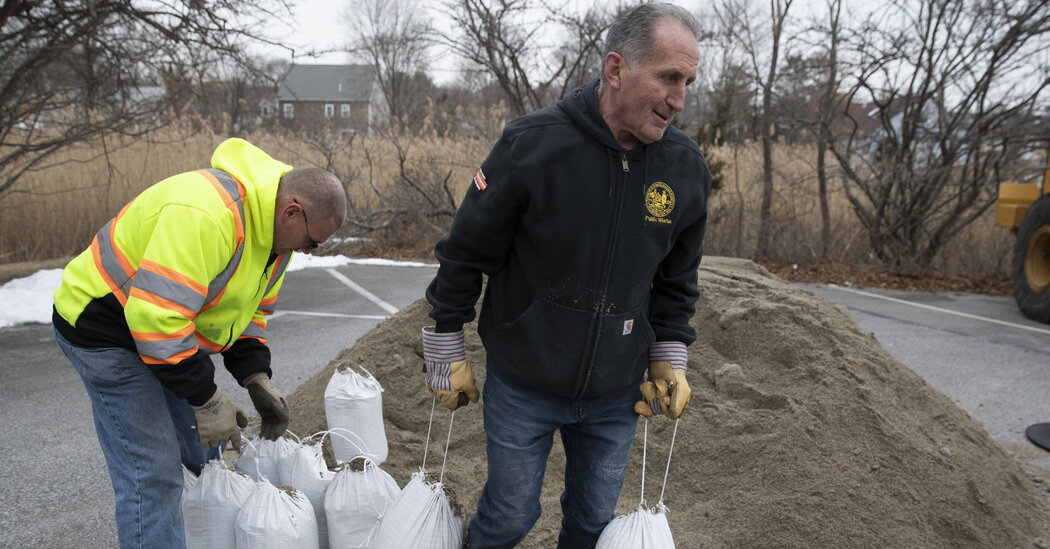 As officials across the Northeast geared up on Friday to face high winds and blizzard conditions, work force shortages caused by Covid-19 complicated their efforts.

The storm’s intensity could further strain staffing stretched thin as the highly contagious Omicron forces sick employees to isolate with symptoms and even asymptomatic patients to quarantine to avoid infecting others.

About 10 or so workers were out because of Covid-19, and the virus was making other tasks more difficult in Plymouth, Mass., which was bracing for more than two feet of snow, said Jonathan Beder, the town’s director of public works.

In addition to the absences, officials were trying not to transport emergency workers in the same vehicle, Mr. Beder said. He added that even contract help was scarce.

“It will definitely slow our response down,” he said.

Mr. Beder is worried about the duration of the storm. If the snow and cleanup last 30 hours or so, as expected, employees working throughout with only occasional breaks will be exhausted, he said. “We don’t have second or third shifts,” he said. “We’re not like a police or fire department.”

In Connecticut, the transportation commissioner said staffing was down about 30 percent, leading to a greater reliance on contractors to fill the gap.

Whether staffing levels are enough will depend on the strength of the storm, the commissioner, Joseph Giulietti, said at a news conference. Snow falling at about an inch an hour should be fine, he said. But if it comes down at three to five inches an hour, as predicted, “we will not be able to keep up with that.”