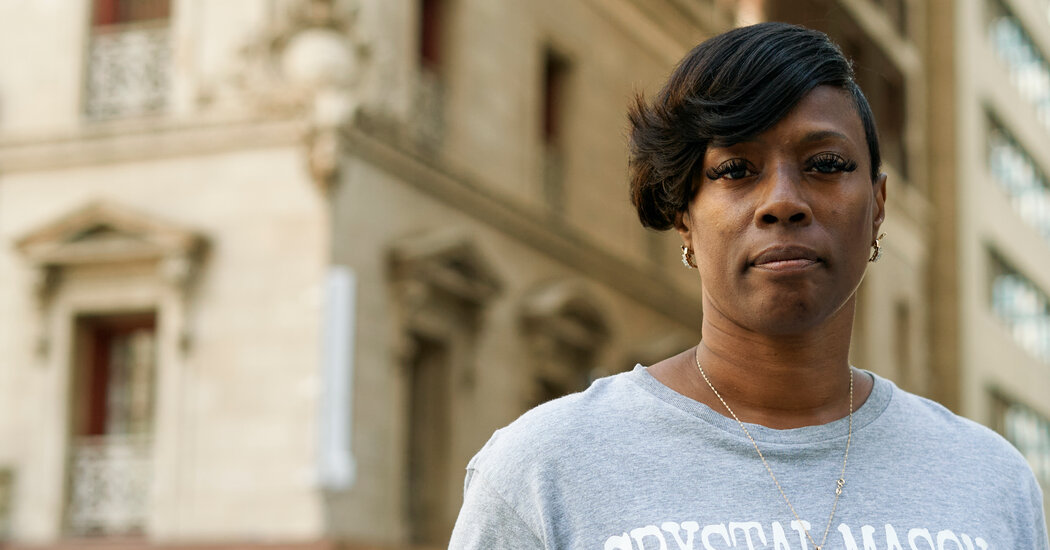 A Texas woman whose five-year prison sentence for illegally casting a provisional ballot in the 2016 election prompted outrage among voting-rights activists will have her case reconsidered by an appeals court, the state’s highest criminal court ruled on Wednesday.

The Texas Court of Criminal Appeals found that a lower appeals court had incorrectly upheld parts of the conviction of the woman, Crystal Mason, who had voted in the general election in 2016, when she was a felon on probation, and filled out a provisional ballot that was never officially counted or tallied. Ms. Mason has insisted that at the time, she did not know she was ineligible to vote and had been advised by a poll worker to submit her provisional ballot.

The Second Court of Appeals in Tarrant County had said in 2020 that Ms. Mason’s unawareness “was irrelevant to her prosecution.” But the Court of Criminal Appeals disagreed, opening a channel for the conviction to be overturned.

“This is great news for Ms. Mason, but the fight is not over,” Tommy Buser-Clancy, a senior staff attorney for the American Civil Liberties Union of Texas who is representing Ms. Mason, said by phone on Wednesday.

The Tarrant County District Attorney’s Office, which prosecuted the case, declined to comment on Wednesday.

Ms. Mason, who is free on bond, said in a statement that she was pleased with the court’s decision and that she was “ready to defend myself against these cruel charges.”

“My life has been upended for what was, at worst, an innocent misunderstanding of casting a provisional ballot that was never even counted,” she said. “I have been called to this fight for voting rights and will continue to serve my community.”

The case of Ms. Mason, who is Black, has spurred anger among voting rights supporters who say her experience and those of others in recent years highlight racial disparities in the criminal prosecution of voter fraud cases. They have described voting rights laws as opaque and confusing for people with felony convictions unsure of their rights.

Republican officials have moved to crack down on voter fraud since the 2020 election, despite the fact that the crime remains a very rare and often accidental occurrence.

Mr. Buser-Clancy said that the Court of Criminal Appeals had clarified “that for an individual to be convicted, they have to actually know that they are ineligible to vote.”

The case is now heading to the Second Court of Appeals in Fort Worth, which will re-examine the evidence.

Lawyers for Ms. Mason have argued that the federal government had made it clear in the Help America Vote Act of 2002 that provisional ballots should not be criminalized because they represent an offer to vote — not an actual vote. They have also argued that Texas’s election laws stipulate that a person must knowingly vote illegally to be guilty of a crime.

In a similar case, a Tennessee prosecutor last month dropped all criminal charges against Pamela Moses, a Memphis woman with a previous felony conviction who was sentenced to six years and one day in prison in January after she tried to restore her right to vote in 2019.