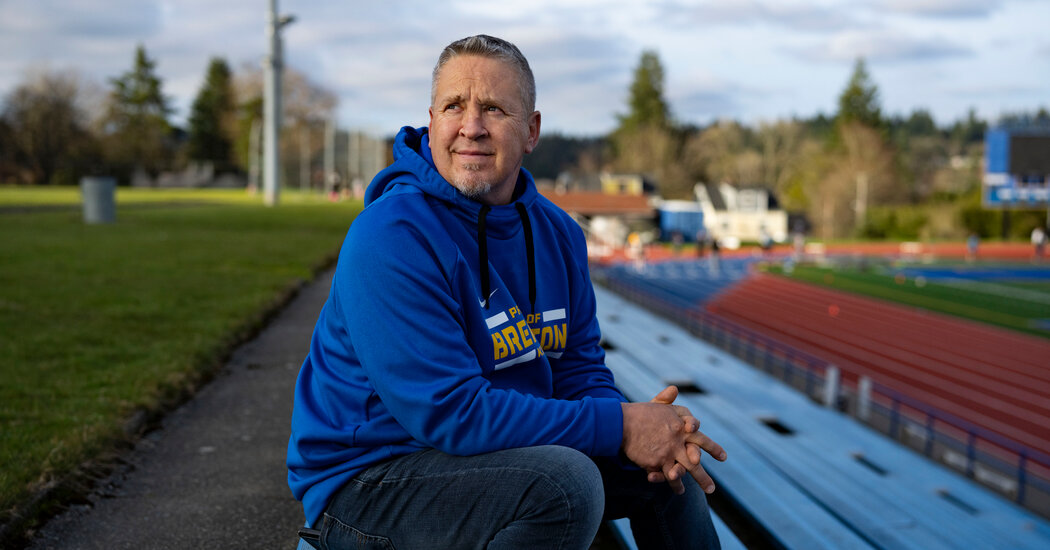 Mr. Kennedy’s early years were troubled, he said, but he straightened out in the Marine Corps, serving for two decades. Returning home in 2006, he went to work at the shipyard. Not long after, he was offered a spot as an assistant coach, a big commitment that came with a modest stipend of about $4,500 for the season.

As he weighed the offer, he happened upon a football movie on television, “Facing the Giants.”

“God came down and just gut-punched me and answered the question of whether I should coach,” Mr. Kennedy said. The answer: “Absolutely.”

The idea of thanking God after games came from the movie, he said: “I kind of plagiarized it.”

Mr. Kennedy said he prayed after games for years without controversy. If parents asked what he was doing, he said he was “just thanking God.” If they said they did not want their children to take part, he told them that was fine.

He also led students in prayer in the locker room, a practice neither he nor his lawyers now defend.

The sole issue in the case, said Hiram Sasser, a lawyer with First Liberty Institute, which represents Mr. Kennedy, was whether he could offer a silent, solitary prayer on the field after the game.

“If somebody comes near you,” Mr. Sasser added, “you don’t need to run away.”

The school district countered that the context mattered, noting that a judge on the U.S. Court of Appeals for the Ninth Circuit, in San Francisco, had criticized what he called “a deceitful narrative” created by Mr. Kennedy’s lawyers.