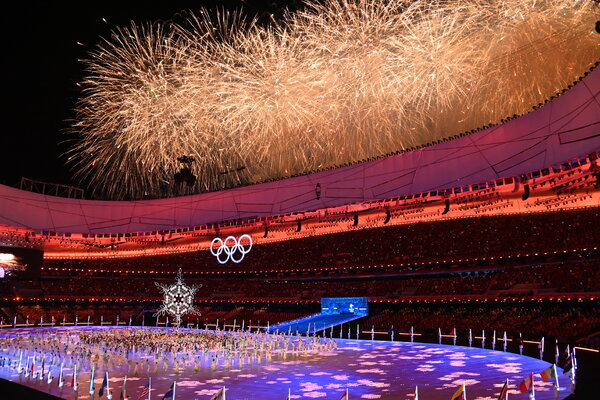 Norway, which won the first gold medal of the Beijing Games and then just kept on winning them for two weeks, added its 16th and final gold on Sunday in the final cross-country skiing race of the Games.

The total, a record for one country at a single Winter Games, capped a relentless show of multisport dominance by Norwegian athletes that put the country of five million people comfortably ahead of more populous rivals like Russia, Germany, Canada and the United States.

Norway’s 37 medals were five more than Russia, which finished second in the medals table, and its 16 golds safely outdistanced Germany’s 12. And while many of its medals came in disciplines the country has long dominated — it won 14 in biathlon, for example, more than a third of its total — Norway also showed variety by winning in sports like ski jumping, Nordic combined, speedskating and cross-country and freestyle skiing

Norway’s first and last medals were won by the same athlete: Therese Johaug, who captured the Games’ first gold in the women’s skiathlon on the day after the opening ceremony and a final one in the women’s 30-kilometer freestyle race that ended only hours before the closing ceremony. In between, Johaug collected a third gold in the 10-kilometer classic event.

“I am so proud and I am so happy,” Johaug said, adding, “I was so, so happy 14 days ago when I got my first one, and I cannot believe I should have more.”

Johaug was one of 11 Norwegian Olympians who will leave the Games with more than one medal. The biathletes Marte Olsbu Roeiseland (3 gold, 2 bronze) and Johannes Thingnes Boe (4 gold, 1 bronze) led the way with five each.

With Boe’s older brother, Tarjei, collecting four medals of his own in biathlon, the Boe family ranked 13th in the overall medals table, tied with South Korea and just ahead of Finland — to match the cross-country skier Johannes Hoesflot Klaebo. Klaebo had come to China with the long-shot hope of winning six golds; instead, he went home with more of an assortment: two golds, one silver and a bronze.

“It’s been an amazing Games for the whole team of Norway,” Johaug said.