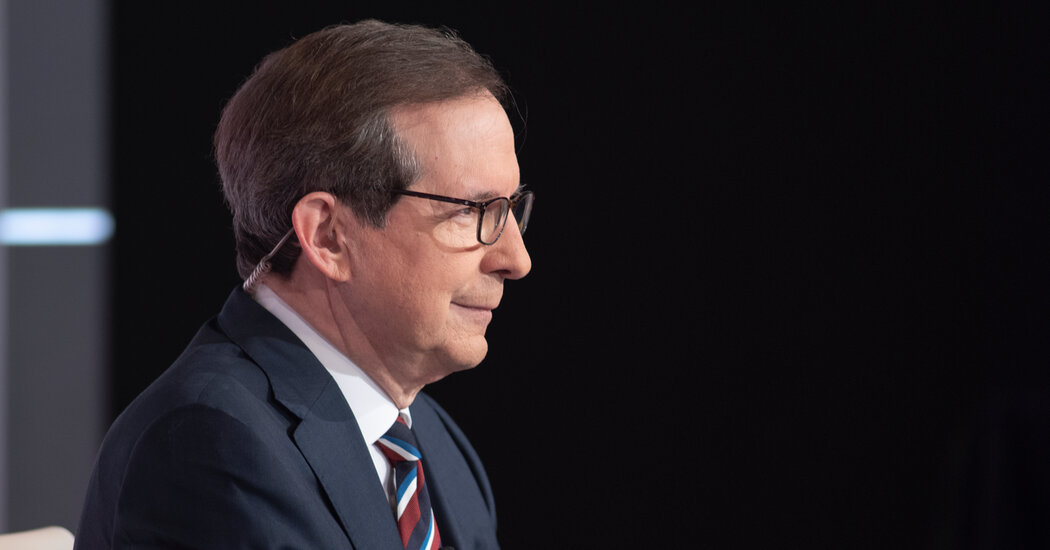 “Before, I found it was an environment in which I could do my job and feel good about my involvement at Fox,” Mr. Wallace said of his time at the network. “And since November of 2020, that just became unsustainable, increasingly unsustainable as time went on.”

Still, he acknowledged that some viewers may wonder why he did not leave earlier.

“Some people might have drawn the line earlier, or at a different point,” he said, adding: “I think Fox has changed over the course of the last year and a half. But I can certainly understand where somebody would say, ‘Gee, you were a slow learner, Chris.’”

Mr. Wallace said his new CNN+ series, which airs at 6 p.m. Mondays through Thursdays, was inspired by the work of famed interviewers like Larry King and Charlie Rose. (His father, the “60 Minutes” legend Mike Wallace, hosted a versatile interview program of his own in the late 1950s, with guests ranging from Henry Kissinger to the actress Jean Seberg.)

The set of the show is sparse, just Mr. Wallace and a guest sitting on either side of a Plexiglas table — a more brightly lit version of Mr. Rose’s long-running PBS format. Mr. Wallace said he hoped “to have the kind of intimate, thoughtful conversation where we forget we’re on camera in a studio.”

The service, which costs $6 a month, debuts on Tuesday, years after the arrival of streaming competitors like Fox Nation and the CBS News Streaming Network. CNN executives view it as a major effort to gain a foothold with viewers who are abandoning cable subscriptions in favor of online alternatives for news.

The stakes are high for CNN, which is undergoing wrenching change. The channel’s parent company, WarnerMedia, is expected to be acquired by Discovery Inc. in the next few weeks. A new president, Chris Licht, is taking over CNN after the network’s longtime leader, Jeff Zucker, resigned in February over an undisclosed relationship with a colleague.