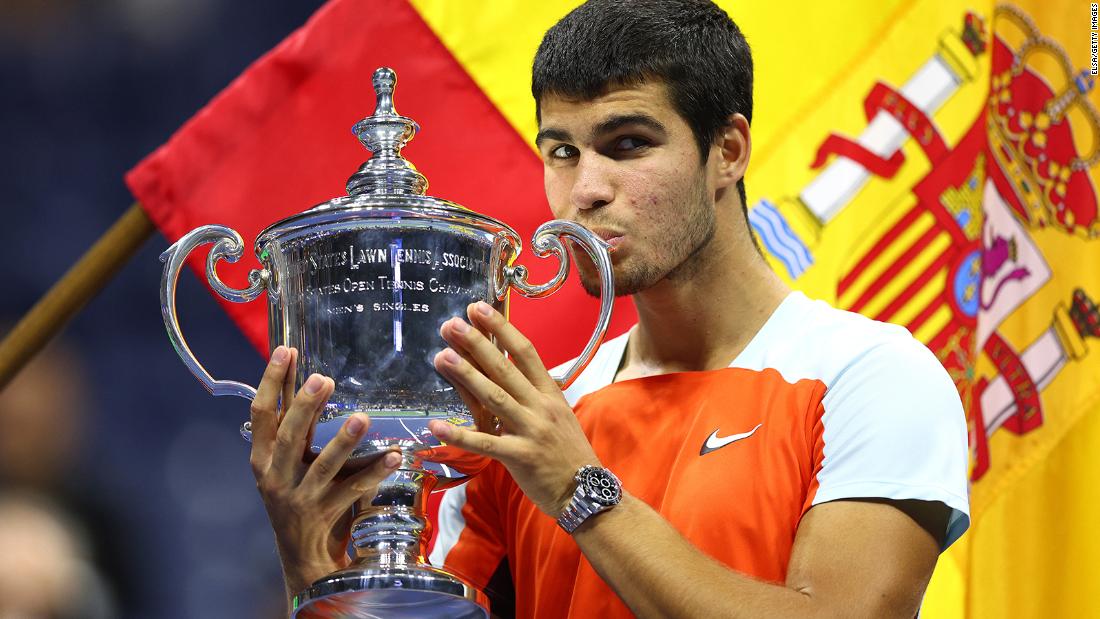 “This is something I’ve dreamt of since I was a kid. To be No. 1 in the world, to be a champion,” Alcaraz said, adding he thought about some of his family members who couldn’t make it to watch him play.

“I always say it’s not time to be tired in the final round of the grand slam, you have to give everything you have inside,” he said.

“Today was a special day, both Carlos and I knew what we were playing for and both knew what was a stake,” Ruud said. “I’m disappointed of course that I’m not No. 1, but No. 2 isn’t so bad either.”

Alcaraz played three consecutive five-set matches on the way to the final, including the second-longest match in the history of the US Open when he overcame Jannik Sinner at 2:50 a.m. in the quarterfinals on Thursday — the tournament’s latest ever finish.

“It’s the final of a grand slam, fighting for the No. 1 in the world — something that I have dreamed of since I was a kid,” Alcaraz told reporters early Saturday after defeating Frances Tiafoe in the final four.

Throughout the US Open, the Spaniard enthralled crowds with his speed, athleticism and outrageous shot-making. This latest victory could be the first of many grand slam titles over the course of his career.

A clay court specialist, Alcaraz has drawn comparisons to 22-time grand slam champion Nadal and is just the second player in the Open Era to make the US Open final in his teens after Pete Sampras.

“Right now, you can see that all the hard work I put in every day is paying off,” Alcaraz told reporters early Saturday.