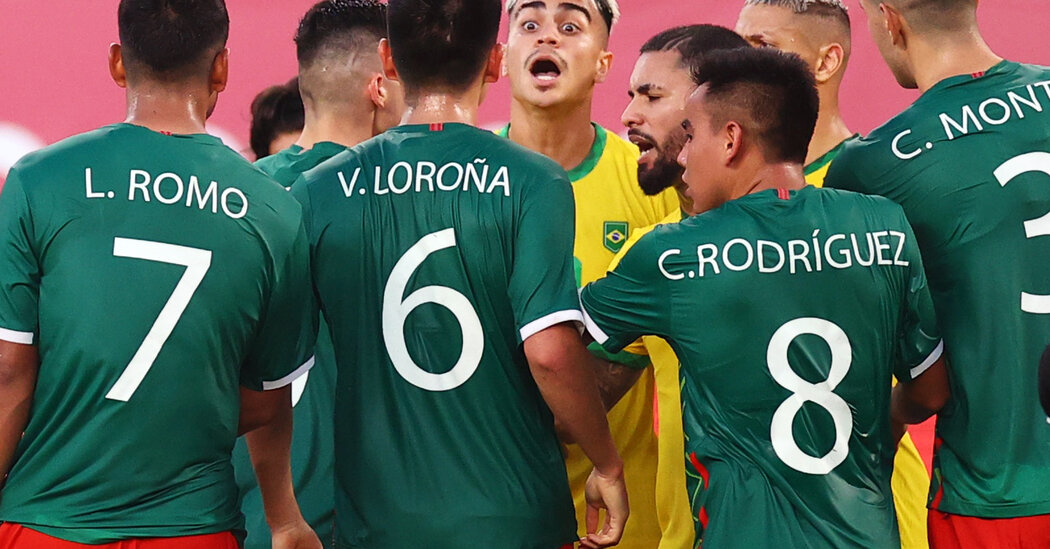 Brazil beat Mexico on penalty kicks, 4-1, to advance to the Olympic men’s soccer remaining after a foul-filled semifinal that featured 10 yellow playing cards however no targets.

Dani Alves, Gabriel Martinelli, Bruno Guimaraes and Reinier transformed their kicks in the shootout for Brazil after their goalkeeper, Santos, stopped Mexico’s first penalty and then watched its second try hit the submit and bounce away.

Spain’s winner got here with 5 minutes left in the second extra-time interval, when Asensio, who had entered the match as a substitute, discovered a few yards of area in Japan’s penalty space and curled in a left-footed shot inside the far submit.

Spain’s journey to the remaining is its first since 2000, when it gained the silver medal in Sydney. It final gained the Olympic event in 1992, on residence soil in Barcelona.

The Brazil-Mexico semifinal at Ibaraki Kashima Stadium was a rematch of the 2012 Olympic remaining, and featured the previous two men’s soccer champions. Mexico beat Brazil at Wembley in 2012, and Brazil claimed its first men’s title on residence soil in 2016.