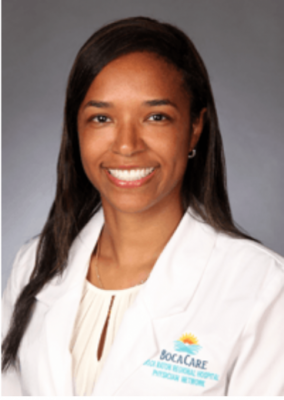 (Black PR Wire) The good news on cancer? According to the National Cancer Institute (NCI), cancer incidence and mortality overall are declining in all population groups in the U.S.—due in large part to impressive advances in diagnosis and treatment as well as increased public awareness of the need for regular screenings. The bad news? Minority populations – Blacks and African-Americans, in particular – are still more likely to develop cancer and die from the disease.

According to NCI statistics, significant health disparities exist within these populations, especially when it comes to certain types of cancer:

“Not only are Black and African-American women more at risk for developing breast cancer than any other type of cancer, they’re also twice as likely to be diagnosed with triple negative and inflammatory breast cancers,” says Dr. McDonald. Of even more concern, she notes, is the fact that Black women also have the highest breast cancer mortality of any racial or ethnic group in the country. “A Black woman in the U.S. is 42 percent more likely to die from breast cancer than a White women. That’s a shocking number—it shouldn’t be that high.”

What are the causes of cancer health disparities?

Cancer disparities reflect the interplay among many factors, according to the NCI. These include social determinants of health, behavior, biology, and genetics—all of which can have profound effects on health, including cancer risk and outcomes. Also, certain groups in the United States experience cancer disparities because they are more likely to encounter obstacles in getting health care.

“Many people in minority populations are struggling financially and lack access to quality health care and health insurance,” according to Sarah Joseph, M.D., a gastrointestinal medical oncologist at Miami Cancer Institute. “In addition, a large percentage have hourly jobs where it can be a real challenge to take time off from work and get to and from health screenings and doctors’ appointments.”

Another reason for cancer health disparities, Dr. Joseph says, is that Blacks/African-Americans tend to have a higher degree of comorbidities – other diseases they may be suffering from at the same time – which can affect their cancer treatment and prognosis.

How can racial and ethnic disparities be improved?

Addressing racial disparities in cancer care – and healthcare in general – requires looking at the root causes, according to Dr. Joseph. “We need to expand health care coverage, which entails providing cost-effective insurance, and also improve access to healthcare providers,” she says. “We also need to do more to educate the population on the signs and symptoms of cancer, and the importance of regular cancer screenings and preventative care.”

Dr. Joseph also suggests decreasing access to cigarettes, providing more outlets for a healthy lifestyle including diet and exercise, and making vaccinations such as Gardasil, which can prevent cervical cancer in women, more accessible. “Knowing your family history is also very important, as it can help guide you towards screening,” Dr. Joseph adds.

What can you do to prevent cancer?

Dr. McDonald stresses that these recommendations can benefit anyone, regardless of what racial or ethnic group they belong to. “Following these simple steps can not only help keep you healthy, it may also save your life.”