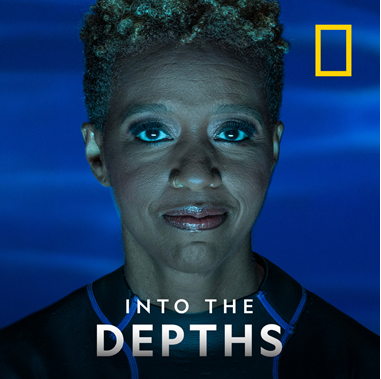 (BPRW) NATIONAL GEOGRAPHIC DIVES INTO THE UNTOLD HISTORY OF THE TRANSATLANTIC SLAVE TRADE WITH NEW PODCAST, INTO THE DEPTHS, LAUNCHING JAN. 27

(Black PR Wire) Washington, DC – Ahead of Black History Month, National Geographic is launching a strong new podcast, INTO THE DEPTHS, on Jan. 27, 2022, that uncovers the deep historical past of the transatlantic slave commerce because it follows a bunch of Black divers who’re devoted to discovering and serving to to doc slave shipwrecks. The podcast sequence trailer is now out there on Apple Podcasts and wherever podcasts are discovered, in addition to at http://natgeo.com/intothedepths. The podcast can even be accompanied by a canopy story within the March challenge of National Geographic journal, out there on-line on Feb. 7, and a National Geographic documentary particular, CLOTILDA: LAST AMERICAN SLAVE SHIP, premiering Monday, Feb. 7, 10/9c on National Geographic and out there to stream subsequent day on Hulu.

The six-part podcast sequence, funded partially by the National Geographic Society, highlights the journey of National Geographic Explorer Tara Roberts (@curvypath_tara on Instagram), who stop her job and left her life behind to comply with within the footsteps of Diving With a Purpose, a bunch of Black divers who traverse the globe in quest of long-lost slave shipwrecks and the reality of the historical past that accompanies them. The podcast follows Roberts from Florida to Costa Rica, and from the continent of Africa again to Roberts’ household residence in Edenton, North Carolina, the place the journey rapidly turns private for her.

“What I was experiencing was this sense of longing. I think this is a unique thing for African Americans. Where is home for us?” she asks within the fourth episode of the sequence. The query leads her on this life-changing journey.

“INTO THE DEPTHS is a profound and personal exploration of identity and history as told through the lens of Black scientists and storytellers eager to deepen our understanding of American history,” says Davar Ardalan, government producer of Audio for National Geographic.

The podcast, which can drop from Jan. 27 to March 3, options over 40 voices, together with underwater divers and archaeologists – descendants of these introduced over on the ships, historians, and quite a lot of consultants whom Roberts works with to uncover these tales. Ken Stewart, diver and co-founder of Diving With a Purpose, is featured within the second episode as Roberts dives into the story of the Spanish pirate ship, the Guerrero, which wrecked off the coast of Florida in 1827. Meanwhile, the city of Africatown, Alabama, made up of the direct descendants of Africans dropped at America on the slave ship Clotilda, make an look in episode six. The journey brings Roberts to a deeply painful and private crossroads regarding her identification as a Black American as she searches for a way of belonging. You can pay attention on Apple Podcasts and wherever podcasts are discovered.

“As I got to know the divers, the ships they had found, the stories of those who had been captured, I realized this was a way to come to grips with those 400 years, with this traumatic history [of much of the Black population in the United States],” Roberts explains within the opening of the primary episode. “Through these ships, we could bring lost stories up from the depths and back into collective memory.”

The podcast sequence was produced and directed by Francesca Panetta with National Geographic’s Carla Wills as government editor and producers Mike Olcott and Bianca Martin.

“As a Black journalist, it’s been uplifting to edit and produce this podcast together with Black women storytellers who have brought tremendous insights and creativity to this groundbreaking series, including Tara as well as National Geographic Explorer and poet Alyea Pierce, sound designer Alexis Adimora, and producer Bianca Martin,” Wills says.

National Geographic can be encouraging listeners to pay attention with their crews and host their very own COVID-19-safe listening events by providing a downloadable listening party toolkit, out there at natgeo.com/intothedepths. The toolkit will embrace an episode information, dialogue information, social sharing graphic, and extra, in addition to useful info relating to tips on how to take part within the dialog on-line utilizing #intothedepths.

In addition to the podcast sequence, Roberts will probably be featured on the quilt of the March challenge of National Geographic journal, which will probably be revealed on-line at natgeo.com/intothedepths on Feb. 7. The function will profile Roberts’ journey as she travels with the divers to analyze the misplaced tales of the slave commerce – each to develop the historic file and to honor the 1.eight million unsung souls who perished throughout the center passage.

National Geographic can even premiere a documentary particular, CLOTILDA: LAST AMERICAN SLAVE SHIP, about essentially the most intact slave shipwreck discovered so far and the one one for which we all know the total story of the voyage, the passengers and their descendants. In July 1860, on a guess, the schooner Clotilda carried 110 kidnapped Africans to slavery in Alabama. The traffickers tried to cover their crime by burning and sinking the ship, however now, for the primary time since Clotilda arrived in America, maritime archaeologists enter the wreck. In a harmful dive, they discover the precise cargo maintain and discover bodily proof of the crime the slave merchants tried so arduous to cover. Descendants of the passengers share how their ancestors turned a merciless tragedy into an uplifting story of braveness and resilience.

The particular options consultants embrace the next: