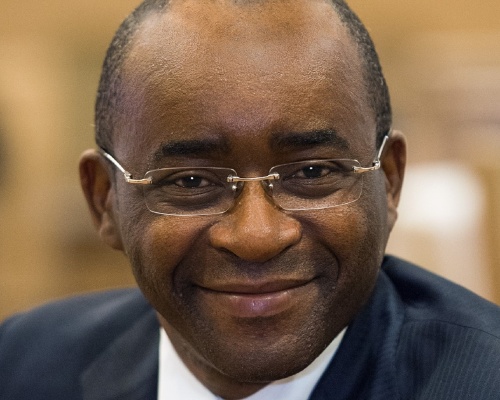 (BPRW) BILL & MELINDA GATES FOUNDATION ANNOUNCES TWO BOARD OF TRUSTEES MEMBERS FROM THE CONTINENT OF AFRICA AND RENEWED COMMITMENT TO DIVERSITY, EQUITY, AND INCLUSION

Strive Masiyiwa and Baroness Nemat (Minouche) Shafik appointed in first group of trustees not from the Gates or Buffett families, marking a new era of governance and diverse perspective

Masiyiwa and Shafik are the first Gates Foundation Trustees from the Continent of Africa and among the first group of Trustees appointed who are not from the Gates family or Warren Buffett. They join Suzman and Bridgespan Group co-founder Thomas J. Tierney as trustees.

“We are honored that these three deeply knowledgeable and respected individuals have agreed to join the foundation board,” writes Suzman in the 2022 Annual Letter. “Between them, they bring an incredible track record of impact across global business, philanthropy, and development, and we couldn’t be more excited to work with them.”

Founder and Executive Chairman of the Econet Group, Strive Masiyiwa built Africa’s largest independent fiber network, totaling more than 100,000 kilometers. He has worked with the Gates Foundation for a number of year and his family foundation has provided scholarships 250,000 young Africans over the past 20 years.

Strive Masiyiwa, chairman and founder of Econet Group, said: “Over the last 20 years I have worked with the Gates Foundation, beginning with efforts to improve agricultural production for more than 400 million smallholder farmers in Africa, to improving livelihoods for the poorest people across Africa and the world. We have worked together to address global health crises like the Ebola and COVID-19 pandemics. I am honored to join the co-chairs and the incredible team at the foundation in fighting disease and poverty throughout the world.”

The Director of the London School of Economics and former Deputy Governor of the Bank of England, Baroness Nemat (Minouche) Shafik is a leading economist working in academia, government and business.

Baroness Shafik, director of the London School of Economics and Political Science, said: “I am honored and delighted to be joining the board of the Bill & Melinda Gates Foundation and I look forward to working with my fellow board members to support its mission of advancing human flourishing. I’ve spent my career working in some of the world’s great international and academic institutions because, like Melinda and Bill, I realize that the hardest problems facing humanity are not confined to a single country or sector, but are universal challenges that call for reason, empathy, and cooperation. I’ve long admired the foundation for standing for those values across borders and all parts of society. The pandemic, climate change, and other crises have shown its work to be more relevant and necessary than ever. I will dedicate my service as a board member to upholding those collaborative values within an organization that exists to enable everyone to live a healthy and productive life.”

Suzman writes, “In the words of Graça Machel, a long-time champion of health and development in Africa and a foundation partner, we needed to get much better at “listening with respect” to other points of view in the countries and communities where our work was focused….It also requires a clear and unambiguous commitment to diversity, equity, and inclusion.”

Learn more about the board of trustees here.