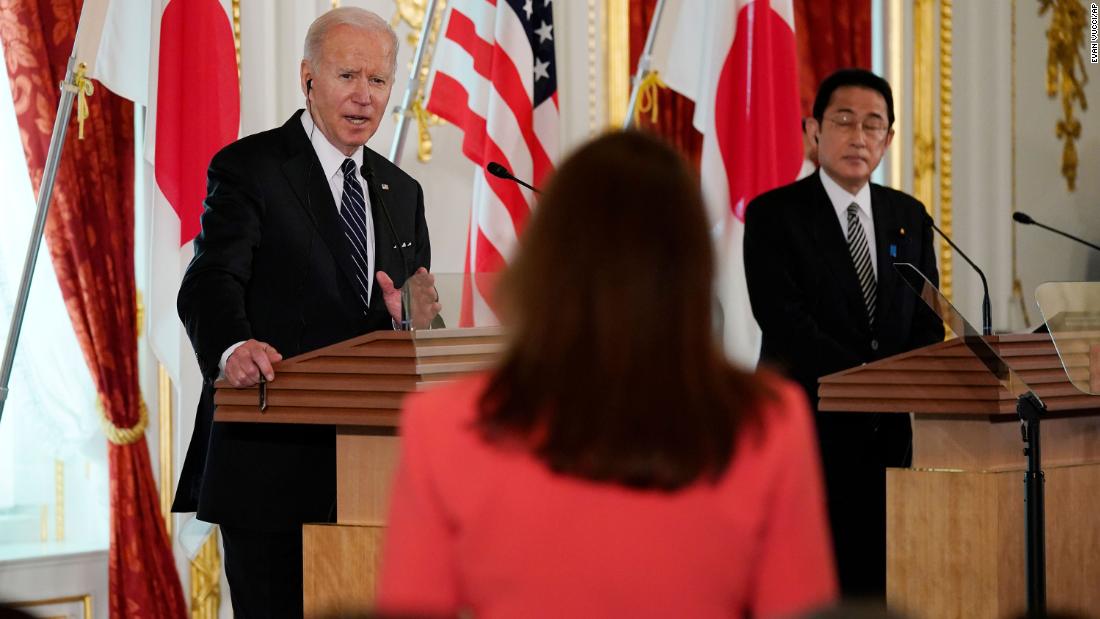 The President argued the US has made “significant progress” in its recovery from the coronavirus pandemic, which he said has put America in a better position than other countries around the globe struggling with the same issues. But he predicted it would take time to fully recover, saying, “This is going to be a haul. This is going to take some time.”

“When it comes to the gas prices, we’re going through an incredible transition that is taking place that, God willing, when it’s over we’ll be stronger and the world will be stronger and less reliant on fossil fuels when this is over,” Biden said.

The President acknowledged, “It’s bad. The price of gas at the pump … would be a matter of great discussion at my kitchen table when I was a kid growing up. It’s affecting a lot of families.”

The US is releasing 180 million barrels of oil from emergency reserves, but experts are skeptical of the move having a large enough impact on oil prices.

The President also said he was considering removing Trump-era tarrifs on Chinese goods, which Treasury Secretary Janet Yellen has said impose more harm than good on American consumers and businesses.

“I’m talking with the secretary when we get home. I am considering it. We did not impose any of those tariffs. They’re imposed by the last administration and they’re under consideration,” Biden told reporters.

The news conference in Tokyo came during Biden’s first trip to Asia since becoming President.

Biden on Monday unveiled his economic plan for countering China in Asia, which is one of the centerpieces of Biden’s visit to the continent. The Indo-Pacific Economic Framework is Biden’s attempt at engaging a region coming increasingly under the influence of China.