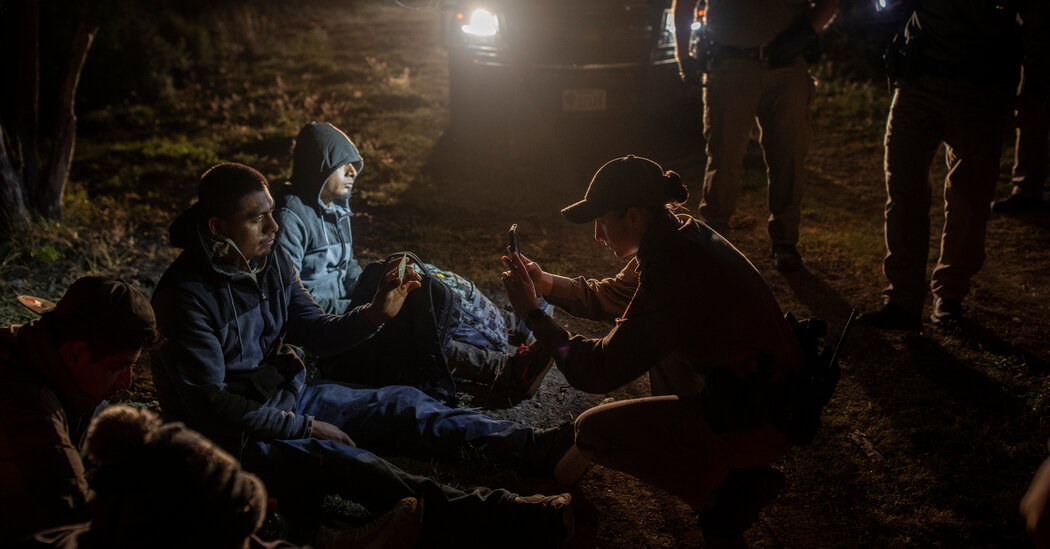 A federal judge on Monday said he would block the Biden administration from any early moves to lift a public health policy that is being used to swiftly expel thousands of migrants at the southern border.

Plans to terminate the policy known as Title 42 on May 23 have led to predictions of a substantial new surge of migrants and vigorous attempts by governors in several states to keep the health order in place.

In a notice on Monday, Judge Robert R. Summerhays of the United States District Court for the Western District of Louisiana said he would grant a motion filed by the states of Missouri, Louisiana and Arizona to block any early moves to begin phasing out implementation of Title 42 in advance of the planned termination in May.

The judge did not order the federal Centers for Disease Control and Prevention to keep in place the public health order, initially adopted under the Trump administration to slow the spread of Covid-19. Its effect has been to substantially reduce the number of undocumented migrants allowed to enter the United States, a key goal of Mr. Trump’s immigration policies.

President Biden, who came to office vowing a more humane border policy, has nonetheless been scrambling to plan for the expected impact of lifting the public health order. Some predictions have suggested that up to 18,000 migrants a day could cross the southern border once the policy is no longer in place.

The motion filed by the three states, which the judge said he intended to sign, calls for requiring the Department of Homeland Security to halt any processing of migrants from El Salvador, Guatemala and Honduras in the manner done before the public health measure, which essentially allowed many migrants to enter the United States and file asylum claims.

The temporary restraining order will end in 14 days, it said, unless the court takes action to dissolve or extend it before its expiration.

The lawsuit was filed on April 3 by Missouri, Louisiana and Arizona, two days after the C.D.C. issued its order directing an end to the policy in May. Judge Summerhays, an appointee of former President Donald J. Trump, announced his intention to grant the motion during a virtual status conference on the case.

A number of Republican lawmakers, as well as an increasing number of Democrats, had been critical of the plan to eliminate the measure because of the predictions of chaos that would ensue along the border.

At the same time, progressive Democrats had pressured the Biden administration to scrap the policy, which they said was no longer justified for health reasons and was instead being used to limit immigration.

Swelling numbers of migrant encounters by the U.S. Border Patrol gave Republicans ammunition to attack the administration for failing to control unauthorized migration, even with the order in place.

The Texas attorney general, Ken Paxton, on Friday filed a lawsuit against terminating Title 42, describing it as “the only” rule holding back a “devastating flood of illegal immigration.”

Authorities encountered more than 221,000 migrants last month, the largest number in at least two decades. In March, officials turned people away under Title 42 half of the time.

The public health order has always been used inconsistently, with the government allowing migrants in under humanitarian exemptions and other reasons.

Along many stretches of the border, Mexican authorities on the other side refused to accept the return of migrants with young children and from far-flung countries, such as Brazil, Cuba and India.

“We have said from the start that it was never justified, and we applauded the C.D.C. decision to lift the order,” said Robyn Barnard, senior advocacy counsel for Human Rights First. “It is clear from these lawsuits and attempts in Congress to keep Title 42 in place that all pretexts that this was a public-health measure were just that.”

Recent polling has suggested that lifting Title 42 was regarded unfavorably by a majority of voters, and the president’s party already faces headwinds going into the midterm elections.

The White House has said that Title 42 was a public health provision and that a determination to lift it was made by the C.D.C., compelling it to prepare to handle an increase in the volume of migrants crossing the border.

Vedant Patel, a White House spokesman, referred a request for comment on the filing and questions of whether the administration would appeal to the Justice Department. In a tweet, Missouri’s attorney general, Eric Schmitt, wrote, “Our Office just obtained a temporary restraining order to keep Title 42 in place. This is a huge victory for border security, but the fight continues on,”