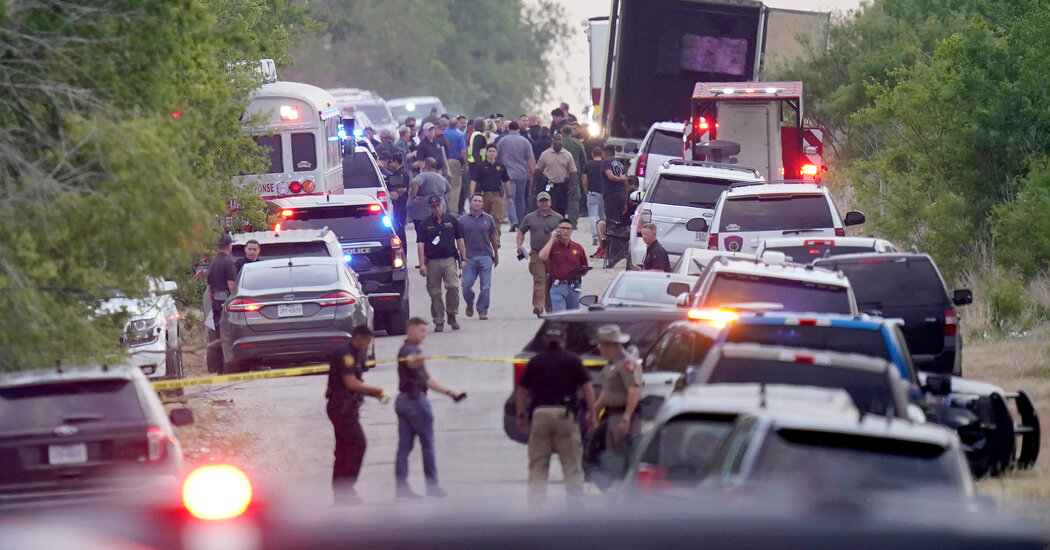 SAN ANTONIO — A day after dozens of people were found dead in the back of a tractor-trailer in the heat of the scorching Texas sun, the authorities were working to identify the victims and untangle one of the deadliest border-crossing attempts in years.

The bodies of at least 46 people believed to be migrants were found dead on Monday, in and around an abandoned tractor-trailer on the outskirts of San Antonio, officials said. At least 16 others, including children, were taken to hospitals alive but suffering from apparent heat exhaustion and dehydration.

Some 22 Mexicans, seven Guatemalans and two Hondurans were identified among the dead, Mexico’s Foreign Minister, Marcelo Ebrard, said on Tuesday on Twitter.

Officials did not identify a cause of death, but suggested that extreme heat most likely contributed. The truck did not have air-conditioning, officials said, and the temperature reached 101 degrees in San Antonio on Monday. The city’s fire chief, Charles Hood, said the people who were transported to hospitals were “hot to the touch.”

An employee from a nearby business discovered the truck around 6 p.m. after hearing a cry for help, William McManus, the chief of the San Antonio Police Department, said on Monday. The worker found the doors of the trailer partly open, with several bodies inside and at least one outside, he said.

Border crossings are always dangerous, with hundreds of migrants often packed into vehicles, sometimes without water, fresh air or food. Many have been killed in crashes, while others have overheated. All of the victims on Monday were believed to have crossed into the United States illegally from Mexico.